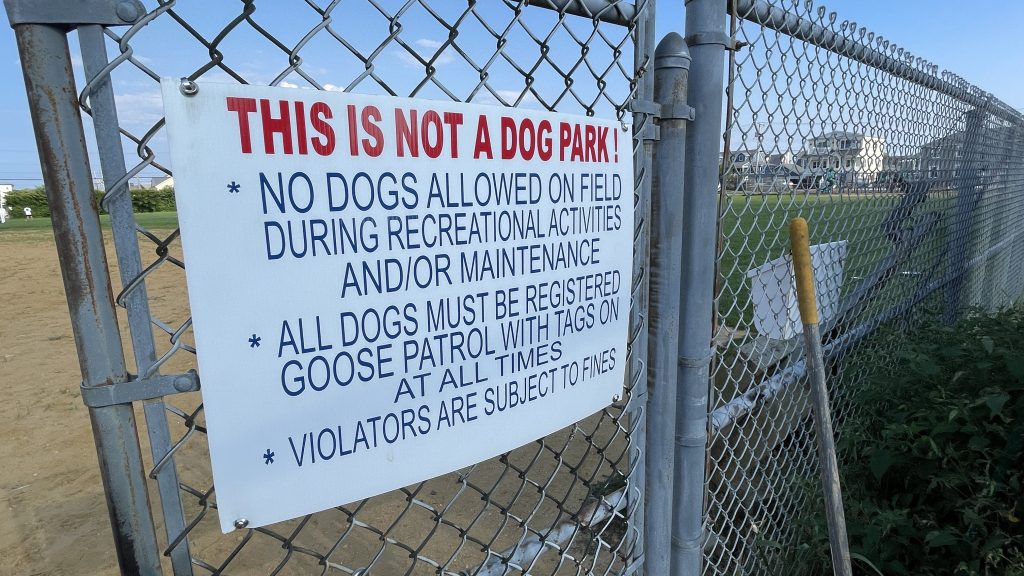 Lavallette officials this week adopted changes to the borough’s “Goose Patrol” program, in which dog owners who register with the town can legally allow their pets into Chandler Field and parks along the bayfront in order to deter geese from nesting (and, in turn, leaving their droppings) on the properties. The program worked well, with the scent of the dogs causing geese to avoid the public fields, eliminating the need for more direct geese removal efforts.

Changes to the program were proposed after officials began receiving complaints from users of the borough’s parks for the first time in years. This time, instead of worries over goose droppings, the concerns centered on the unavailability of parks to be used for their intended purpose: sporting events. Borough council members ultimately determined that pets outside of the legally-registered Goose Patrol were frequently accessing the parks, sometimes refusing to leave despite having no permission to be there.

“We adopted this program about ten years ago, mainly because the fields were covered by goose feces, and they were to the point where they were unable to be used for sporting activities,” said Mayor Walter LaCicero two weeks ago. “We also had a request for a dog park at the time, and there was no consensus on that, nor was there really an appropriate place to locate it.”


Changes proposed last month were formally adopted this week without any objection. The changes include raising the participation fee to $50 per pet and limiting the number of dogs that have legal permission to enter the park areas. The extra funds will be utilized to purchase a webcam that provides an overhead view of Chandler Field. That way, officials said, dog owners can see if the park is occupied before bringing their pets. 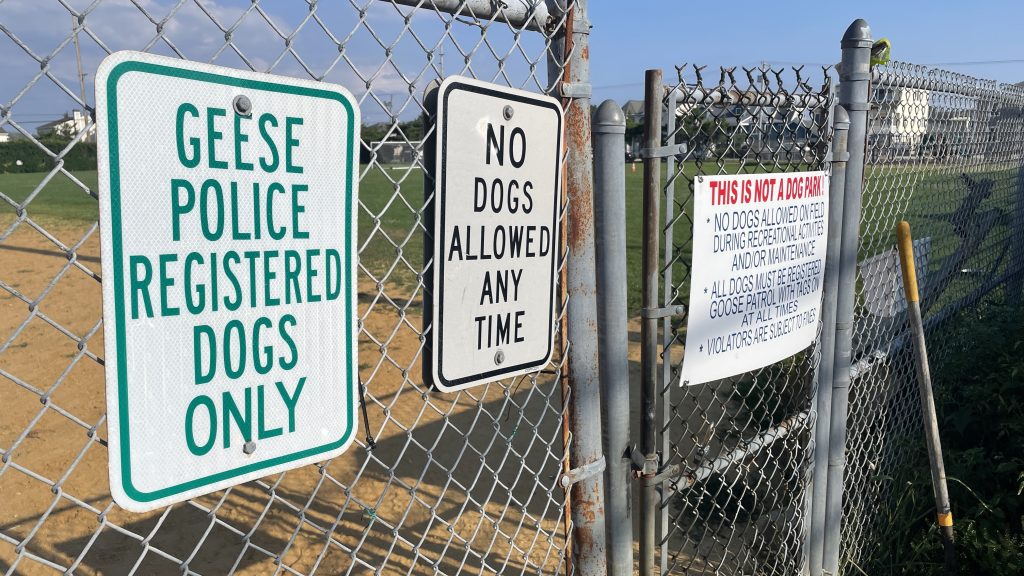 The registration process itself will also be tightened, with a review to be conducted for each application so year-round Lavallette residents receive priority, followed by part-time residents, barrier island residents and nonresident participants.

“There are already built into it some limits on nonresident participation in the program itself, but due to the way the licenses are issued, the people downstairs do not know how many residents are licensed,” said LaCicero. “We want to try to get the overall participation down to a level that is not going to bring the program into conflict with other activities going on there.”

While historically, between 100 to 150 dogs were registered to participate in the program each year, the pandemic ushered in not only a proliferation of remote-based workers, but more pets that have been acquired as their companions. This year, about 300 dogs were registered to participate – not including the unauthorized dogs that have turned up.

Beginning with the start of 2023, each application for participation in the Goose Patrol program will need to be reviewed by a committee and formally approved. The borough will also set a hard number of applications that may be approved.