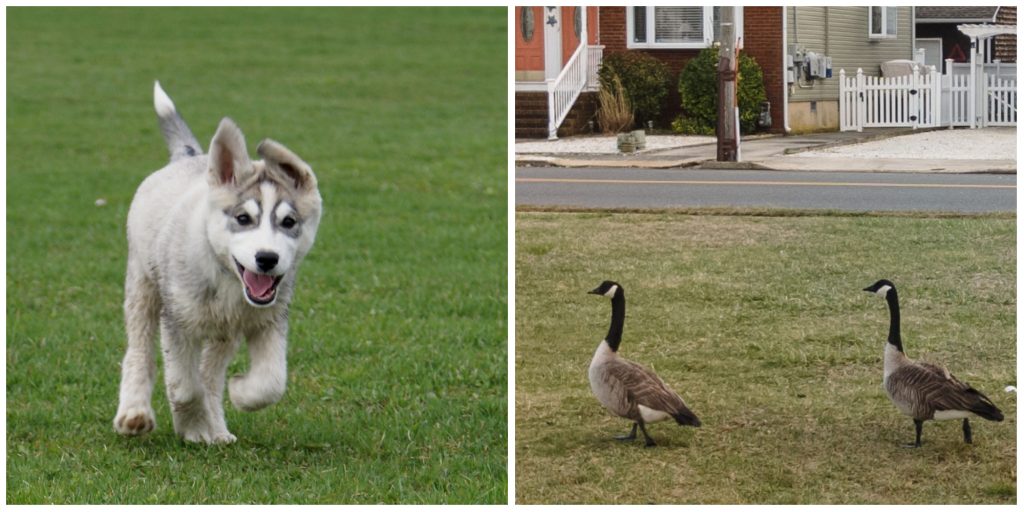 For years, Lavallette was able to solve two community demands with one unique program. At long last, after years of dealing with bird droppings covering the borough’s ball fields, officials implemented a new system that would naturally shoo away the invaders while also providing an opportunity for local dogs (with responsible owners) to stretch their legs with a place to run.

Ultimately, the Lavallette “Goose Patrol” was born, led by Mayor Walter LaCicero’s wife, an dog lover who volunteered to organize the effort. Ever since the program began more than a decade ago, it’s been a hit, with dog owners registering their pets with the borough and receiving permission to let them run on the ball fields when they are not being used. The dogs’ scent is then spread around the field, deterring geese from settling in, while the dogs and owners have a chance to enjoy some outdoor exercise.

Things went smoothly for many years until, as with so many issues, the pandemic changed things.


“Participation has gotten huge, which has created some conflict,” the mayor said at Monday night’s meeting of the borough council, which was unusually well-attended with residents concerned over potential changes to the program. “The rules and regs do require a priority for sporting activities.”

Essentially, not only have the number of locally-owned dogs skyrocketed over the last two years, but more and more visitors from out of town began bringing their dogs to Lavallette’s parks even when they were not permitted as part of the Goose Patrol program.

“We adopted this program about ten years ago, mainly because the fields were covered by goose feces, and they were to the point where they were unable to be used for sporting activities,” said LaCicero. “We also had a request for a dog park at the time, and there was no consensus on that, nor was there really an appropriate place to locate it.”

The Goose Patrol program instantly solved both issues, but a large influx of new pets having been acquired during the pandemic, more pet owners working from home, and fewer homes in Lavallette and surrounding communities being used for rental purposes, pet owners and those wishing to use the ball fields for their originally-intended purpose have found themselves in conflict. There have been complaints of dogs interrupting sporting events by running through the field of play, and a few incidents in which dogs chased down balls or began running alongside people other than their owners.

“It is not a dog park, it was never a dog park,” the mayor reminded residents at the meeting, adding that the existing regulations of the program note that the primary use of the park is for sporting purposes, and dogs are only allowed inside when the fields are otherwise not being used.

Residents, however, held that the utilitarian purpose of the Goose Patrol program’s founding has evolved into a community of dog owners who have made friends – of both the two and four-legged variety – and even spurred the creation of tee-shirts and the organizing of fun activities. Moreover, the program worked well in achieving its intended goal of keeping geese from soiling the fields, they said, while the permitting process ensured known dog owners would be responsible for their own clean-up.

As the discussion unfurled, it became clear to officials that the conflict stemmed more from non-participants of the Goose Patrol simply letting their pets loose on borough fields, as opposed to residents utilizing the program for its intended purpose. But as with many issues locally, the conflict only exists for a matter of nine to twelve weeks during the summer, making it more complicated to set a single policy.

“The problem right now is that there are too many people there, including people who are not permitted to be there,” said Councilwoman Joanne Filippone.

Susan Koch, a resident who has helped organize the program, said there have always been about 100 to 125 dogs registered with the Goose Patrol.

“This year, we’re over 300,” she told the council. “And you also have to consider that many of those applicants have multiple dogs. We have less rentals and more owners, so they bring their dogs.”

The discussion ended with the adoption of new regulations that will increase the permitting fee from $10 to $25 to become part of the Goose Patrol, with the extra funds planned to be utilized to purchase a webcam that provides an overhead view of the park. That way, officials said, dog owners can see if the park is occupied before bringing their pets. The registration process itself will also be tightened.

“The process is going to be different as of the first of the year,” in 2023, LaCicero said. “It will go back to the Goose Patrol to make sure they fit in the criteria.”

That means enforcement of the permitting rules will be stepped up, and the borough will cap the number of permits issued to non-residents.

Council members briefly discussed whether a dog park could be established in town.

“We’ve always thought about dogs in this town,” said Council President Anita Zalom. “We try to make everybody comfortable here. Maybe the area that won’t be interfering with baseball and soccer would be a nice area for when we can’t use the other places.”

There was a recognition, however, of significant challenges in creating a dog park.

“We did discuss it about 15 years ago and we did get very substantial pushback from the public who didn’t want any type of development on [the bay],” said LaCicero.

There are also legal restrictions that could come into play, since areas of the bayfront are reserved by the state as a medevac helicopter landing zone, and environmental regulations restrict what can be built in close proximity to the bay.

For now, the Goose Patrol program will stay in place, but with a reminder of its original purpose.

“We’re trying to find a compromise that will work for everybody, but primarily it is a baseball field,” the mayor said.