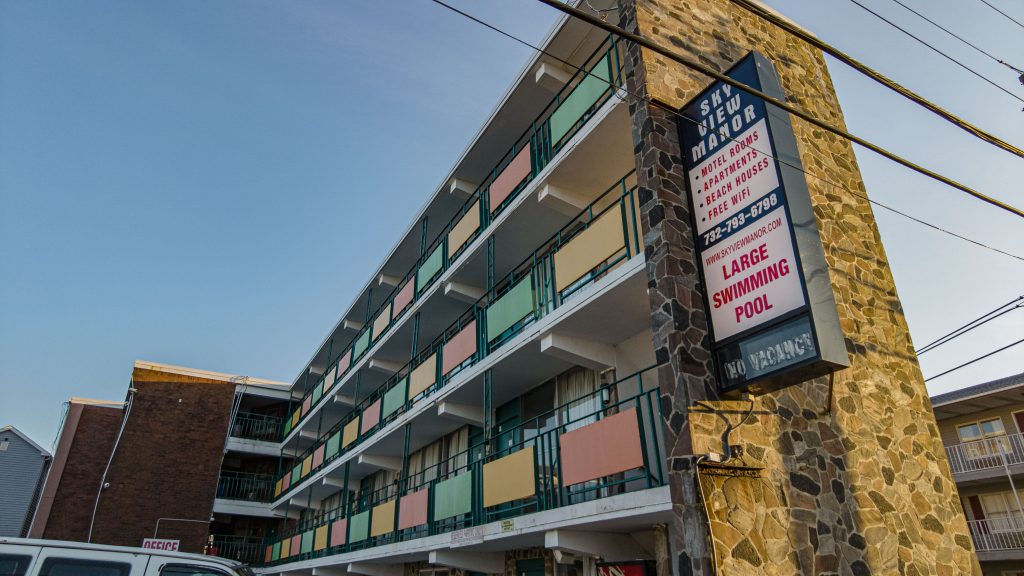 A Seaside Heights motel that has been ordered to surrender its mercantile license, effectively ending its ability to operate, will go to court on the matter later this month. Meanwhile, neighboring residents came to a borough council meeting Wednesday to voice their concerns over what they say are continued troubles at the business.

The Skyview Manor Motel, on Dupont Avenue, was notified last summer that its mercantile license would be revoked after a large number of incidents. The decision is being opposed by the motel’s owner, and will finally be taken up in municipal court on June 23. In the mean time, both residents and officials remain concerned over the establishment as a new season has brought a rebound of issues.

“It’s a disaster, it’s nothing but a nuisance,” said resident Vinnie Cassarino. “Why are motels renting to high school kids who are drunk?”


The complaint filed last summer against the Skyview Motel chronicled, at length, a staggering 272 calls for police services which resulted in 22 arrests, plus three reported deaths. Charges against offenders at the motel have included aggravated assault on a police officer, assault with a knife, weapons possession and drug offenses. In 2016, the motel made headlines after a 2-year-old fell 17-feet from a balcony where a spindle was reported to be missing. 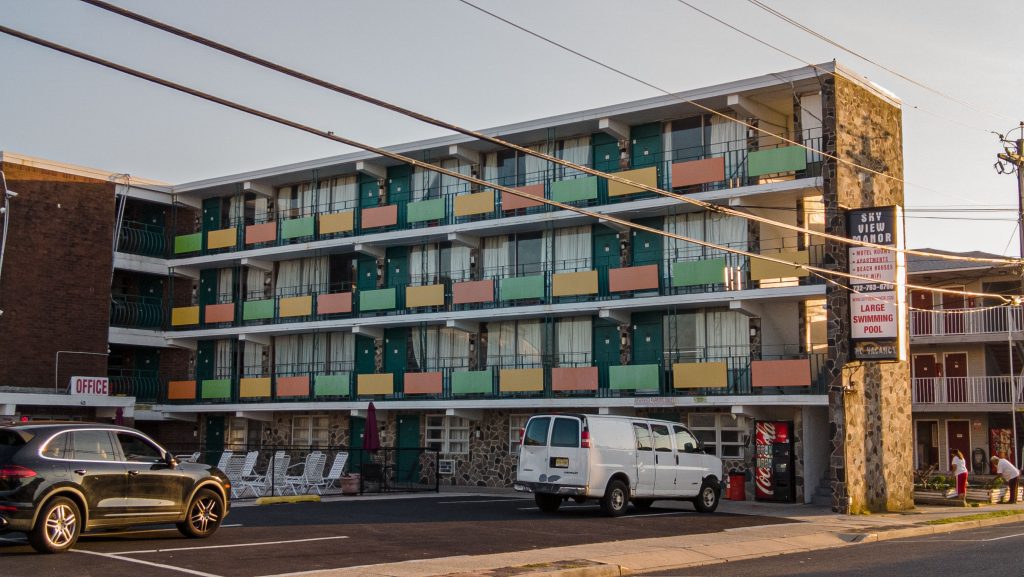 The borough council previously considered establishing an ordinance limiting motel rentals to those 21-years-old and greater, however property owners threatened a lawsuit, and officials were ultimately advised by the borough attorney that the ordinance may not have been enforceable. The council did adopt an 18-year-old age limit, however that has not put a stop to so-called “prom rentals” early in the summer season, which are notoriously problematic.

“I hope to see this guy shut down, because the cops have been there so many times, wasting their own time,” said Cassarino, to cheers of “Hear, hear” from others in the council chamber.

Cassarino said he has routinely seen intoxicated teens causing property damage, intentionally blocking the street and even hosting parties in the street after 2 a.m.

“You cannot reason with them and you cannot talk to them, it’s constant,” he said. “They’re around your door, they’re around your vehicle, and they never shut them down. There is not one positive thing I can think of as to what they’re doing for this town. They’re not going to the beach, they’re not going to restaurants – they bring in cases and cases of alcohol and stay in all weekend.”

Borough Administrator Christopher Vaz confirmed the mercantile license revocation was scheduled to be heard in court June 23, though he warned the matter may not be resolved quickly.

“The council does take your description of what’s happening very seriously to the point where we’ve sought to take the right to conduct that business away from them,” he said. “I will venture a guess it will end up in Superior Court or federal court at some point. But I want to stress that we’re in the middle of that process.”

Vaz said about 15 properties that have been cited for rental abuses have resolved their cases over the last year.

Though it involves a hefty legal lift, officials said the lengthy process is part of a focused effort to control quality-of-life issues that have led to Seaside Heights’ reputation as a party town – a description the borough is actively trying to shed through redevelopment investments and infrastructure projects, as well as bringing daily family-friendly events to the boardwalk. Historically, the incidents involving intoxicated teens wind down after “prom season,” when those rentals are replaced by families on vacation.

Councilman Richard Tompkins pledged to keep up the effort.

“We’re not going to stop fighting that fight until this town gets where we need it to be,” he said.