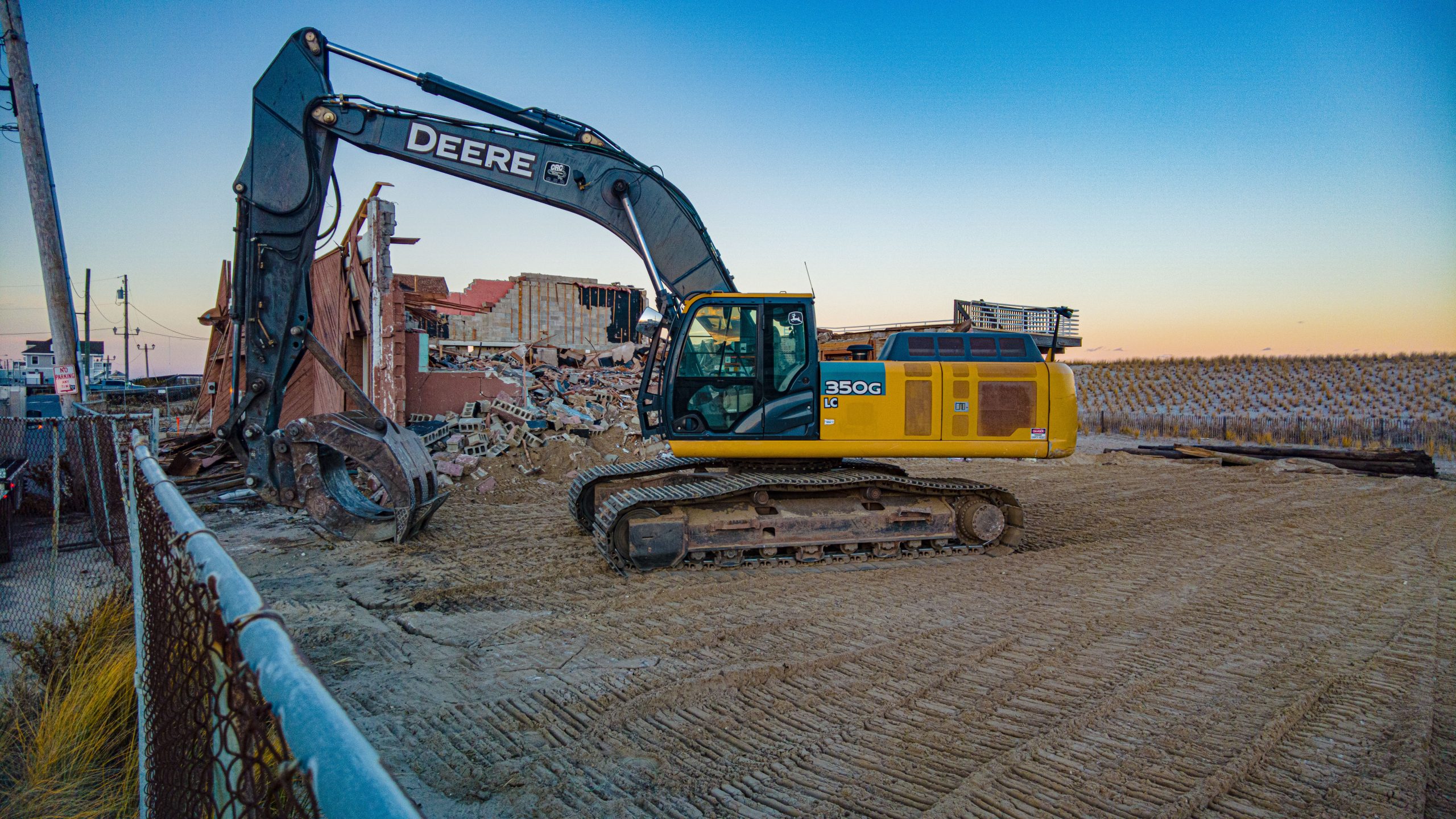 Toms River officials fully executed the sale of land to Ocean County that will go to fund a portion of the cost of the purchase of the former Joey Harrison’s Surf Club property in Ortley Beach.

Billed as one of the last oceanfront preservation opportunities in the state, Toms River will utilize funds from the state’s Blue Acres program to as well as the county land sale to buy the former nightclub, its surrounding oceanfront property as well as a parking lot across the street to be preserved as a public beach. The township also plans to extend its boardwalk in the future. The club has been largely demolished over the past week, as we’ve chronicled in a number of videos.

Tuesday’s closing, which occurred at the law office of Berry, Sahradnik, Kotzas & Benson in Toms River, the firm that represents county government, pertained to a $1.88 million transfer of 167 acres of land from township ownership to county ownership. The parcels are located in two separate areas: one swath near Cattus Island County Park and another near Ocean County College. The Cattus Island portion, which consists mainly of wetlands, will be preserved as an expansion of the park, while the 86 acres to the north and west of the college will act as a buffer, though the door is theoretically left open for the college to use it decades in the future if necessary.


The specific properties conveyed to the county were:

All aspects of the Surf Club transaction are on track to be completed by the end of 2021, Mayor Maurice “Mo” Hill said. The remainder of the $7.3 million land buy will be funded through the state’s Blue Acres program.

Hill and several members of the township council, including outgoing Councilwoman Maria Maruca – who has represented the barrier island ward for years – attended the closing. Hill credited Maruca with helping facilitate the preservation effort, and also gave credit to the Ortley Beach Voters and Taxpayers Association, which organized a campaign to lobby for the purchase and even funded mediators to help negotiate a deal.

“Without the tenacity of Maria Maruca, the persistence of the OBVTA residents and the cooperation of the Ocean County Commissioners, the beach club would probably have been developed into mansions or condos,” Hill said. “Thanks to their efforts and creativity, the property will be preserved for all to enjoy and the quality of life in Toms River is enhanced.”

The final step of the process of purchasing the property will be closing with the Barcelona family, owners of the club for decades, which is set to take place in the coming days.