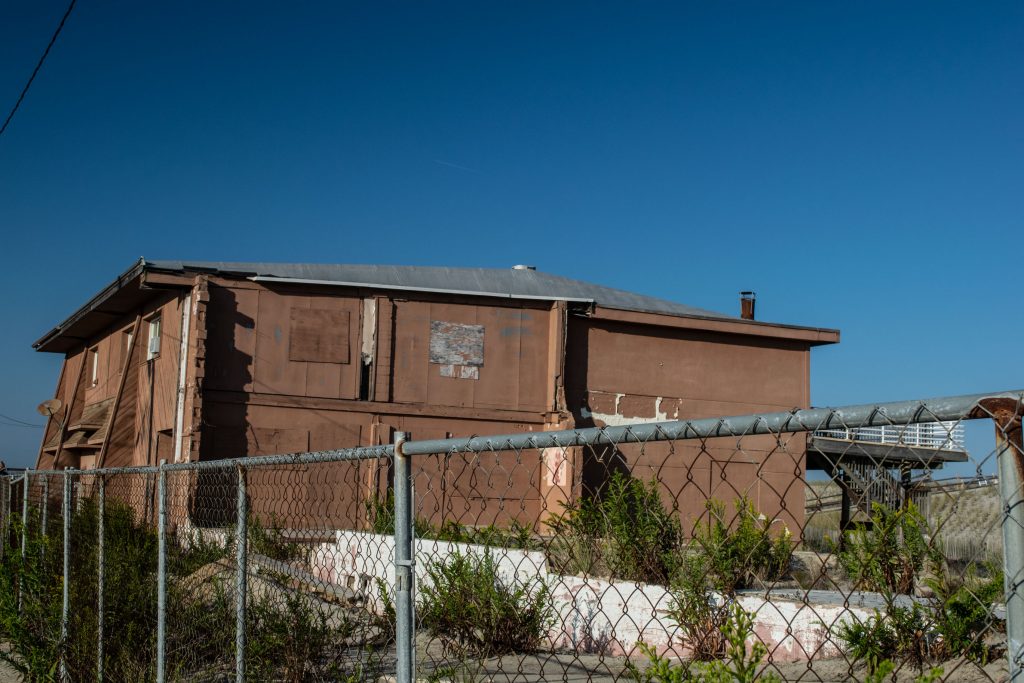 A complex arrangement that will likely lead to the purchase of the former Joey Harrison’s Surf Club property in Ortley Beach by Toms River got a significant shot in the arm Wednesday, when Ocean County leaders agreed to buy 167 acres of land from the municipal government that is expected to be earmarked for the oceanfront plot.

The Ocean County freeholders on Wednesday voted unanimously to purchase two plots of land – one which will expand Cattus Island County Park and a group of parcels surrounding Ocean County College – for $1,880,000. The land will be transferred from ownership by Toms River Township to the county. The Cattus Island portion, which consists mainly of wetlands, will be preserved as an expansion of the park, while the 86 acres to the north and west of the college will act as a buffer, though the door is theoretically left open for the college to use it decades in the future if necessary.

The land is not being purchased through the county’s Natural Lands Trust, which is funded through a special voter-approved open space tax. Two weeks ago, the freeholders rejected a plan that would modify the open space program to allow the county to buy land already owned by individual towns out of fear that such purchases could be subject to political expediency in the future. Instead, the freeholders agreed to purchase the land outright from the county’s operating budget, which had funds left over that were unspent in 2020. Toms River officials are expected to use the $1.88 million to purchase the Surf Club property in order to turn the former nightclub and restaurant into a public beach, expand the township’s boardwalk and create more than 100 new parking spaces for expanded beach access.


The purchase was supported by members of the Ortley Beach Voters and Taxpayers Association as well as the environmental group Save Barnegat Bay. Representatives from both organizations were present at Wednesday’s meeting where the deal was approved.

“We are using dollars that were in the county operating budget,” said Freeholder Jack Kelly, whose opposition vote sealed the fate of the previous effort to buy land from Toms River. “There are no new monies being used for this purchase. The money is available today without touching the open space fund or changing the rules on buying property with open space money.”

Toms River officials still must complete negotiations with the Barcelona family, which owns the Surf Club property. Those negotiations are being funded privately, at no taxpayers’ expense, by the Ortley Beach Voters and Taxpayers Association. The Toms River township council will ultimately decide whether or not to purchase the plot, though it is expected that a majority of council members will vote in favor of the plan should it come before the governing body.

Meanwhile, county officials were celebrating the land buy, saying it will expand Cattus Island County Park – potentially opening up more opportunities to build a living shoreline along Barnegat Bay – and preserve land around the college that could have been developed with residential homes in the future.

The 82 acres surrounding Cattus Island are located in between parcels of land that are already preserved by the county and state, and no development will be permitted there. At most, there may be a fire access road or walking path, said Freeholder Joseph Vicari. The land is located between the park and St. Justin’s Church, adjacent to Tilton Point, a spit of land that is already under public ownership.

Likewise, there are no current plans to utilize the other 86 acres, situated between Ocean County College and the Garden State Parkway, as well as between the college and Church Road, except as a buffer. But since the land was purchased outright rather than with open space funding, the college could propose to use the parcels in the future with board approval.

“The property is going to be a buffer around Ocean County College so homes are not built there,” said Freeholder Virginia Haines, the most prominent proponent of the purchase. “It will remain just as it is. In my estimation, this is not something that down the road will be developed.”

No one spoke in opposition to the purchase at Wednesday’s meeting. Rather, the chambers were filled with supporters from both the community and environmental advocates.

“It means a lot when we have people come out and support what we’re doing,” said Freeholder Gary Quinn. “You’re taking three major parcels in Ocean County out of possible development.”

Haines, responding to a question from a member of the public about the value of the land, said the county paid well under the appraised value of the properties. The properties near Cattus Island and the college were valued at $2.26 and $2.09 million, respectively.

“The purchase of this land is positive for everyone in the county,” said Mary Ann Giordano Wallis, an officers with the OBVTA. “We’re going to be celebrating this addition to our beautiful beach.”