A contract between clouds and sun Friday night made the introduction to this weekend all the better! We captured some of the scenes from the bayfront with our cameras, as shown above. No drone footage tonight – the 40 m.p.h. gusts made sure of that!

The NWS forecast appears below:

Saturday: Mostly sunny, with a high near 42. North wind 5 to 15 mph. Saturday Night: Partly cloudy, with a low around 34. Calm wind becoming southwest around 5 mph. 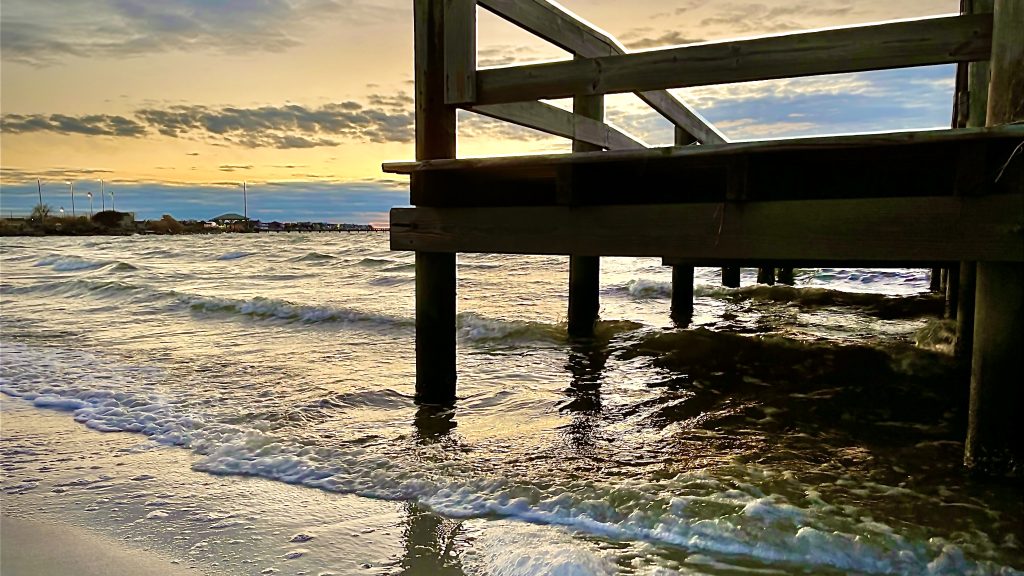 Monday: A chance of rain before 1pm. Mostly cloudy, with a high near 45. Breezy. Chance of precipitation is 50%. New precipitation amounts between a tenth and quarter of an inch possible.