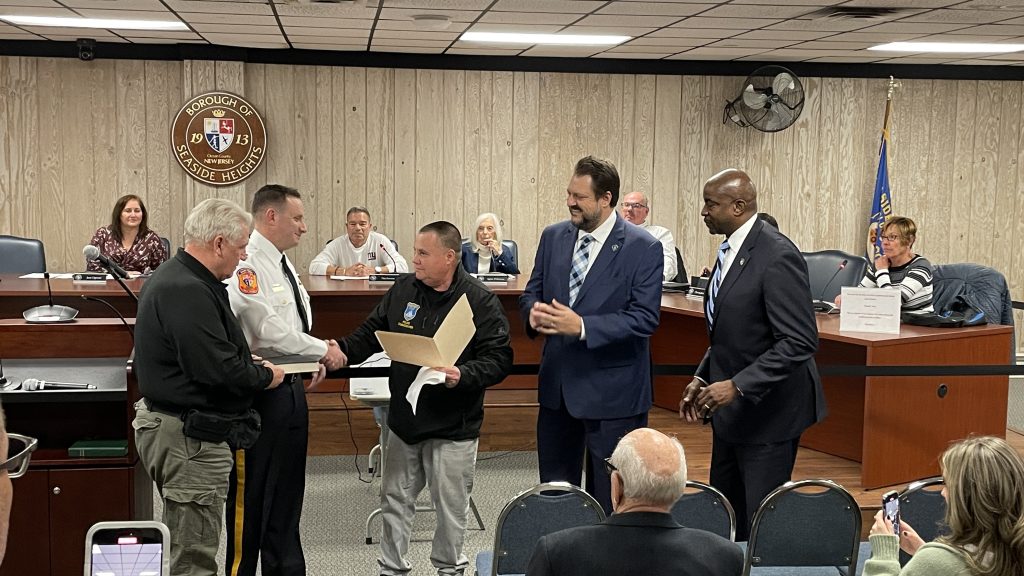 The Seaside Heights Police Department has a new second-in-command, restoring the rank of Captain in the department after 14 years.

Lt. Jon Lombardi was promoted to fill the position, which will be a supervisory role responsible for dealing with the myriad administrative tasks in the day-to-day running of a police department.

“The chief needs more administrative help,” said Borough Administrator Christopher Vaz. “Years ago the town modified its ordinance, got rid of the captain’s position, and the chief took it all on himself. But today, with all of the regulations coming down, it’s gotten crazy – not just traditional law enforcement regulations, but DEP regulations, laws regarding our water-sewer system, you name it.”


Lombardi, a Seaside Heights native, attended the Hugh J. Boyd Elementary School and was close with its namesake – the father of Chief Tommy Boyd.

“He’s been my friend, my mentor and my supervisor since I was a Class II officer on the boardwalk,” Lombardi said of Boyd. “Chief Boyd has been everything to me and my family. A lot of the new guys might not know – to have a chief like that, who supports his men completely, and really cares about the department and the town – is a rare thing. I appreciate his leadership.” 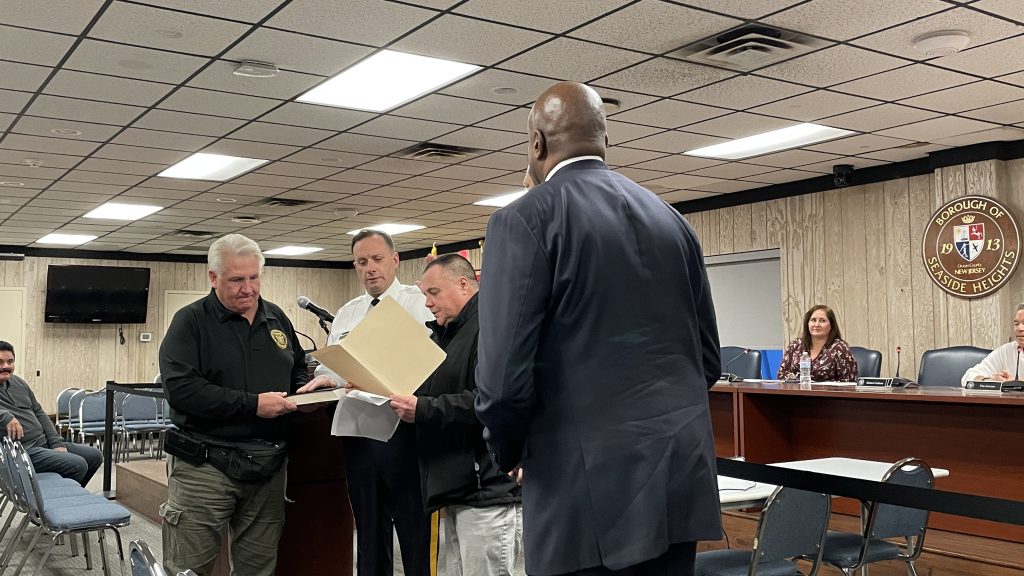 Lombardi thanked his fellow officers and members of neighboring departments who came to see him take the oath of office to become sworn in as captain. Ocean County Prosecutor Bradley Billhimer and OCPO Chief of Detectives Anthony U. Carrington were among those who attended.

“I can’t explain the honor it is to be named the first captain in 14 years in this department,” Lombardi said, taking a moment to recognize the rebirth of Seaside Heights after years of doing the difficult job that it is to handle law enforcement in what was once a hard-partying resort.

“The mayor and council, I have to give a lot of credit, they’ve brought this town around and it’s a wonderful place again,” Lombardi said. “We’re getting back there. I’m so thankful that you saw fit to bring me into this position.”