A coastal storm began affecting Ocean County beaches in earnest during the late afternoon hours Thursday, as winds increased significantly after about 2 p.m. and high tide rolled in.

Dune fencing and beach entrances were already damaged by sundown, and escarpments were forming along the dune line. Heavy surf could be seen moving in quickly, however wave heights generally increased after dark, making filming impossible.

According to the National Weather Service, a wind advisory remained in effect, calling for east winds 20 to 30 m.p.h. with gusts up to 45 m.p.h. expected. The advisory was in effect in 10 a.m. Friday.

Coastal Flood Advisories are now in effect for later this evening into early Friday along the east-facing shores. pic.twitter.com/Ok1bFCmiVM 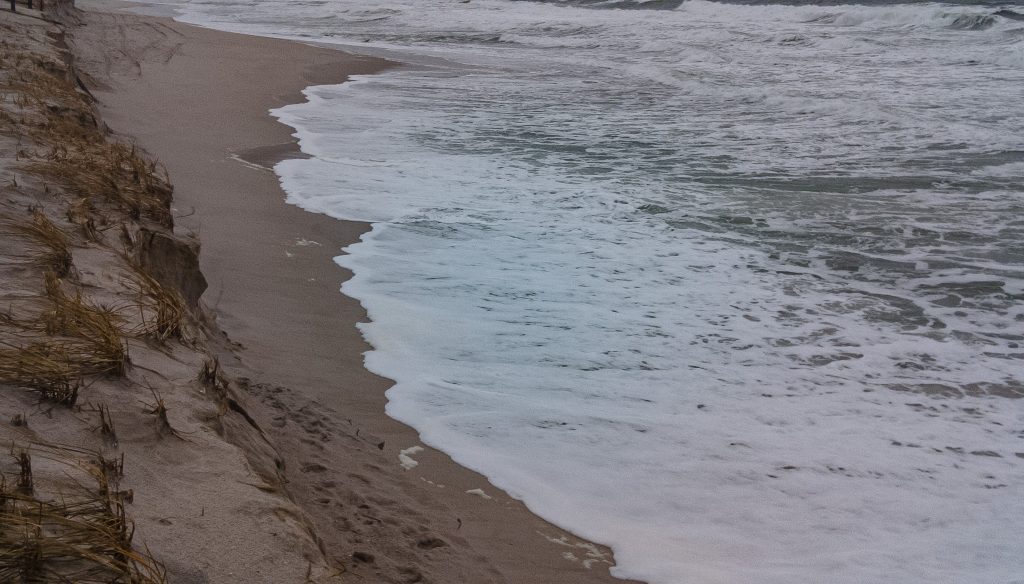 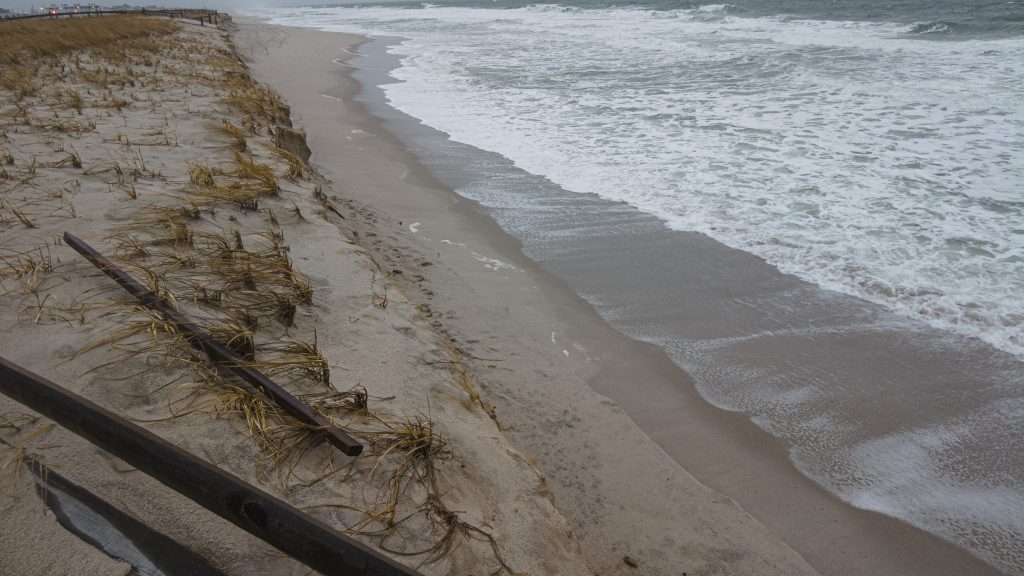 Seas were forecast to build to 8-12 feet overnight, the NWS’s marine forecast said.

“As the storm moves up the coast early Friday, winds will diminish for a short period then increase again from the northwest to west around 15-25 kts with gusts up to 35 kts,” a marine advisory said.