New Jersey is one of nine states that will consider a plan to establish a fund that would compensate commercial fishermen for losses that could be sustained due to impending offshore wind development.

Several offshore wind farms are planned off the New Jersey coast, one of which will be located off southern Ocean County. Another larger wind farm would be located in the New York Bite farther offshore from the local area, as well as two off Atlantic and Cap May counties. Locally, the commercial fishing fleets in Point Pleasant Beach and Barnegat Light represent two of the major ports in the mid-Atlantic region. 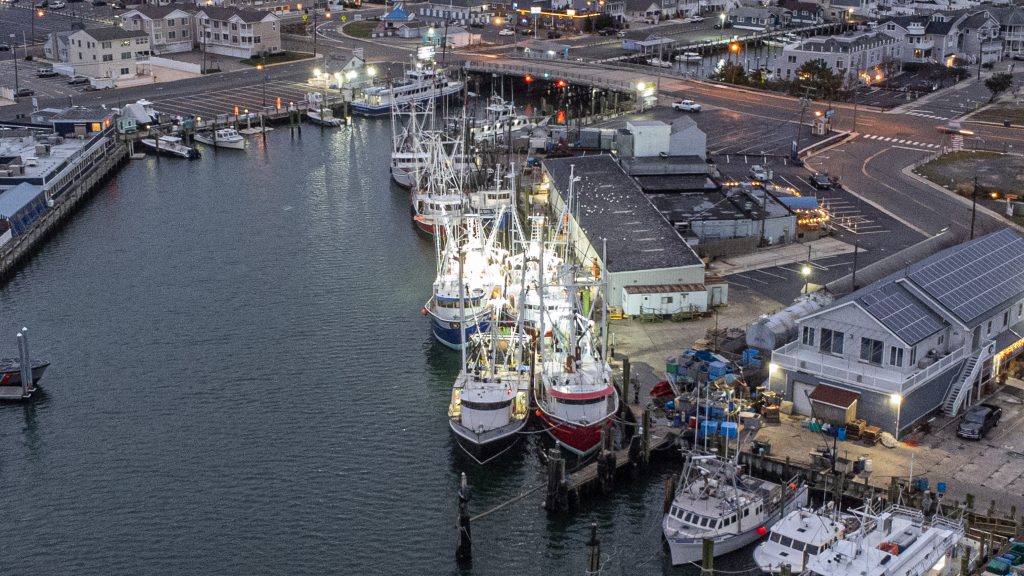 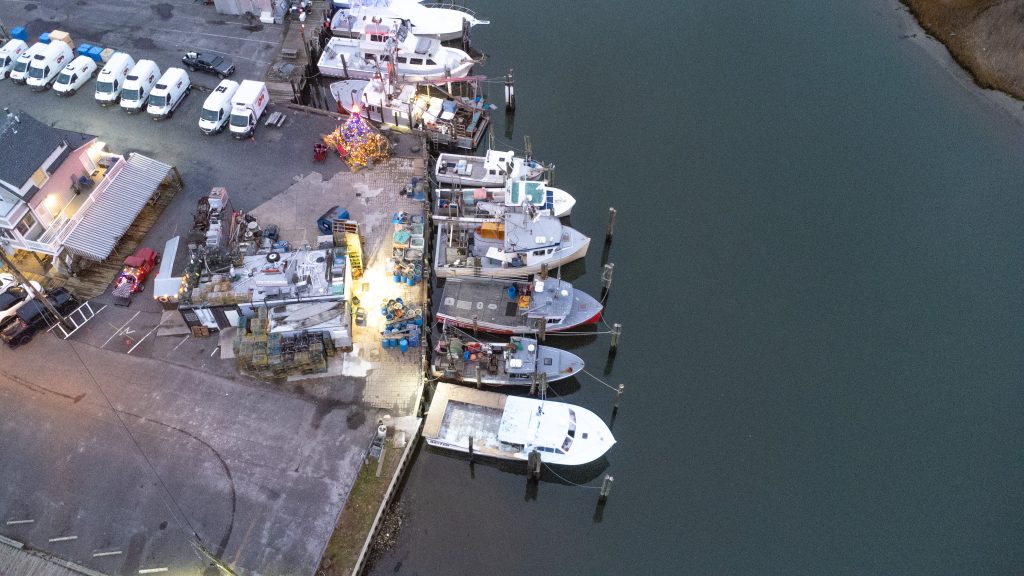 The request follows the language of a draft “fisheries mitigation framework” report released in June which calls for “a fair, equitable, and transparent manner for impacted Atlantic Coast fishing industry members and offshore wind developers.”

The states’ RFI seeks feedback on concepts and proposals on how to best establish a single regional administrator for the Atlantic coast to “collect, hold, determine eligibility, and dispense funds for economic losses to affected fishing industry members,” a statement from the New Jersey Department of Environmental Protection said.

Commercial fishermen have sounded the alarm over potential impacts to their bottom line for several years, dating back to 2018 when the first leasing areas were publicly confirmed. The fishermen have said the turbines are being built on valuable scalloping grounds, which would become useless once wires connecting the turbines to each other and, ultimately, the electrical grid onshore are laid at the bottom of the ocean. The fishermen voiced the greatest concern over the Hudson North and Hudson South lease areas, which will be located about 20 miles off Monmouth County, however impacts from the Ocean, Atlantic and Cape May are expected as well.

“Mark off the area and then compensate us,” commercial fisherman Jim Lovgren, of Point Pleasant, said at a meeting on the topic five years ago, as reported at the time by the Asbury Park Press. 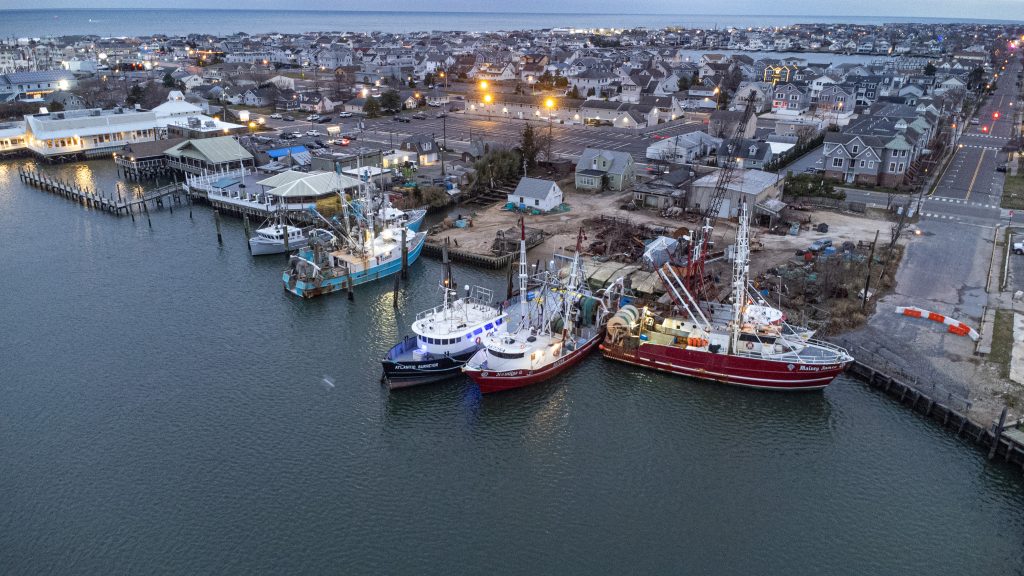 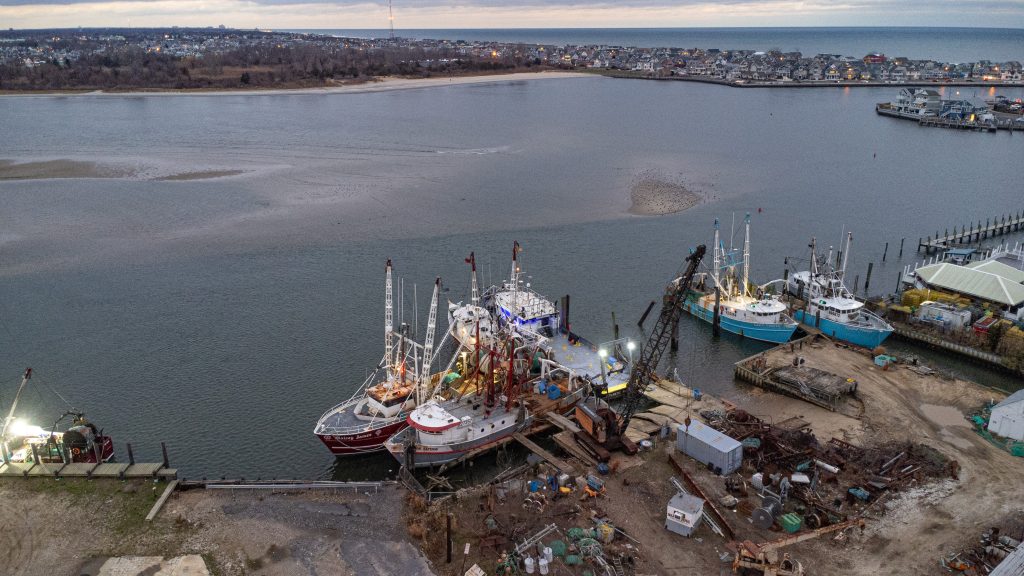 The siting of the turbines may cause issues not just for scallopers, but other commercial fishermen whose boats carry cranes and other tall equipment. Besides the physical limitations of navigating around the turbines, the blades are expected to leave about 80 feet between the surface of the water and the tip on a calm day. Heavy seas could lessen the distance, making the areas around the turbines extremely hazardous. Still, fishing is expected to be allowed – at least to some extent – in and around the wind farms.

“To say that we can just fish in the wind farms, that’s a fallacy. It is not going to happen,” said David Aripotch, a commercial fisherman based in Long Island, in an interview with radio station WBUR.

Initial mitigation efforts have included plans to space the turbines about 1 kilometer apart and lay cables subterraneously at a minimum depth of 6 feet below the seabed “where technically feasible,” the June report from the federal government said. But, “Technical feasibility constraints include seabed conditions that preclude burial, such as telecommunication cable crossings.”

When the cables cannot be located beneath the seabed, federal officials have issued suggestions calling for them to be made “trawl-friendly” with tapered or sloped edges.

Regardless of mitigation techniques, officials have seemingly reached the conclusion that direct compensation may be necessary as offshore wind construction moves closer to fruition.

“[Bureau of Ocean Energy Management] recommends that the lessee consider establishing a compensation process if a project is likely to result in lost income to commercial and recreational fisheries,” the June report said. “The compensation process should be equitable and fair across fisheries and fishing communities and consider best practices and consistency across other offshore wind energy projects.”