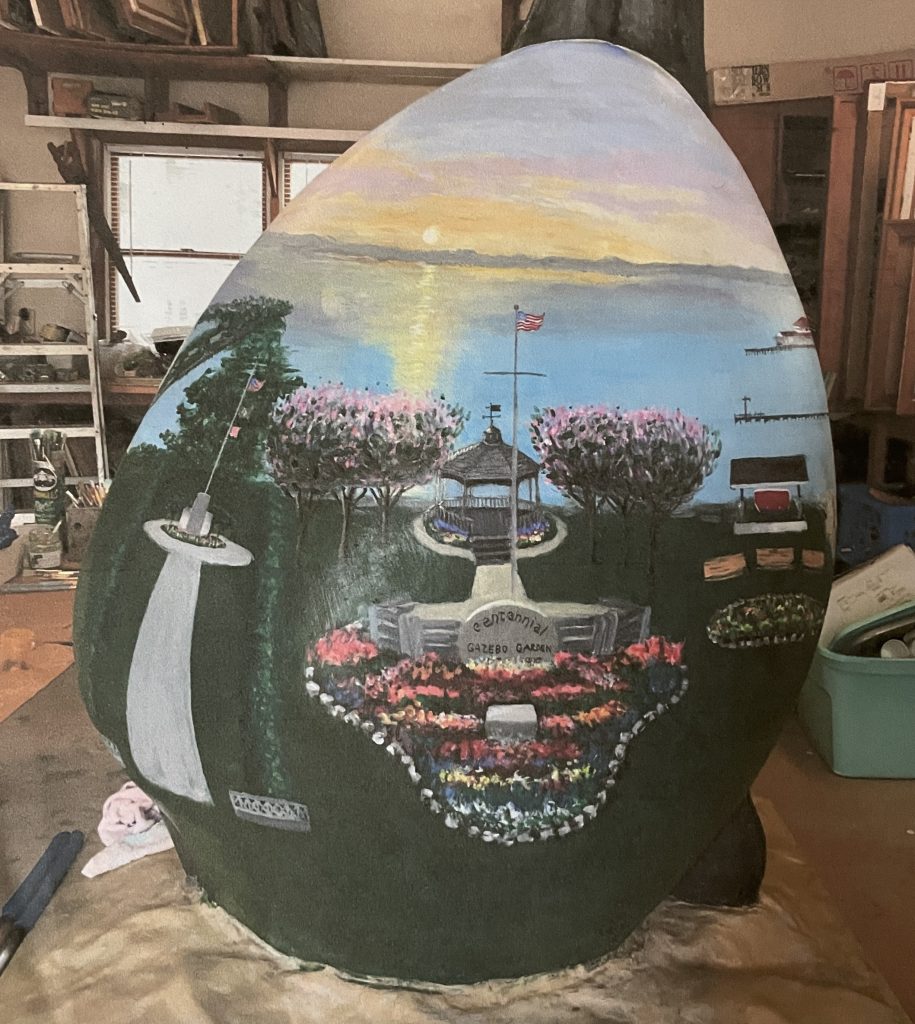 There were many victims of Superstorm Sandy on the island, including some who remain out of their homes a decade after the storm rolled ashore. One of them is a giant clam sculpture, designed as part of a fledgling “Clam Trail” idea borne by the ReClam the Bay effort, which has been out of view since Sandy struck.

Designed in 2009, the colorful creation had been located near the bay for several years before its paint began to deteriorate. The hurricane just made matters worse, and left officials with much more serious issues to deal with compared to a gigantic, rainbow-colored mollusk. After a decade, however, the larger-than-life shellfish sculpture has had new life breathed into it thanks to borough resident Mary Jo Austin, who painted the original design on the clam. Austin was asked to work her magic a second time, and she delivered. Now, it just needs a home.

“The clam people told us, ‘don’t put it near the water’ because the salt will take the paint off,” said Councilwoman Anita Zalom, adding that it should also be located in a busy and well-lit area so vandals will be dissuaded from causing it any harm. 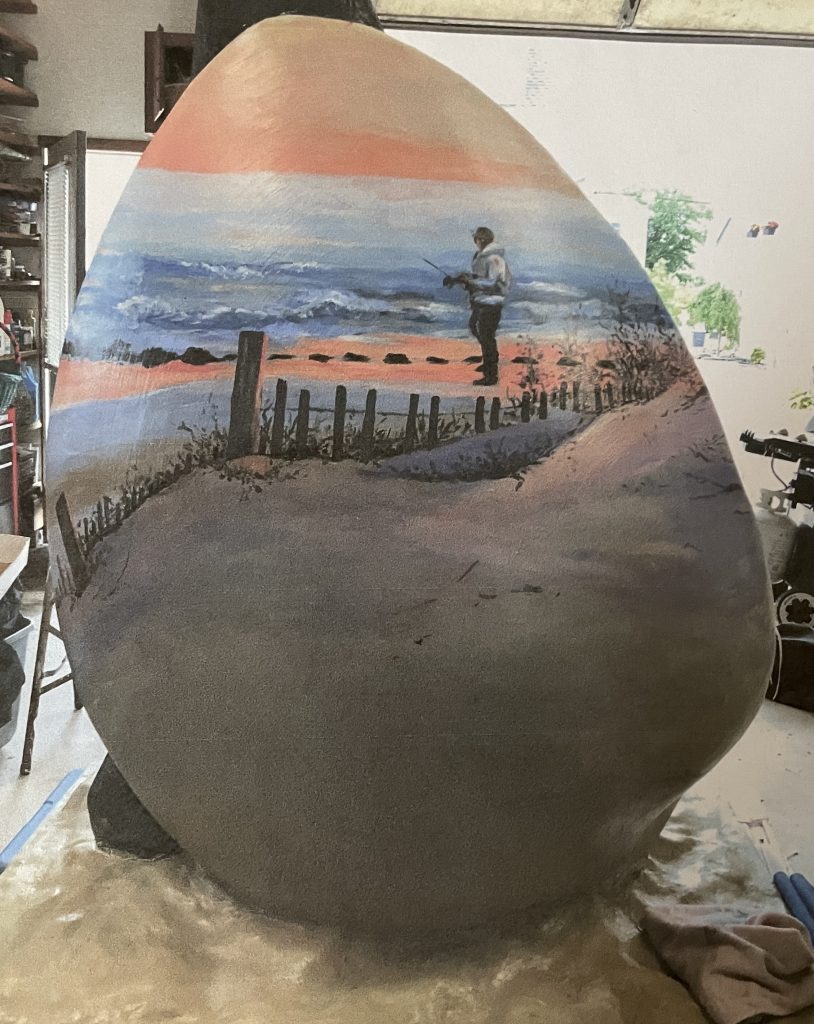 The borough council held a quick discussion on the matter Monday night, with Austin herself in attendance. Ideas ranged from a prime spot in front of borough hall, next to the directory sign, or somewhere closer to the bay without the threat of the artwork being directly exposed to salt water. Ultimately, officials said they hoped to hear from residents to help them decide.

“Public Works was working on the base of it, so it’s going to be a little while,” said Councilman Robert Lamb. “Why don’t we take a couple weeks, discuss it, and by that time the base will be done.”

The borough has added a small section to its homepage soliciting suggestions through the clerk’s office.

While ReClam the Bay is still very much active – the annual fall rake-out on the bay occurred last weekend – the northern reaches of the Clam Trail have seemingly fallen to the back burner. But in Lavallette, its legacy will live on – eventually.