A summer season with a notable bump in whale sights off the Jersey Shore continues to produce incredible chance encounters with the marine mammals.

On Thursday, Seaside Park lifeguard Kate Rizzo sent a video she captured on a wearable action camera to Shorebeat showing two whales surfacing within feet – if not inches – from her rescue surf board. One whale can be seen breaching with its dorsal fin ahead of Rizzo, while the other swerves in for a closer look before making his way forward. 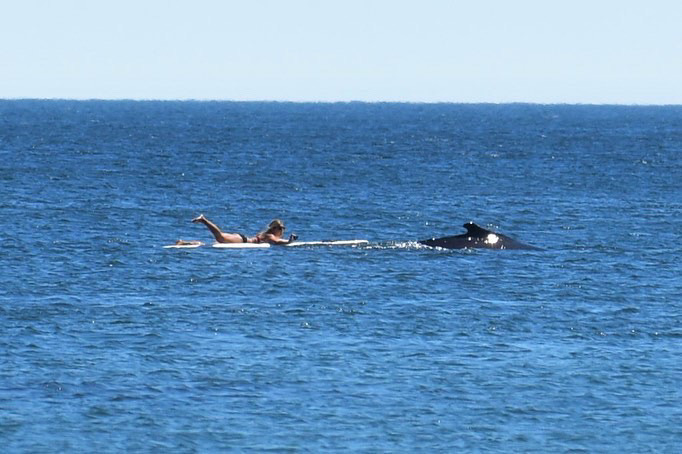 A Rutgers University study of whale encounters off the Jersey Shore found that there have been 259 such sightings since 2012, when researchers began keeping statistics in order to better track whale activity. The same study found whales who occupy the triangular ocean bite between the Long Island and New Jersey coasts generally stay in the area for about 37 days, and are often seen by humans more than once. About one-third of whales return year after year, especially in the zone off Manasquan Inlet. 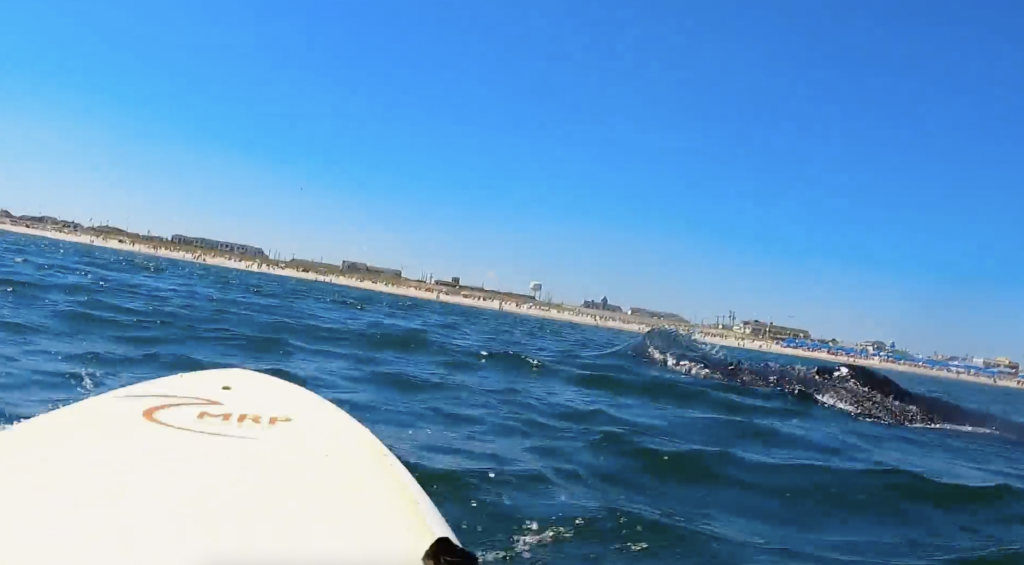 A whale breached the surface directly beside a lifeguard on a rescue surf board in Seaside Park, N.J., Sept. 1, 2022. (Screenshot: Kate Rizzo)

As for why more whales seem to be staying off New Jersey’s coastline instead of heading further north to New England, the researchers haven’t nailed down a single reason – there are likely more than one – but often cite the thriving presence of bunker (menhaden) in the area, a prime food source for marine mammals.

Humpback whales have been the most commonly-sighted whale species.