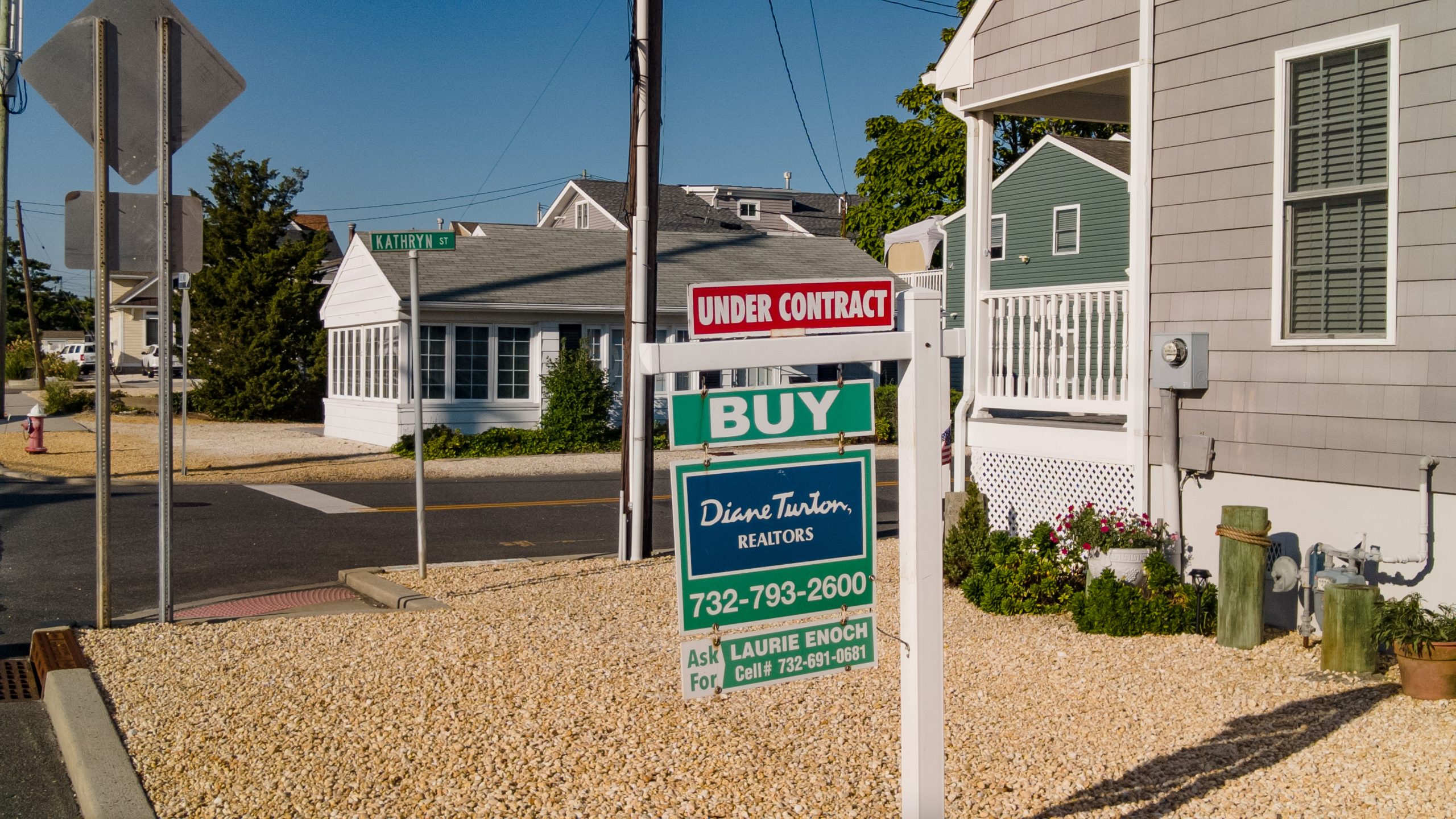 A ‘For Sale’ sign on a home under contract in Toms River. (Photo: Daniel Nee)

Toms River real estate agents, as well as residents, decried an ordinance which went into effect in July that requires homes to undergo township inspections before they can be sold, saying the measure is killing deals and costing homeowners thousands of dollars to correct issues that date back decades, in some cases.

The group came to a meeting of the township council last week, prompting two members of the governing body to motion for the law to be immediately repealed – a move that was ultimately stopped by the assistant township attorney and did not receive any other support from the seven-member council.

“This is holding up our closings, we’re not used to this process, and a lot of things are coming up that are unexpected,” said Lori O’Connell, a realtor for about 20 years in Toms River who told the council about a client who is facing a $5,000 bill they cannot afford just to sell their home.

The ordinance, which establishes what is known as a continuing certificate of occupancy, was introduced in December 2021 and passed at at the final council meeting of the year. At the time, council members – some of whom were attending their last meeting in office – said a number of North Jersey towns had introduced similar ordinances with the aim of protecting home buyers. In some cases, officials said, buyers were not aware of requirements that a home be raised in a flood zone. They also pointed to a case in which a person was electrocuted after touching a faulty wire on an electric boat lift.

But the inspections – and the fees that come with them – have riled many in the community, especially those who are being hit with fines and the obligation to perform corrective work for issues that may pre-date their ownership of a home they are now trying to sell.

“A client had a converted garage from 30 years ago,” said Kimberly Bell, a realtor. “They want violations, they want $250 per week until it’s handled, then your application sits in zoning for 20 days. Then they send it to the building department and they hold it for 20 days.”

Township Engineer Bob Chankalian said if there are no issues found in the township inspection, which initially costs $300, the building department can turn around the continuing certificate of occupancy in six business days. But time-sensitive deals have been scuttled by waiting times and haggling over how unexpected costs should be handled, Bell said.

“If I have a buyer with a time-sensitive need for a closing, I’m not bringing them to Toms River anymore, and that’s sad,” she said, adding that every home buyer has the ability to order a home inspection before purchase, and many accept minor issues as part of the buying process.

“We’re all adults here,” she said. “What investor is going to want to flip houses in Toms River now? Should we just let these houses go to waste?”

Chankalian defended the inspection ordinance, saying that it was put in place to protect home buyers and ensuring the safety of a home before a certificate of occupancy can be continued to a new party. The township, he said, has required rental certificates of occupancy for years, but had no similar regulations covering the transfer of properties.

“If your client doesn’t have permits, or does illegal work, or doesn’t have something that’s up to code, and they have to fix that, we’re looking to protect the buyers,” he said. “Everything we’re asking for has been compiled from other requests in other towns. One thing we haven’t seen in a lot of towns is a review of their own permits. We’re spending the time, that’s why it’s a little bit more, to look through the building records and find out if that open permit exists.”

The complaints over the scope of the inspections continued to pile up through the public comment portion of the meeting, with homeowners saying they have faced failures from issues ranging from the condition of sidewalks, to trees on the property, to decades-old renovations for which previous owners did not obtain a permit.

Chankalian said between July 1 and last week, the building office processed 419 applications. Asked by Councilman Dan Rodrick how many of those applications initially failed, he responded that the statistic wasn’t readily available, however there were about 40 outstanding.

“What we’re finding is that if the house is in good order and permits are in place, we’re turning around a certificate within a week,” he said, but some homes simply do not comply with the ordinance.

“There was one where a gas stove was installed without permits,” Chankalian said. “If they have to go through the process that they should have completed previously, unfortunately that’s where they’re at.”

After about a half-hour of testimony from residents and realtors, Councilman Justin Lamb called the ordinance a “money grab” by the township over inspection fees.

“I’d like to make a motion – let’s repeal the ordinance,” he said, followed up with a second from Rodrick.

Assistant Township Attorney Anthony Merlino, however, said there should be no vote on the motion since “we’re past that point in the meeting.”

Merlino’s assertion was not challenged by any other member of the governing body, and no vote took place.

The discussion ended largely without a resolution. The council, split between two factions of Republicans, squarely pitted the majority, in support of maintaining the ordinance, against Lamb and Rodrick. Some members of the majority faction said they were open to modifying the ordinance based on feedback from residents, including Ward Four Councilman David Ciccozzi, who took office Jan. 1, 2022, shortly after the vote to introduce the ordinance took place.

Lamb said after the meeting that he voted against passing the township budget this year, in which code enforcement salaries jumped from about $300,000 to $1.2 million.

“Unfortunately, some of my colleagues on the council think government is here to solve our problems, but with this ordinance, they are the problem,” Lamb said.