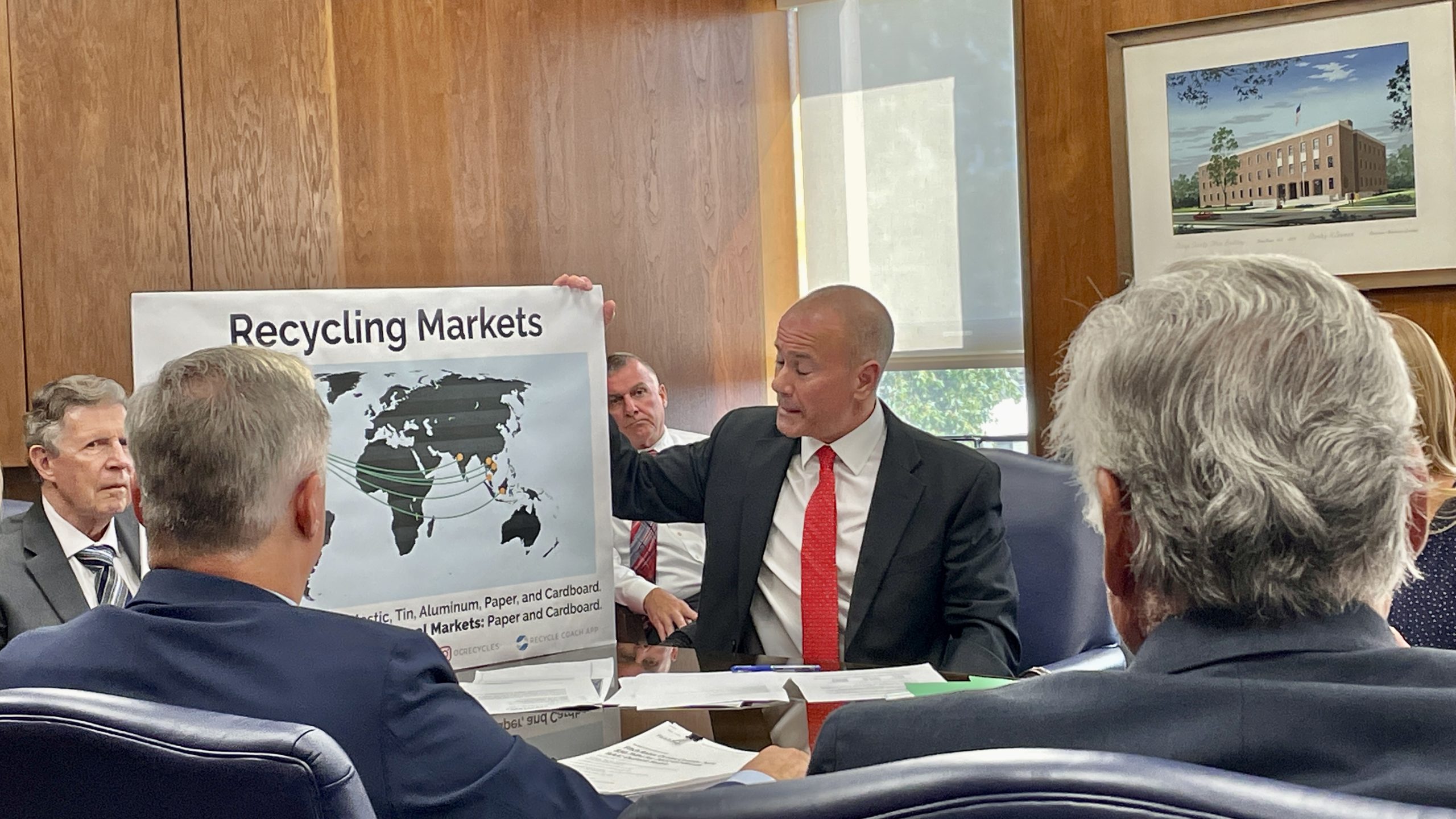 Decades ago, Ocean County pioneered a novel recycling program under which municipal governments received a share of the revenue generated from the recyclable materials they collect – rather than pay a bill to dump more waste in the county landfill. The program has remained a success, but in recent years the recycled materials market has declined, sidelining the payments and for the first time generating a cost. But thanks to a remade recycling market, the program is getting back on track.

Ocean County officials announced revenue share levels for each participating town on Wednesday – the first time revenue sharing has been feasible since 2018. The county received about $29 per ton for its recycled materials on the open market.

“We had a couple of lean years with the program, particularly in 2019 when we broke even and 2020 when we lost approximately $2 million,” said Anthony Agliata, the county’s planning director who leads the Solid Waste Management department. “In 2021 we made it up. We did fund the losses, and did not put that burden on the municipalities.”


This year, the market has improved to an even greater extent, Agliata said. For years, the bulk of the county’s recycled items went to China, but in 2018, Chinese authorities largely ended the importation of recycled goods. In the years since, Ocean County has seen new opportunities arise by exporting materials to Malaysia, India and Thailand, but the implementation of single-stream recycling and more technology has also made the materials useful at home.

“A lot more domestic markets have opened up,” said Agliata. “At one point, everything was going to China, and there was not much of a quality standard that went with that. Now, we’re presenting a cleaner product that is much more marketable.”

Aluminum, tin and cardboard have been the most valuable recycled products.

“Glass is the only one that is still difficult, and we have a hard time making a profit on that,” said Agliata, though some recycled glass has been tapped for use in the traditional landfill as a fiber that supports slopes and vegetation.

While the world has seen chaotic supply chain issues and ripples in international trade and logistics, the recycling market seems to be getting back on track, albeit in a different form.

“The lesson here is that the more a town can recycle, the more money comes into the town and the less garbage goes into the landfill,” Agliata said.

Total recycling revenue was $1,933,664 for the first six months of 2022, said Commissioner Bobbi-Jo Crea. Recyclable materials were sold by the county for an average price of $29.47 per ton.

Exactly one-half of that revenue will be returned to the 33 towns that partner in the program.

Individual revenue sharing awards ranged from $193,212 for Lakewood Township to $1,161 to Mantoloking. More than 32,803 tons of material was recycled county wide from January to June of this year, Crea said. Previous to this year, the highest revenue sharing award was $917,481 returned to towns in 2011, she said. So far, it has already been eclipsed in 2022.

The largest awards are to: