At least one person was transported to a trauma center in a medevac helicopter Sunday night after the vessel in which they were traveling became grounded in Barnegat Bay.

According to Toms River police, as well as witnesses, a boat with seven people aboard was traveling in the area adjacent to Middle Sedge Island and the Chadwick Beach section of Toms River Township when the vessel apparently navigated into a shallow area and became grounded, zapping the boat’s speed and sending passengers into the water. The accident occurred shortly after 9 p.m., authorities said, raising the stakes on the search given the darkness that had fallen.

Toms River police spokeswoman Jillian Messina said police, EMS, and fire units were dispatched to the area of Boca Raton Drive on Chadwick Island for a reported boat that run aground with passengers being ejected.


“There are several injuries reported at this time and multiple agencies are on the scene,” Messina said late Sunday night.

The New Jersey State Police Marine Services Bureau will be leading the investigation; that agency had not released a statement as of 2 a.m. Monday morning. 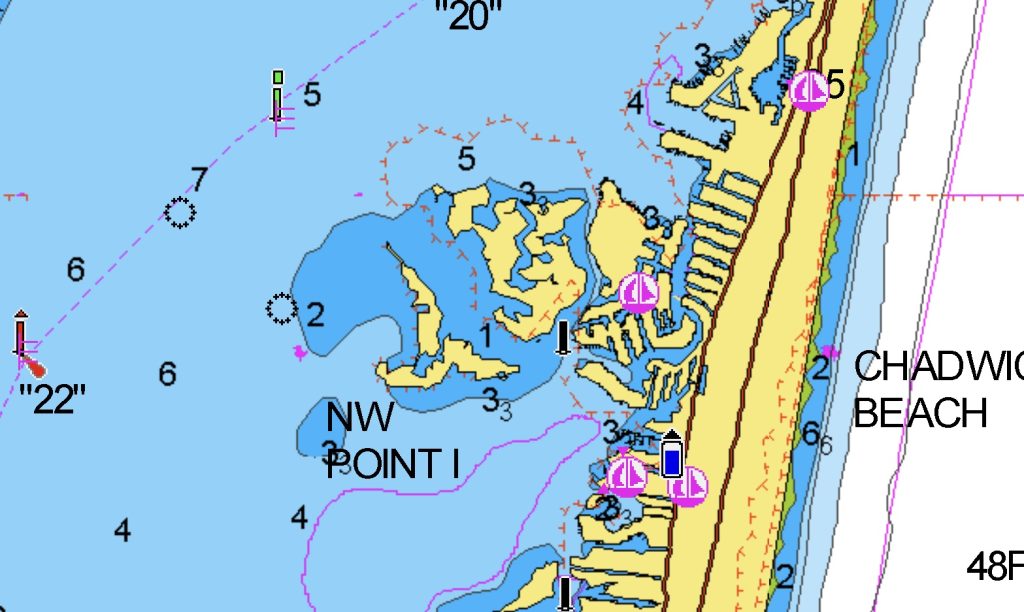 The bay was generally calm Sunday night. Middle Sedge Island, known for the large, solitary home that is located there, is surrounded by shallows. It is located just west of a narrow channel that runs along the extreme eastern portion of the bay, along the barrier island, and well east of the bay’s main channel which carries the intracoastal waterway.

A medevac helicopter transported one victim from the Brown Avenue landing zone in Lavallette.

This story will be updated when more details become available.