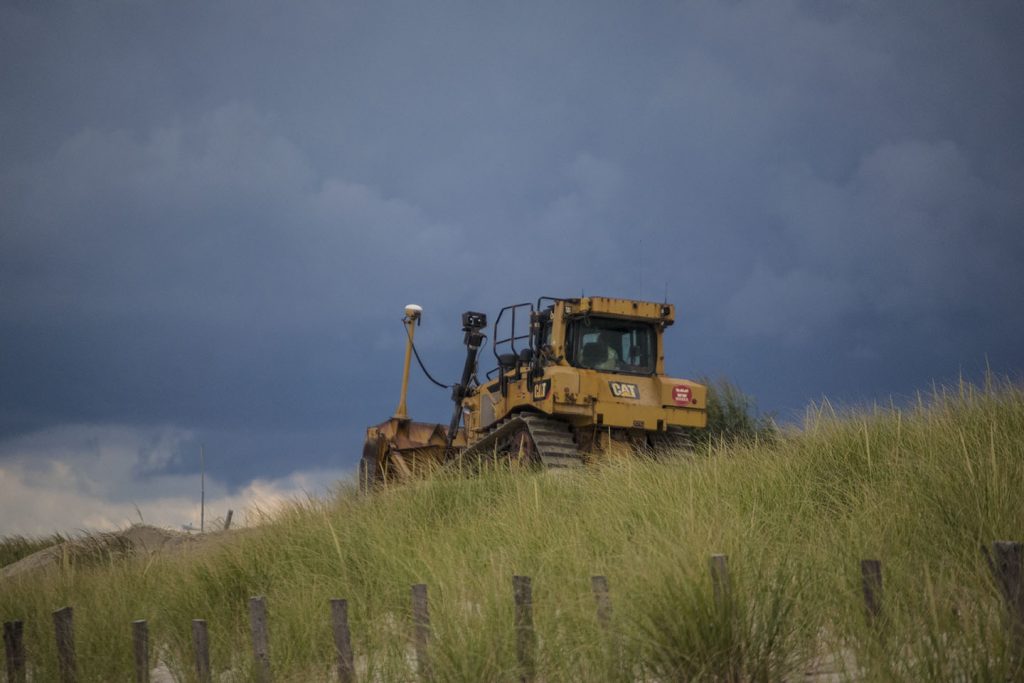 Seaside Park’s beaches survived Superstorm Sandy without many of the horrific images of destruction seen nearby in Ortley Beach and other local communities, largely because its dune system had been built up over the course of decades before the storm struck. Now, about five years after a post-storm beach replenishment project, the borough’s dunes remain in a towering position over the wide beach – and officials are wondering whether it’s truly worth it for another replenishment effort.

Unlike officials in some other towns, Seaside Park’s borough council never voted in favor of signing an agreement with the state and federal governments that committed them to future replenishment efforts. But as part of the coast-wide replenishment project initially funded by the U.S. Army Corps of Engineers, Seaside Park (like each community between Manasquan and Barnegat inlets) is eligible for additional rounds of replenishment every seven years for a half-century, as well as emergency renourishment following severe storms. Since the first project several years ago, towns were told there would be a “local share” of the cost of future replenishment projects, but no one knew what that share would represent – until now.

Seaside Park’s bill for the planned renourishment project, set to go out to bid this fall for possible construction during the winter of 2023, will be $382,000 – a far cry from Toms River’s proposed bill of nearly $2 million, but no meager amount for a small resort town. Moreover, officials wonder if it’s really needed.


“How did they come up with this number?” asked Mayor John Peterson at Thursday night’s borough council meeting. “They’re not telling us.”

While Toms River has had to spend multiple rounds of six-figure emergency beach renourishment efforts in Ortley Beach and the north beaches due to erosion during storms, and neighboring Brick Township recently having to close a beach in the Normandy Beach neighborhood, Seaside Park said even representatives from the state Department of Environmental Protection have admitted the borough’s beaches remain in sufficiently good shape.

“Knock on wood, ours recovered, and we didn’t have a severe impact” from nor’easters, said Peterson. “We don’t appear, and the DEP admitted it, to need replenishment on our beaches.”

Peterson said he asked representatives from the Army Corps in Washington whether sand gleaned from donor sites offshore could be used to bulk up the town’s bayfront rather than the wide beach berm along the ocean. There has yet to be a response. But officials are also unclear on what, exactly, would occur if they simply decline to pay the federal government’s bill.

“There was an agreement that we never signed or approved,” said Borough Attorney Steven A. Zabarsky. “Part of the problem the mayor and council had was this issue that would come up years later – we would be responsible for ‘x’ dollars. We were calculating in the tens of millions down the road. I think everybody agreed, quite frankly, not to sign the state aid agreement.” 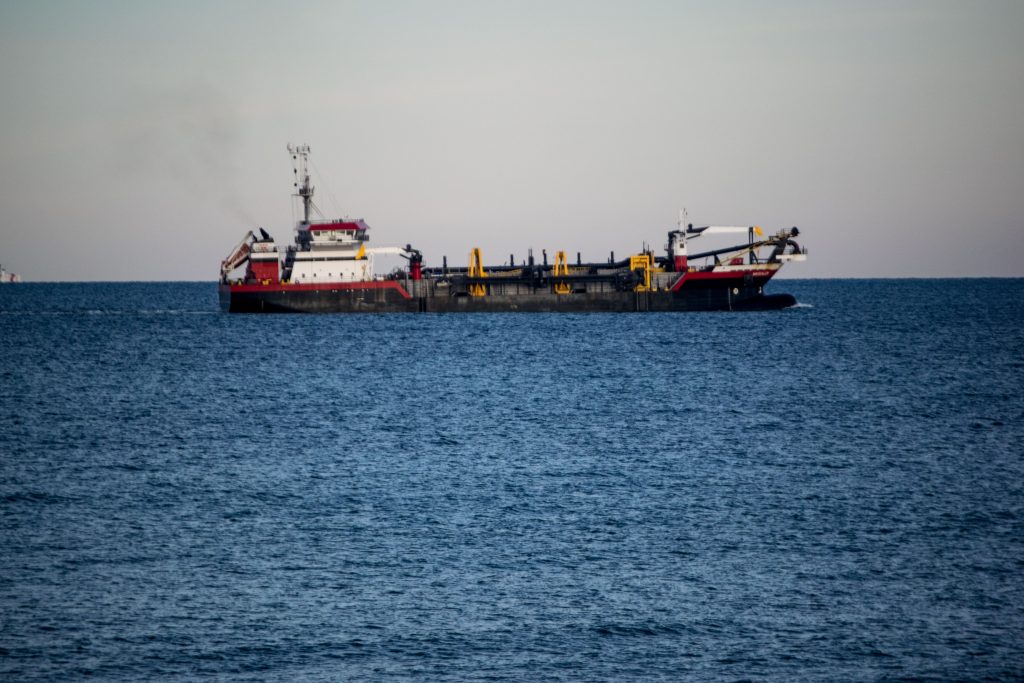 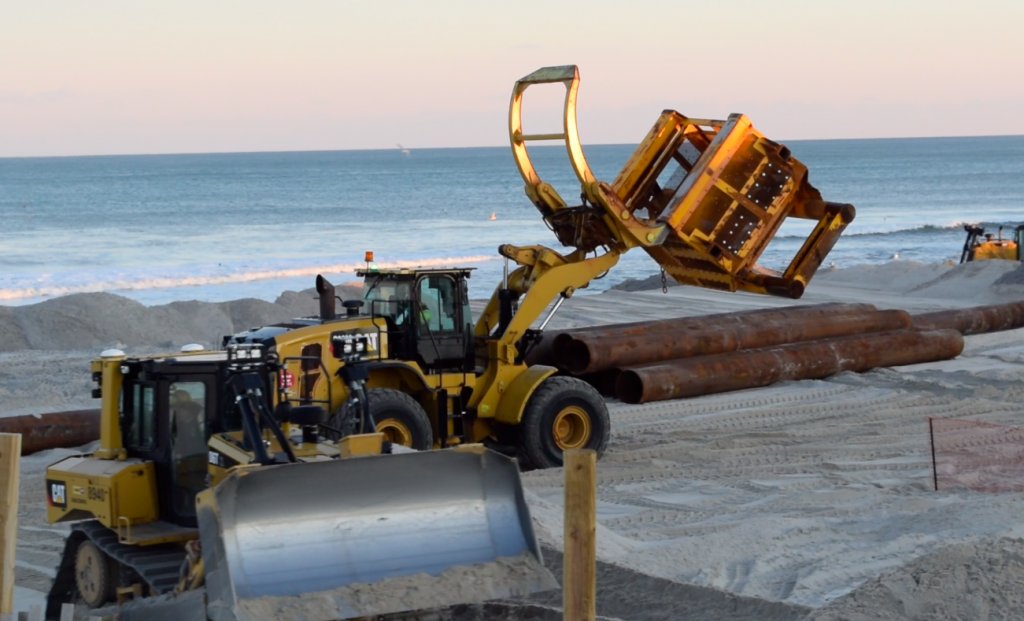 The timing for the next round of replenishment remains in flux. Toms River Mayor Maurice “Mo” Hill said this week at his town’s meeting of the mayor and council that federal officials told him they expect the Army Corps to go out to bid on the project in November, award the contract shortly thereafter and begin waiting for the winning contractor to move equipment to New Jersey. It is expected that two companies, Weeks Marine and Great Lakes Dredge and Dock Company, to bid on the project. But with the project still yet to hit the procurement register, the timeline remains uncertain, especially with the myriad supply chain and logistics issues that continue to gnaw at commerce on the seas.

“There is another effort by local municipalities to have the county incur the local share,” said Peterson. “The mayor of Mantoloking was concerned it would have a devastating impact – he fears it could push them over the [state spending] cap. It doesn’t seem fair to us, either.”

The council decided to continue their research rather than submit a signed agreement to the DEP consenting to the cost share, especially given the borough’s lack of an emergent need for replenishment as opposed to Ortley Beach, Bay Head and other areas that experienced significant beach erosion..

“We’re looking good, and that was pre-existing,” said Council President Matthew DeMichele. “Perhaps we should keep the state aid agreement under review.”