Ever think of setting up your beach chair in the inlet?

The idea isn’t so far-fetched lately, and it hasn’t been completely unheard-of to see chairs, blankets and anglers’ sand spikes literally plopped over the side of the south jetty of Manasquan Inlet which, under normal conditions, would be covered by feet of water.

Shoaling occurs naturally at Manasquan Inlet, leading the U.S. Army Corps of Engineers to schedule periodic dredging, usually performed by the Currituck, a unique hopper dredge that traverses the east coast of the United States and Caribbean keeping inlets clear of sand. This year, however, the shoaling occurred at a particularly rapid pace, leading to visible sand bars in the inlet itself. At the center of the inlet’s navigational channel, depths have dropped to 8-feet at times, shy of the 12-foot depth marked on charts and required for some of the larger vessels in the commercial fishing fleet.


The good news is that, following a request by U.S. Rep. Chris Smith (R-4), the Army Corps will be dispatching a survey team to the inlet to scope the waterway for potential emergency maintenance next week. 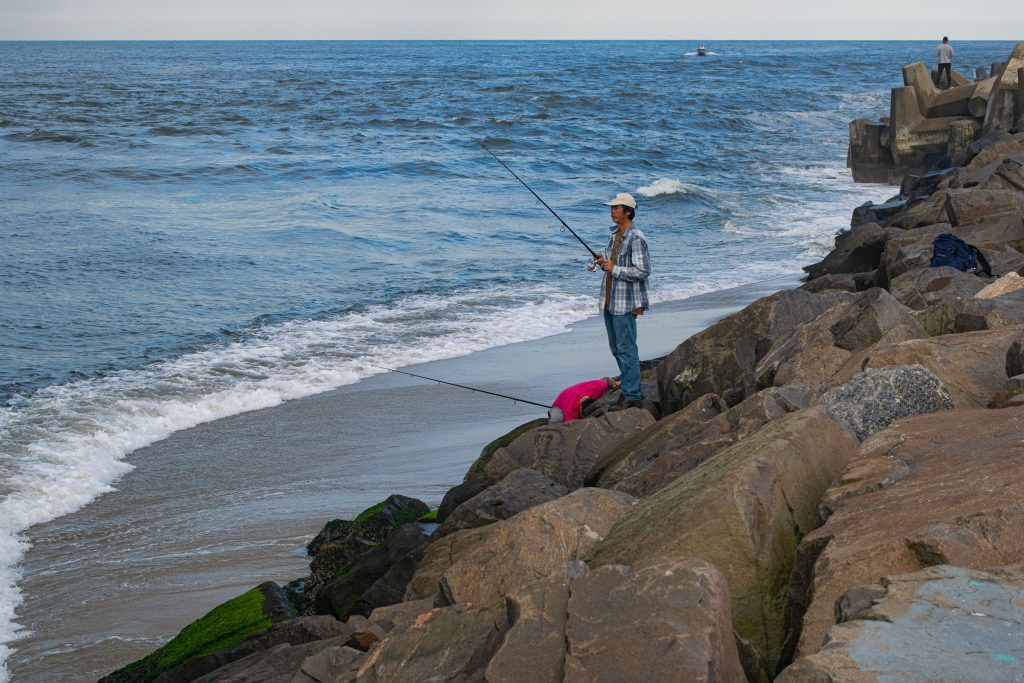 “The Corps’ new survey now scheduled for next week will help them better evaluate the most recent developments and any action that must be taken for the safety of commercial and recreational boaters on the inlet,” said Rep. Smith. “We appreciate their response.”

In addition to the sand bar that is visible at low tide, Smith urged Lt. Col. Ramon Brigantti of the Philadelphia District of the Army Corps of Engineers to have his team study the channel depth throughout the inlet, noting that if the matter continues to escalate, larger vessels — including the commercial fishing fleet — may experience groundings. The bar along the south jetty has also created hazards for smaller boats in the form of waves breaking in unusual positions and swells developing inside the inlet to a larger degree than normal.

After alerting the Corps to the problem last week via letter, Smith held a telephone conference on Monday with the Corps’ top engineer as well as Capt. Howard Bogan of the fishing vessel Jamaica from the docks of Bogan’s Basin in Brielle. Local officials from Point Pleasant Beach also shared their concerns.

“Nobody knows these waters better than the veterans of our local fishing community, so it was important to have Captain Howard Bogan on the phone to share his first-hand knowledge and experience of sailing through the channel in the last two weeks,” Smith said. “His expertise and insights helped illustrate the need to survey the inlet to see exactly where the shallow spots lie.”

As expressed in the congressman’s letter, the sand bar is becoming dangerous to all vessels during times of foul weather. Under fair weather conditions, boats can steer clear of the sand bar, but with a 25-knot wind pushing them around, it is expected to be very dangerous — especially if the bar continues to grow at its current rate. As hurricane season approaches its peak during the busy summer boating season and fall nor’easters are around the corner in time for the equally-busy striped bass season, vessels traveling too close to the jetty could find themselves pushed onto the bar and up against the rocks. 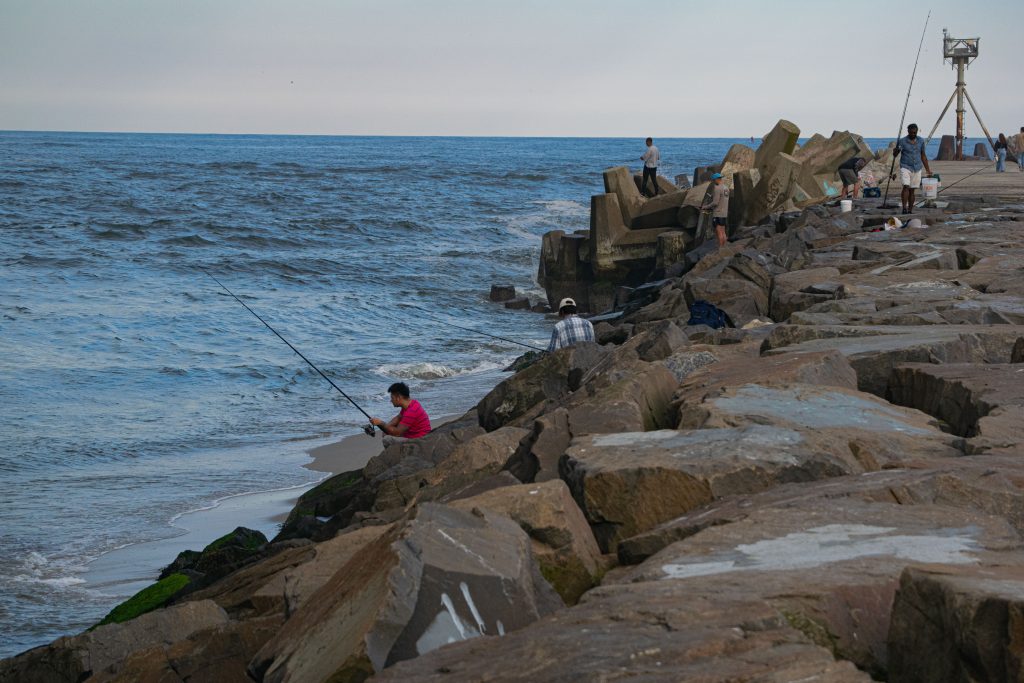 Officials in Point Pleasant Beach have also expressed concern over the inclination for people to jump down from the rocks to the sandy area. A wave, they said, could easily take a person into the inlet and potentially in the path of oncoming vessel traffic.

“The Army Corps of Engineers is the federal government’s master builders, and nobody does it better than the Corps,” Smith added. “We appreciate their response and new survey of the inlet.”

The inlet is generally considered more accessible than Barnegat Inlet or the oft-treacherous Little Egg Inlet, however shoaling has been a more frequent problem in recent years. The inlet famously closed about 85 years ago, but was reopened through the work of both local officials and the Corps at the time. The reopening ultimately led to the construction of the improved jetties that remain today, the rocks for which were excavated from below Manhattan during tunnel boring for the 2nd Avenue subway.