‘Working Like Dogs:’ A Tough Summer for Seaside Heights Workers Amidst Labor Shortage 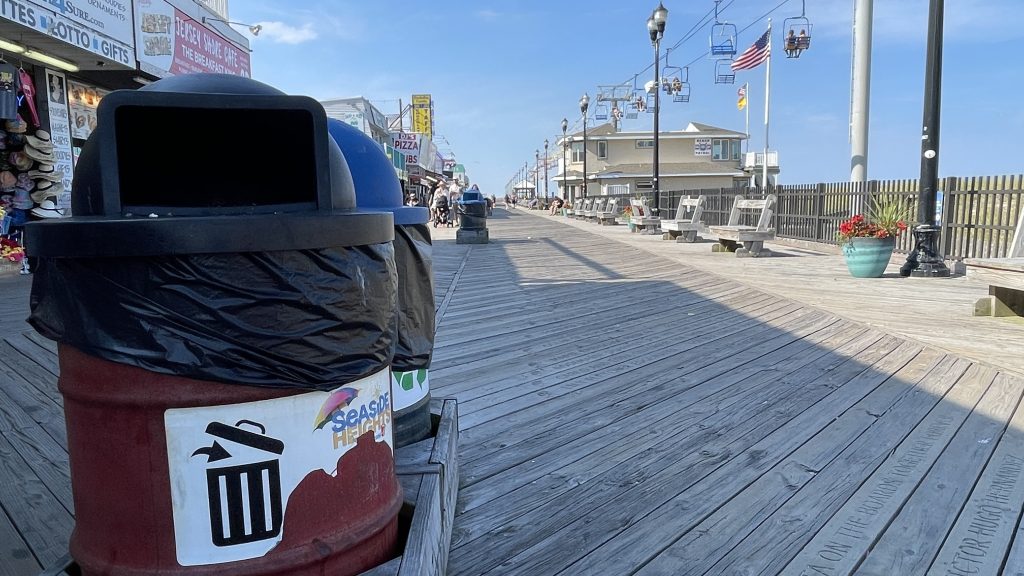 Summer is in full swing, and while every busy season brings its share of nuisances in a resort town, this year has been extra difficult for Seaside Heights officials in their question to manage one of the busiest boardwalks on the east coast with a major labor shortage.

The scenario playing out across America has its own consequences locally, magnifying issues that are usually kept under control, but also reaffirming the dedication of the borough’s staff that remains, with employees sometimes doing laborious work outside of their usual duties on their own time. Last week, the borough council modified an ordinance raising salaries for part-time and seasonal workers in an attempt to attract more personnel for the height of the summer.

In Seaside Heights, residents, visitors and officials have largely noticed the same issues popping up over and over again: sand accumulating on beach access ramps, handicap entrances falling into occasional disarray and a proliferation of litter at the end of a crowded day. In years past, the people who would handle the work required to keep up the boardwalk – laborious and tedious as they may be – were filled by part-time and seasonal workers. Now, they’re virtually impossible to fill.


“We’re having major issues with the beach entrances,” said resident Bernadette Hill, at a meeting of the borough council last week. “It’s almost impossible to pull a cart back up because the ramp is loaded with sand.”

Senior citizens and those with disabilities could find it difficult, she added.

“There are a lot of ramps that have that problem,” said Borough Administrator Christopher Vaz. “They’ve been trying to do the best they can, but it’s a bigger job than that. The handicap ramps have to be completely redone at this point. We’ve been aware of it for a while, but we simply just don’t have the manpower to go out. It’s an enormous amount of work for the small number of people we have right now.”

A week removed from July 4, with summer in full swing, officials are still trying to attract just a fraction of the borough’s normal workforce. There is also a concern that current employees could be overworked during long, hot summer days.

The situation has become such that longtime borough employees, most of whom live or grew up in town, have taken it upon themselves to chip away at issues on their own time, without pay, including the town’s lifeguards. Capt. Jay Boyd has been leading the effort.

“Jay is going to take it upon himself to take a day off with his guys, start with the handicap streets and just manually shovel them out,” Chris Vaz said.

Then, there is the issue of trash collection. Litter may be a fact of life, amplified by sea breezes and always-tenacious sea gulls, but this season more seemed to collect on the boards than usual – especially over the recent July 4 holiday.

“Right now, you can’t get anybody at $15 per hour for that kind of work,” said Chris Vaz. “I walked the boardwalk every night last weekend with my wife and our two friends, and my friends were commenting on how dirty the boardwalk looked. We used to have pickers up there at night picking up the stuff, but we just can’t get anybody.”

Once again, the generosity of borough employees – in this case, police officers – has been one of the few solutions.

“I had my guys go up there at four, five o’clock in the morning because we know Billy is stretched thin,” said Police Chief Tommy Boyd, referring to his colleague, Public Works Director Billy Rumbolo. “He really needs a hand.”

The mayor said Public Works has been the department most affected by the labor shortage, and rounds of salary increases have, thus far, not solved the problem.

The borough council last week passed a resolution raising the salaries of current part-time and seasonal employees in an attempt to hire more at a higher wage.