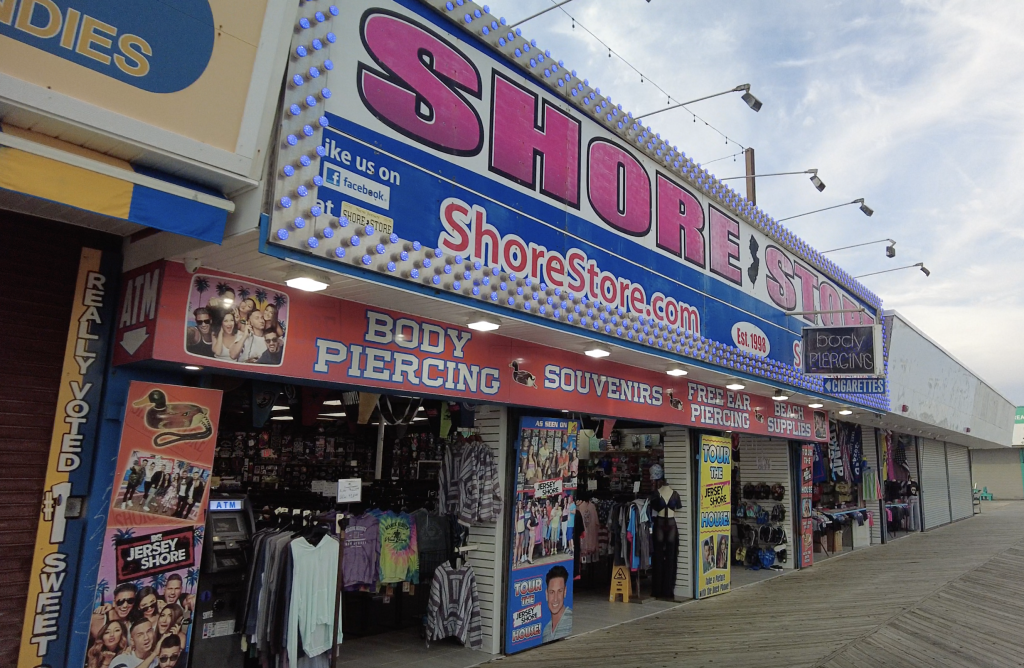 The owner of the “Shore Store,” popularized as the workplace of Snooki and the gang on MTV’s “Jersey Shore,” is suing the borough over a dispute centering on a zoning ordinance that prohibits certain businesses on the north end of the boardwalk.

In March 2020, Seaside Heights adopted an ordinance that was intended to maintain the north end of the borough’s boardwalk as a quieter portion of town, free of large bars and nightclubs, as well as other businesses that were not in the character of the neighborhood. This included body piercing businesses. The Shore Store’s owner, Danny Merk, has argued in a lawsuit filed last week that he obtained zoning approval and a mercantile license for a piercing business before – and later, despite – the adoption of the law and expended funds to build it before being denied a permit to operate for the 2022 season.

The borough had not yet filed a response to Merk’s complaint by the date of publication, though the borough council discussed the matter in a closed session before last week’s council meeting.


Merk, through his Toms River-based attorney, Anthony M. Pagano, accuses the borough of arbitrarily applying the ordinance to his business. He states that he went before the planning board in 2019 to demolish walls between two neighboring properties in order to expand his tee shirt and novelty retail business and received approval to do so, however borough officials stated in a letter that a condition of that approval was a requirement that Merk reappear before the planning board for permission to undertake any new construction, even if it otherwise comported with the underlying zoning.

Merk was issued various permits over the winter and spring of 2021 for the expansion, and a certificate of occupancy was issued June 3.

The ordinance that split the boardwalk into “A” and “B” zones was adopted after a public hearing in March 2020, with an amendment being passed at the May 19, 2021 meeting. These ordinances delineate between the two zones, which use Sheridan Avenue as a dividing line. The Shore Store is located north of Sheridan in the “B” zone, where piercing and tattoo businesses are not permitted uses.

Merk operated the business through the 2021 season and was issued a mercantile license to do so, but was denied a license to continue its operation in 2022 without receiving approval from the planning board.

The lawsuit asks a judge to reverse the borough’s decision on the license issuance, compensate the Shore Store for “lost revenue” related to the dispute, and be reimbursed for attorneys’ fees. The complaint did not specify the exact value of damages being alleged.