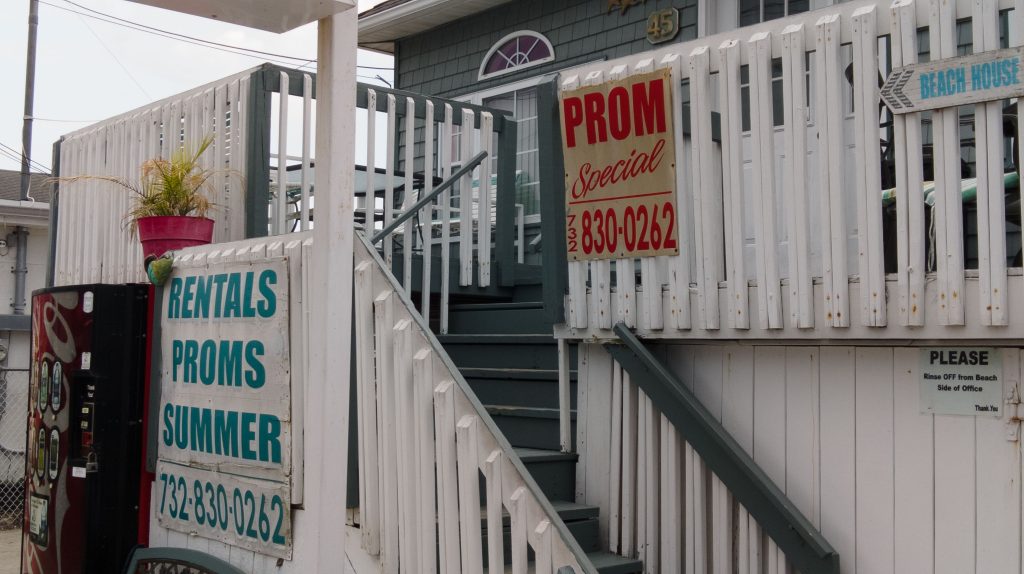 Nearly a week removed from the Memorial Day weekend holiday, Seaside Heights officials said they were continuing to take action against absentee landlords and those who come to the borough to cause trouble, but police are faced with increasingly stringent guidelines from the state attorney general’s office on how they must handle suspects while town hall deals with the proliferation of digital home rental platforms.

Several residents who came to a borough council meeting this week spoke out about troubling experiences over the holiday weekend, including an elderly man in a wheelchair who said he had food thrown at him after telling a young visitor that he was parking illegally. Other residents reported loud parties at rental homes, public urination, substance abuse, threats and foul language. The issues were primarily linked to so-called “prom rentals,” where young people from across the state – whether having come from a high school prom or not – rent homes in which to party.

The issue has cropped up after several years of respite, with some residents and officials drawing a nexus between the troubled weekend and a general breakdown in law and order that has spurred a national crime wave. Officials say they are ready to use all the tools they can to ensure the borough does not lose momentum in its redevelopment effort, with a cautious optimism that the few-week-long prom rental season will end soon, giving way to an influx of families and more orderly visitors.

“It was a rough weekend, I have to admit,” said Mayor Anthony Vaz. “There is a difference today with the word ‘respect,’ and I don’t think anyone would disagree with that.”

Officials are dealing with the problem on two fronts, but have experienced push-back on both. Last summer, the borough moved to revoke the mercantile licenses of several owners of rental homes and motels. Some of the cases have been settled, but others are just heading to court next week. Police can directly intervene when a crime is being committed, but state attorney general guidelines have hamstrung officers in some circumstances thanks to new guidelines for dealing with those underage and a controversial – but lightly-reported – directive issued May 25 that orders police officers to simply release any criminal suspect with a warrant for which bail is set at less than $500.

Seaside Heights is in the midst of a historic redevelopment effort, with several long-troubled motels having been demolished in favor of new single-family homes or condominiums. A good number of rental properties that, in the past, attracted frequent police attention have also been eliminated. But property owners who still choose to offer “prom rentals” have begun shrugging off responsibility for policing their tenants, officials observed.

“I learned it this weekend,” said Borough Administrator Christopher Vaz. “The short-term rentals like VRBO and Airbnb are a mixed bag. On one hand, a lot of those places are high-end, new houses that people are taking care of, and making sure of who they rent to. But the problem properties that were Airbnbs and short-term rentals – the owners were blaming the rental services.”

Vaz said tenants of one rental home were evicted by code enforcement and the owner, who lives out of town, was called to secure his property.

“He spent five minutes blaming Airbnb, but I spent 10 minutes explaining to him that he’s the owner of the home and he’s responsible,” said Vaz. 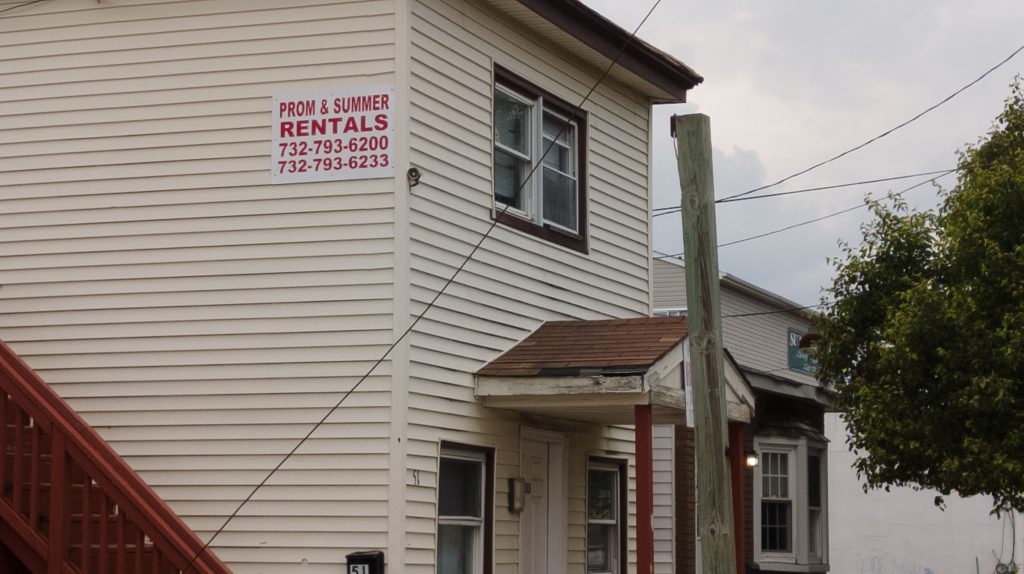 Seaside Heights plans to aggressively enforce its rental responsibility ordinance, which holds landlords responsible for issues emanating from their properties. The landlords can be required to post thousands of dollars in cash bonds if they wish to continue renting, and forfeit the bond if more incidents occur, ultimately losing their mercantile license to permit rentals.

The borough uses a computer tracking program to sort through raw police data and pinpoint problem locations on a map. These properties, or general areas, can be locations that command extra police attention in the future, or the borough can take immediate action against a landlord if the law allows.

“When you get three or more of these calls, you’re going to be getting a mercantile complaint,” Vaz said.

Officials are also considering a new penalty that would require rental property owners to pay for security at their homes if incidents occur. A similar policy is in effect in several Monmouth County towns, and is largely credited with solving similar problems with rental homes that once plagued Belmar as it was undergoing its own redevelopment efforts in the early 2000s.

Seaside Heights is scheduled to open a police substation on the boardwalk this weekend, which will remain open for the entire summer season, the mayor said. The borough hired a new police sergeant to supervise special officers on the boardwalk, and the substation will be equipped with two long-range cameras that can provide officers a view from one end to the other. The substation will also have a public-facing window, located on the first floor of the lifeguard headquarters in the midsection of the boardwalk.

The Seaside Heights Police Department currently holds the title of having the fastest response time of any police agency in New Jersey: under 30 seconds, on average.

Some issues, many expressed, are the result of a larger breakdown of law and order, combined with state policies that have limited the extent to which police officers can handle suspects. Vaz, the mayor, said officers had to be cautious when dealing with large groups of visitors over the holiday weekend, especially on the heels of a small riot that occurred in Long Branch a week prior.

“I was with our cops, listening to the [scanner], and when you have thousands of people you have to be careful,” said Vaz. “It can go from the problems we had to an even bigger problem very quickly.”

“We have to watch what we’re doing, how we patrol and how we deal with people,” said Boyd. “They will charge one of my officers with a federal crime.”

Just two days before the holiday weekend began, the latest directive from the state Attorney General’s office to police chiefs outlined a new policy that bars officers from jailing those with bench warrants under $500. Even if the warrant amount cannot be paid, the suspect is to be “immediately” released on their own recognizance. The policy officially becomes effective in June.

“Not only is the possibility of arrest at any moment disruptive to a person’s life, it also can heighten the tension surrounding interactions with law enforcement, increasing the possibility of more volatile encounters,” the directive stated.

Fortunately, borough officials say, if history is any guide the problems with begin to ease before the height of the summer. The “prom rental” season generally lasts two to three weeks before schools are let out for the summer and families occupy rental properties, often at higher rates. Strict enforcement of the rental responsibility ordinance will also have a cumulative affect, said Vaz, the administrator.

A rental owner who was cited for running a raucous party house last summer decided against offering prom rentals this year after he learned he would forfeit a $5,000 bond if police were called to his residence one more time.

“There is a learning curve for some owners,” he said, adding that the next round of complaints may be issued soon where appropriate.