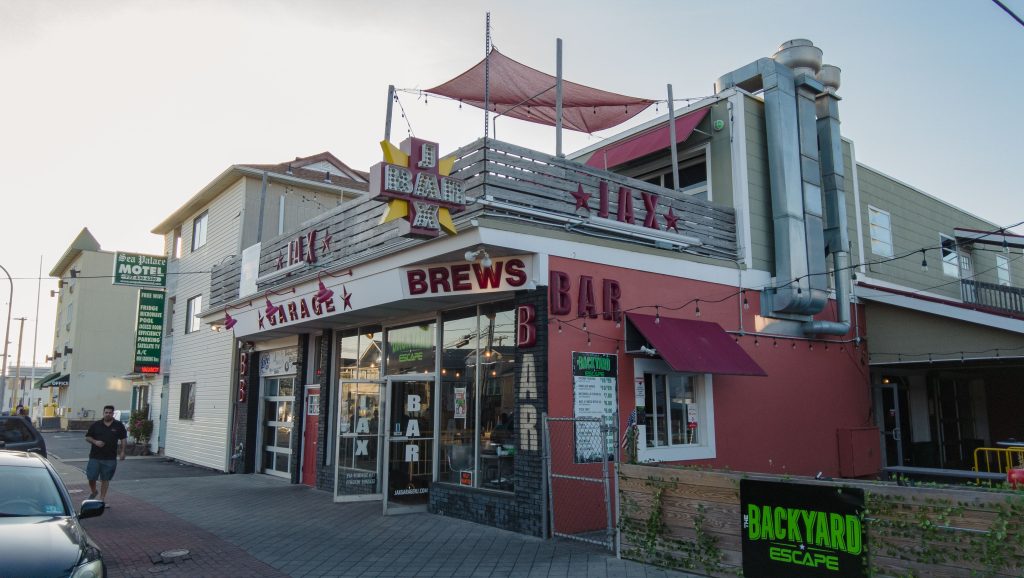 Jax Garage, which sprung up in a former mechanic’s shop after the former Jack N Bill’s bar on the boardwalk succumbed to fire in 2013, has closed – at least for now.

The announcement from the bar came exactly one week after the borough council voted to adopt new restrictions on the establishment’s liquor license following complaints from nearby residents and business owners and repeated police activity at the site. The bar is owned by Louis Moscatiello, of Lavallette, who also owns the Aztec on the boardwalk and Used to Be’s in Brick Township’s South Mantoloking section of the island.

“Due to current restrictions placed on Jax Garage from the town, we will temporarily be closed,” an announcement posted on Jax Garage’s social media channels said. “We appreciate all our patrons love and support over the years. We look forward to serving you again soon!”

Public reaction was mixed, though followers of the bar’s social media accounts largely backed the business.

“Let it be a party town,” one man from Island Heights posted.

“Maybe never [should’ve] built a bar that’s in reality a nightclub on a residential street, surrounded by hotels and homes?” another opined.

Mayor Anthony Vaz said he had not heard about the announcement of the closure, and reiterated that the council applied conditions to the license but did not order the license to be suspended or the bar to close.

The conditions imposed were:

By Wednesday night, the Jax Garage social media pages were posting reactions from fans, and hinting that the parties would continue at Aztec. The bar’s Instagram account featured a video of customers dancing at Aztec while “We Will Survive” was scrawled across the screen.

Jax Garage is known best for its Thursday night parties year-round, and large crowds gather on weekends to see a cadre of local DJs who regularly perform.