What’s Happening With the Surf Club Property Now That It’s Been Purchased by Toms River?

The building that once housed Joey Harrison’s Surf Club in Ortley Beach was demolished in December 2021 following its purchase by Toms River Township using state Blue Acres funding. Since the demolition, there has been no activity on the site, and it remains fenced off from the public. A parking lot located across the street is also vacant.

Toms River Mayor Maurice “Mo” Hill said this week that the township is looking to expand its boardwalk near the Surf Club site and add beach access for the public. The parking lot has also been preserved by the purchase, but it is unclear whether it can still operate since Blue Acres purchases are normally geared at taking flood-prone properties off the tax rolls and preserving them. The parking area, of course, is a unique feature to Ortley Beach, with officials saying it would help alleviate parking issues and open up beach access to more visitors. 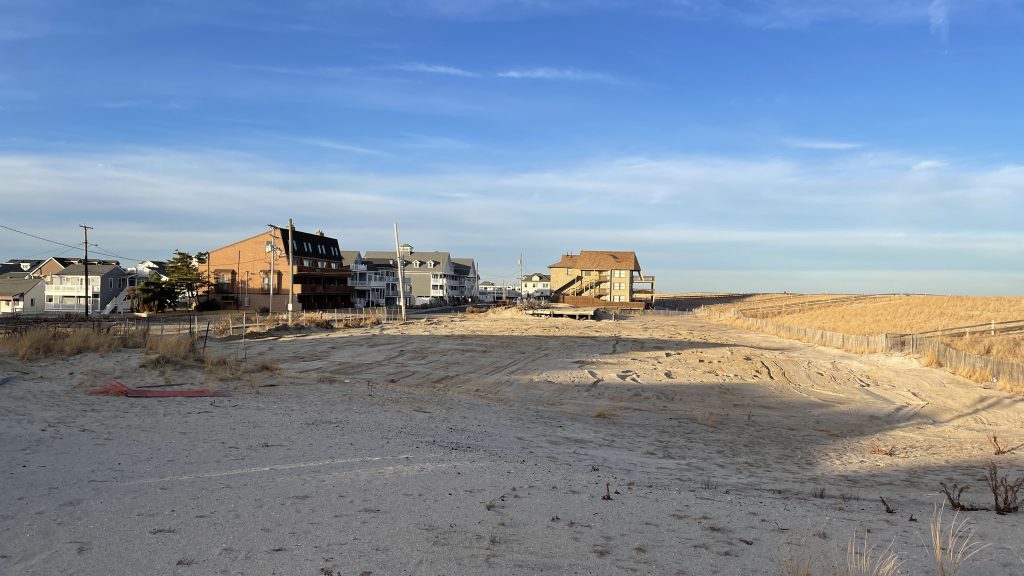 Ultimately, the township is awaiting approval from the state’s Blue Acres office and the Department of Environmental Protection to move ahead with the improvements that are planned. The property, due to Blue Acres funds being used for the purchase, will remain deeded to the state rather than the township.


“The state has taken ownership of the land,” said Hill. “We provided a concept plan almost a year ago. Until they approve it, we really can’t move forward.”

Some residents are not happy with the aesthetics of the property, which is encircled by a large chain-link fence. Neighboring the Surf Club lot is another property owned by a private condominium association. Two, three-story buildings are planned for that portion of the lot. The piling foundation of the previous residential portion of the site can still be viewed from outside the fence.

“We have a parking lot sitting there empty,” said Paul Jeffrey, an Ortley Beach resident who has led the Ortley Beach Voters and Taxpayers’ Association. “We’re going to get incredible criticism to have all this state money and township money spent on this property and it isn’t being used.”

Jeffrey said he would let the association members know about the ongoing delay from Trenton so they could call and advocate on the township’s behalf. The OBVTA played a key role in obtaining state funding for the site, facilitating meetings between the state, township officials and the Barcelona family, the Surf Club owner. The group ultimately paid for the services of a mediator to help the parties come to an agreement on the price.

The site was sold for $7.3 million. The township’s contribution toward the acquisition – $685,000 – was financed through the sale of land near Cattus Island County Park and Ocean County College to the county government.