A memorial made of shells, flowers and dune grass began to appear Wednesday at the East Penguin Wave beach entrance in Toms River’s Ocean Beach II section, a day after a sand collapse that claimed the life of a teenager and injured his sister.

Flowers were placed at the beach entrance and several arrangements of clam shells form crosses over the remnants of the hole that collapsed on top of the two teenage visitors from Maine. Flowers were also left over the site, as well as dune grass fashioned into a heart. Levy Caverley, 18, died after a hole reportedly between 6-10 feet deep collapsed in. His sister, who is 17-years-old was also trapped, but rescuers were able to extricate her from the hole and she was treated at the scene for minor injuries. 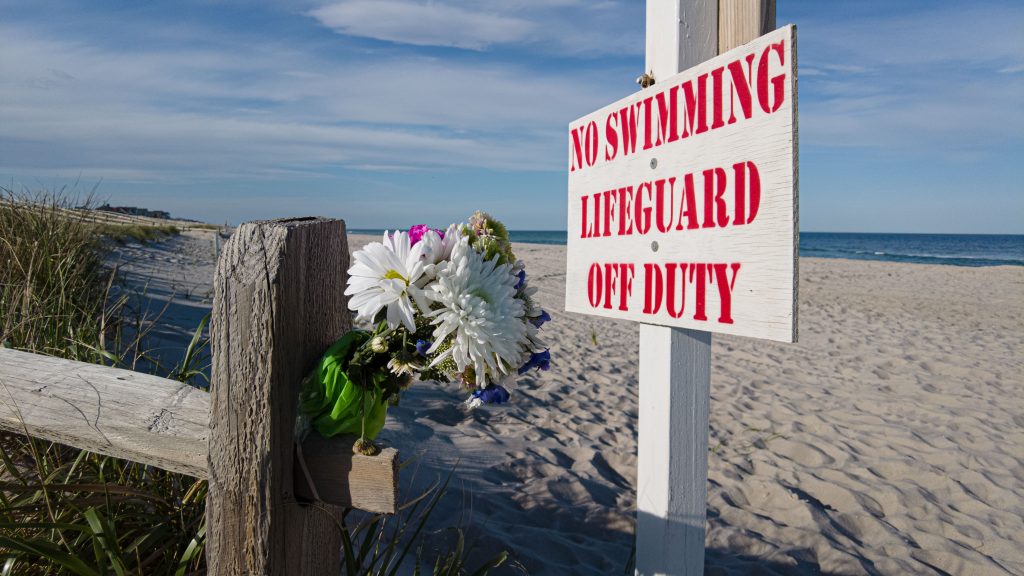 Following the tragic collapse, Ocean Beach Fire Chief Drew Calvo warned that beachgoers must “be cautious and understand the dangers of the beach.”


“When digging a sand hole, to be safe, only dig ankle or knee deep, so that if the sand collapses, you can easily escape.” he said. “Digging deep holes could pose a danger to not only other beach visitors but also fire officials and emergency medical services who frequently ride along the beaches during the day.

Most importantly, Calvo said, “We want to make sure this does not happen to someone else.” 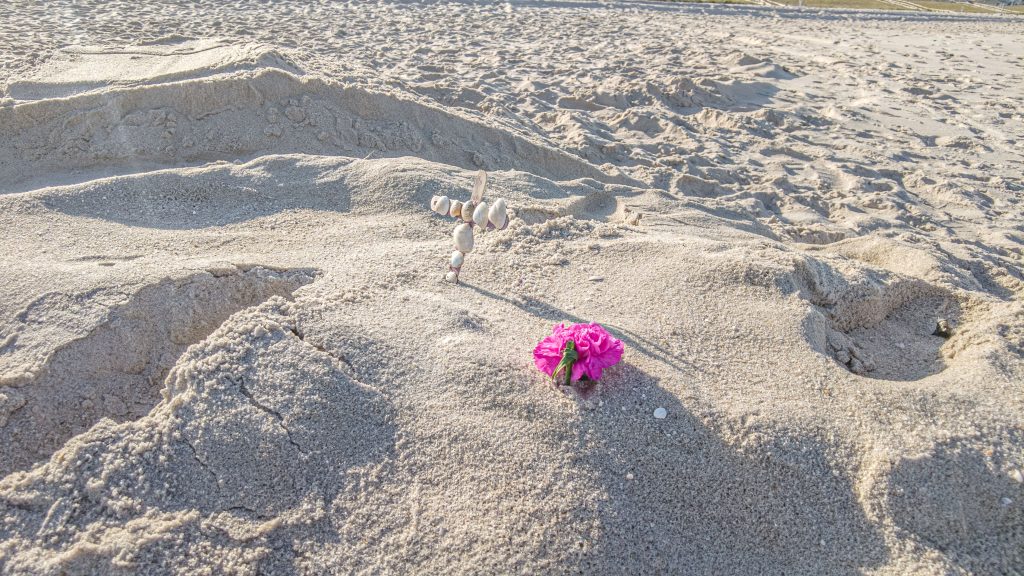 Toms River Mayor Maurice “Mo” Hill said the township was “heartbroken for the Caverley family for the loss of young Levy.”

“I can’t imagine the pain that they must be experiencing.”

Hill thanked firefighters and rescue workers, most of whom were volunteers, for the quick response. But he also warned that the deadly incident highlights some of the variables present on Jersey Shore beaches.

“With all of the storms and beach replenishments we’ve had, beach sand is not compact,” said Hill. “Some call it ‘sugar sand.’ Do not dig more than knee deep. Doing so puts yourself and others at risk.”

Historically, the sand on Ocean County’s northern barrier island is among the softest and deepest in the state. The fine grain quality normally attracts positive publicity, but can also pose a challenge to vehicles driving on the beach. This summer, lifeguards will regularly patrol the township’s beaches and make sure holes do not become dangerously deep or are left unattended.

“When our lifeguards are present, they scan the beach during usual rounds for any digging lower than knee deep,” Hill said. “They stop patrons from digging and fill the holes. They scan the beach at the end of shift for any holes left and then fill [them in].”

Calvo reiterated that lifeguards were not present on local beaches, and will not be until the official bathing season begins. During the off-season, rescue services are provided by local firefighters, water rescue teams, police officers and volunteers.

The following agencies responded to the incident: