A plan to build a new highway entrance to the island, connecting the Route 37 bridge to Route 35 in Seaside Park, will be the subject of a study to be conducted this year by the state Department of Transportation.

The plan to reconfigure the highway has discussed for more than a decade, but Superstorm Sandy – and the urgent need to reconstruct Route 35 following the storm – largely put the effort on the back burner. But state officials say they have utilized eminent domain to take three residential properties in full, and another partially, and are now ready to conduct a formal study of the area and design the new approach. 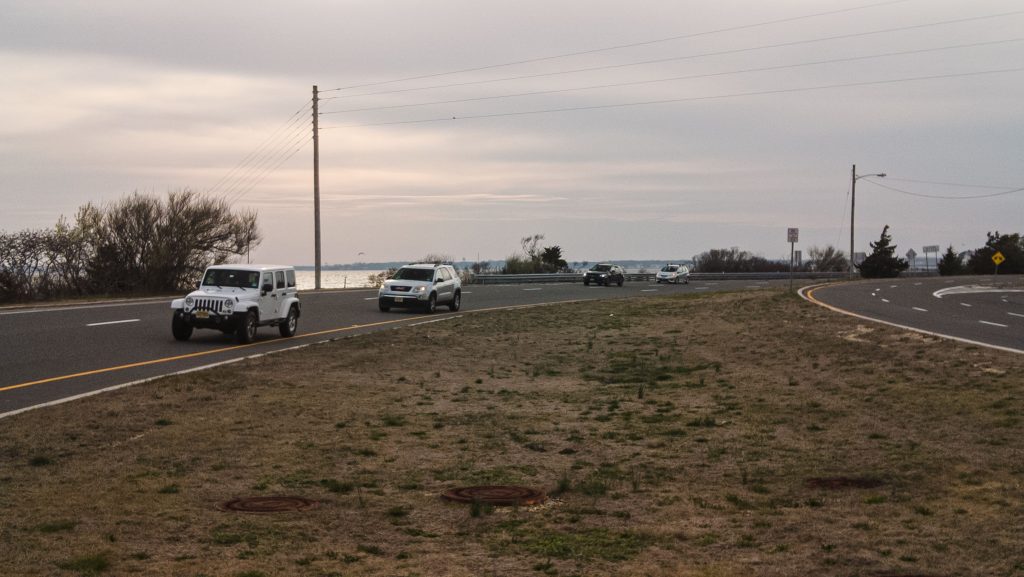 The southbound entrance to the barrier island along Route 37 to 35. (Photo: Daniel Nee)

According to a planning document released by the state, the new configuration will center on the “S-curve” that traffic must follow when exiting the bridge to the south, or traveling the bypass from Seaside Heights into Seaside Park using the highway.


“Currently, this movement consists of making a tight double horizontal curve in the shape of an ‘S,'” the report said. “The geometric concerns associated with the S-Curve were identified during the development of the original (pre-Sandy) project. The preferred solution was to replace the S-Curve with a smooth single curve.”

According to DOT planners, the challenge in addressing the S-Curve during the reconstruction effort of Route 35 was the timing of the project. The highway loop wraps around three blocks of residential properties, and the straightening of the S- Curve required taking the three properties in full and one partially. The process of the takings could not have been completed in time to reconstruct the highway after Sandy, a project that was desperately needed after portions of the roadway were completely destroyed.

“The right-of-way process was on-going when Superstorm Sandy struck in October 2012,” the report said. “An emergency situation was created and the department moved quickly to reconstruct the battered Route 35 and its associated drainage system. It was decided to put off the smoothing of the S-Curve as the right-of-way process would take its due course.” 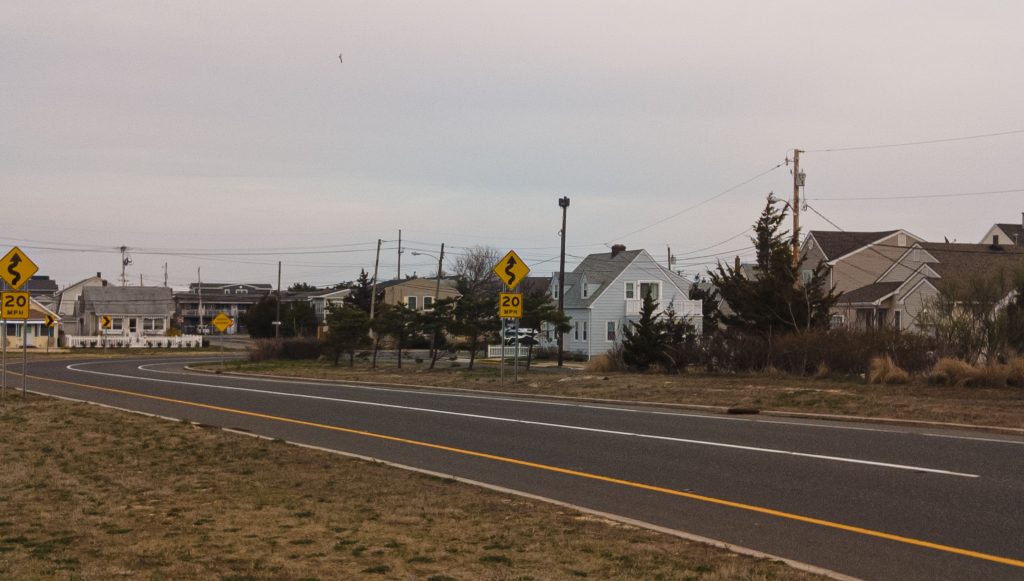 The southbound entrance to the barrier island along Route 37 to 35. (Photo: Daniel Nee)

Over the past several weeks, state agencies, including the DOT, have released numerous documents outlining programs that will be funded under this year’s statewide budget. While the project itself is not funded, the feasibility and implementation study that precedes the project was proposed for funding under the 2022-23 Study and Development Program.

Funding for the project is expected to be included in a future DOT budget once the study is complete, with local officials having said the investment in eminent domain takings of the rights-of-way bode well for the project’s ultimate implementation.

“The right-of-way has now been acquired and the department can move forward to replace the S-Curve with a smooth single curve as originally envisioned,” the planning document said.