The department is also reminding residents that a Neighborhood Watch meeting will be held Monday May 9, 2022, at 7 p.m. in council chambers, located on the second floor of police headquarters.


After investigating an incident from April 4th we were able to gather evidence to charge the two male subjects who entered a residence they did not belong in and damaged some property while they were inside. Both subjects were charged with trespassing and criminal mischief.

Road Hazard – Police responded to the area of J St. and Central for a report of a road hazard. Officers arrived and observed a large sink hole on J St. in the west bound lane measuring approximately eight feet by eight feet. Officers secured the scene and put cones out until the County Road Department could respond to fix the issue and make the road safe for travel. 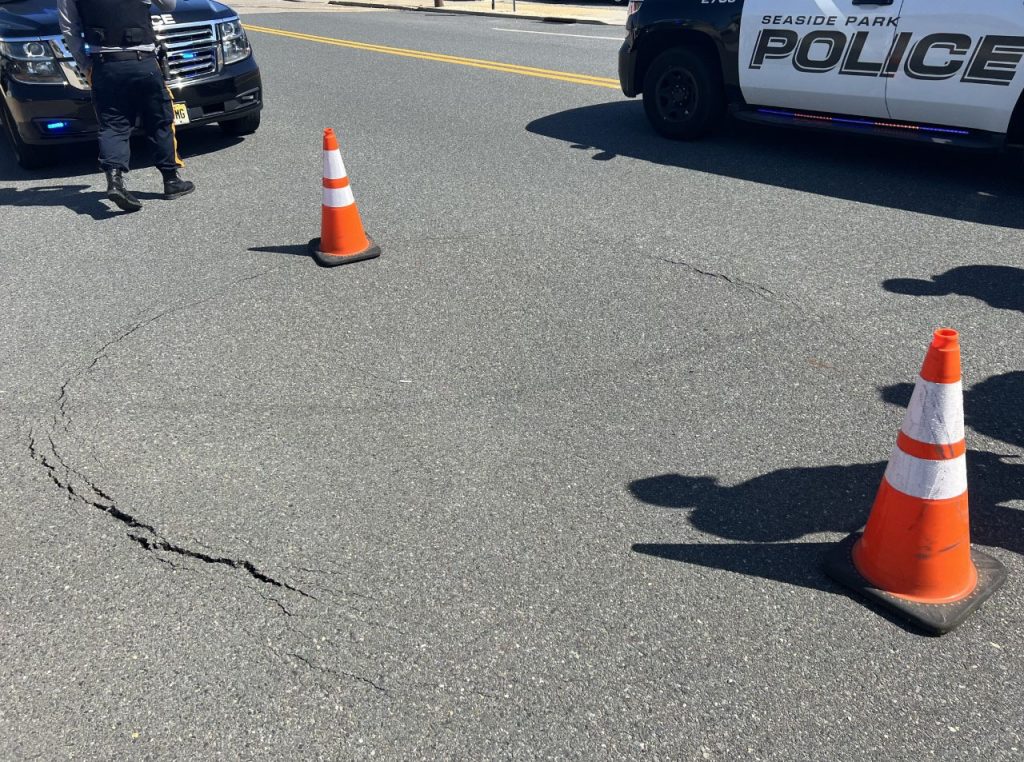 Verbal Dispute – Police were dispatched to the area of D St. and Bayview Ave. for a verbal dispute between a male and female in a motor vehicle. Police arrived on scene and located the vehicle with the subjects matching the description that was provided. Officers spoke to the male and female involved and were able to mediate the situation. It was determined that it was just a verbal altercation, and no further police response was needed.

Fire Alarm – Police and the Seaside Park Volunteer Fire Company responded to the area of K Ct. for a report of a fire alarm activation. Officers arrived and did not observe any smoke or active fire. The fire department arrived and checked the residence with their thermal camera to ensure it was safe for the residents to reenter. It was deemed safe, and that the alarm was set off in error.

Animal – Police were flagged down by a male subject stating that while he was delivering food in the area of I St. and Central the homeowner’s dog had bit him on the knee leaving an injury and wanted it reported. Information was gathered to generate a report. Photographs were taken and the subject was offered medical attention. The complainant was advised how to proceed with signing complaints if he chose to do so.

Borough Ordinance Violation – While on patrol in the area of Farragut and Lake Avenue Officers observed a female sleeping in her motor vehicle which is a violation of borough ordinance. Officers made contact with the subject and advised her of the infraction, and she was issued a borough summons for the violation.

Criminal Mischief – Police responded to take a criminal mischief report for a caller in the are of 2nd and Ocean. The caller wasn’t sure when it occurred, but they reported to Officers at the scene that their residence had been egged. Officers gathered all information needed to generate a report and the area was canvassed for any cameras that may have captured the incident. This matter is still under investigation.

First Aid – Police and Tri-Boro First Aid Squad responded to a patient who was experiencing difficulty breathing. Police and EMS arrived and began to assess the patient at the scene. The subject was transported to Community Medical Center for further treatment by Tri-Boro.

Alarm – Police responded to the area of 11th and Barnegat for a burglar alarm activation. Officers arrived and checked the exterior of the residence and did not observe any signs of forced entry. All doors and windows were found to be secure. It was determined that the alarm was set off in error.

Open Door – Police responded to the area of Decatur and Ocean for an open door at a residence. Officers responded and located the open door at the house. No signs of forced entry were observed, and the rest of the exterior was found to be secure. The open door was locked and the homeowner was advised.