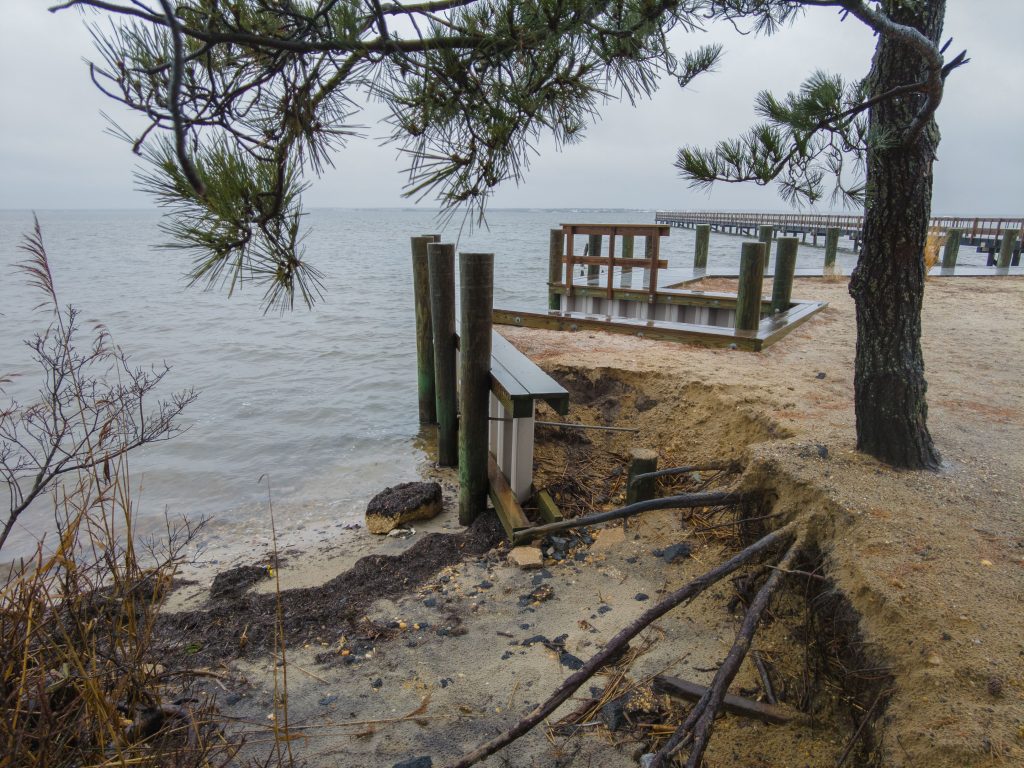 Seaside Park officials have appointed a professional engineering firm to handle the design of a project that will shore up the area just south of the 14th Avenue fishing pier, which has degraded significantly in recent years and is threatening the stability of property in both the borough and on its border with Berkeley Township.

“The situation has risen to what is best described as an emergency,” said Councilman Frank “Fritz” McHugh. “It’s also been thoroughly discussed in the environmental committee, whose membership was very concerned about the situation.” 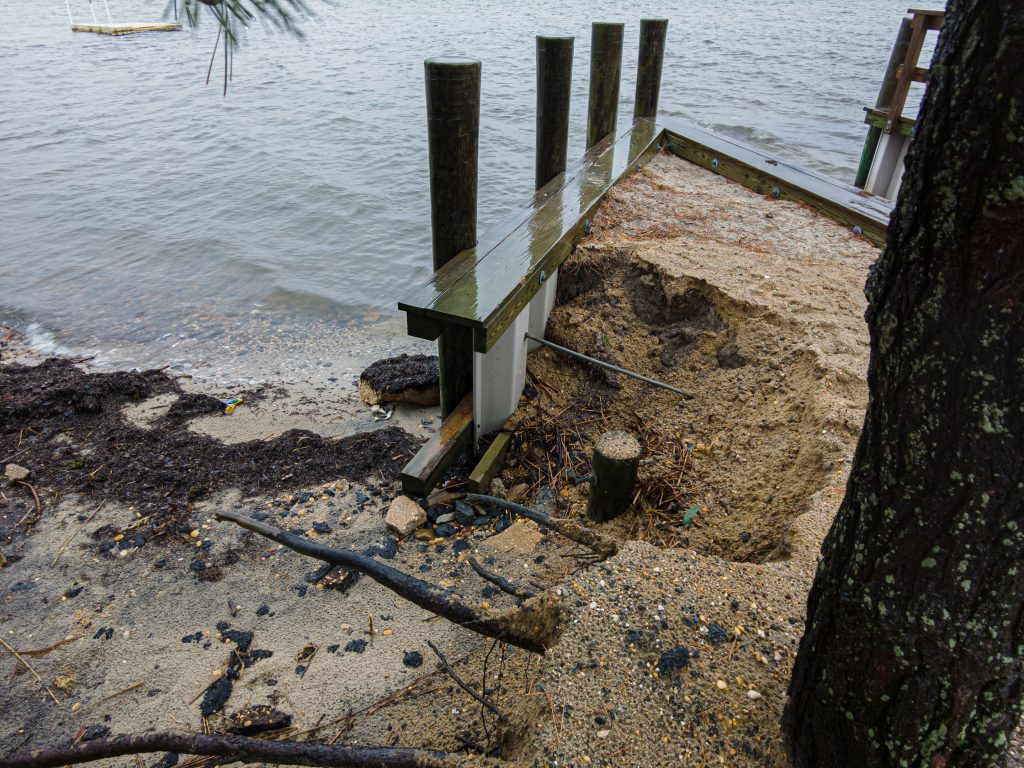 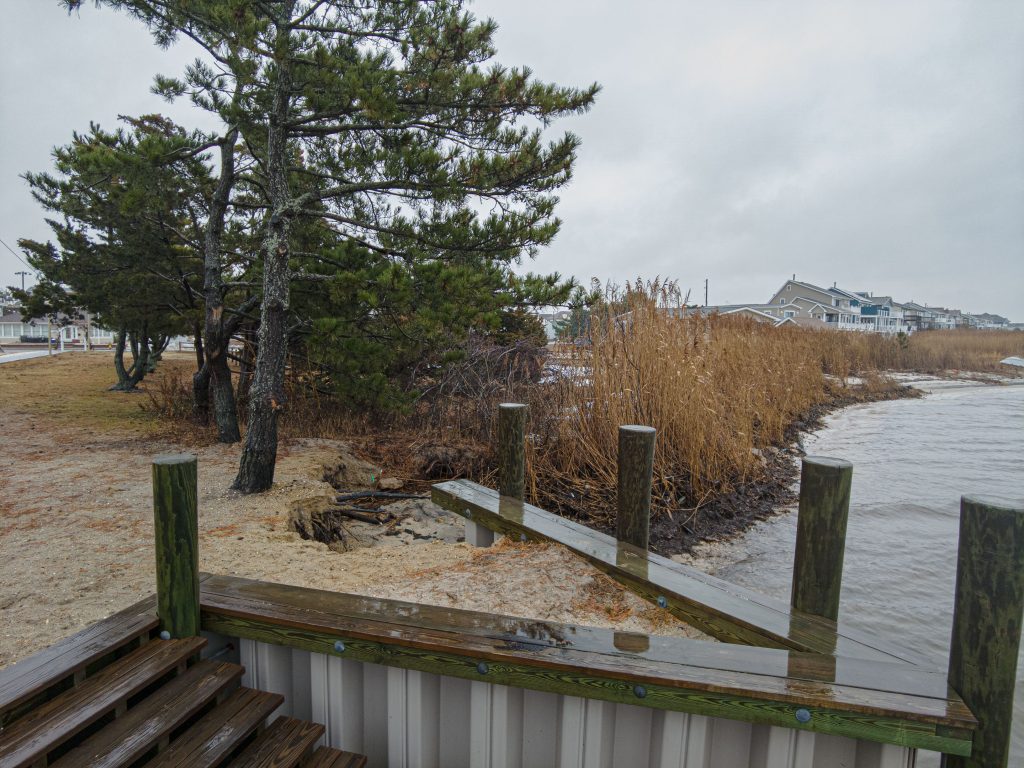 The issue in the area surrounds the terrain just south of the pier, on the borough-owned property that borders the South Seaside Park section of Berkeley Township. The terrain in the area has suffered from chronic erosion in such a way that the integrity of the shoreline, surrounding bulkheads and structures could begin to deteriorate quickly. Because of the gravity of the situation – and also because the property backs up to the border with another town – Seaside Park officials decided to hire an engineering firm to design the fix.

Borough crews will perform the actual construction work, which will likely include the installation of a Gabion-style retaining wall. Gabion is a company that manufactures a number of wall elements, and has used its “erosion basket” system to success in controlling flooding in other parts of the country.

“It’s at the boundary of another town and a private property, so we thought it would be best to have the guidance of an engineering firm,” said McHugh. “There are a lot of boundaries here and we don’t want to expose ourselves to the potential liability.”

Mayor John Peterson said the area of particular concern is located near the access stairs to the bay, where trees could soon be lost if the ground degrades further. He also said the fix will likely include the a Gabion or similar style retaining wall. The fix should end the issue of chronic erosion in the area after years of patchwork. 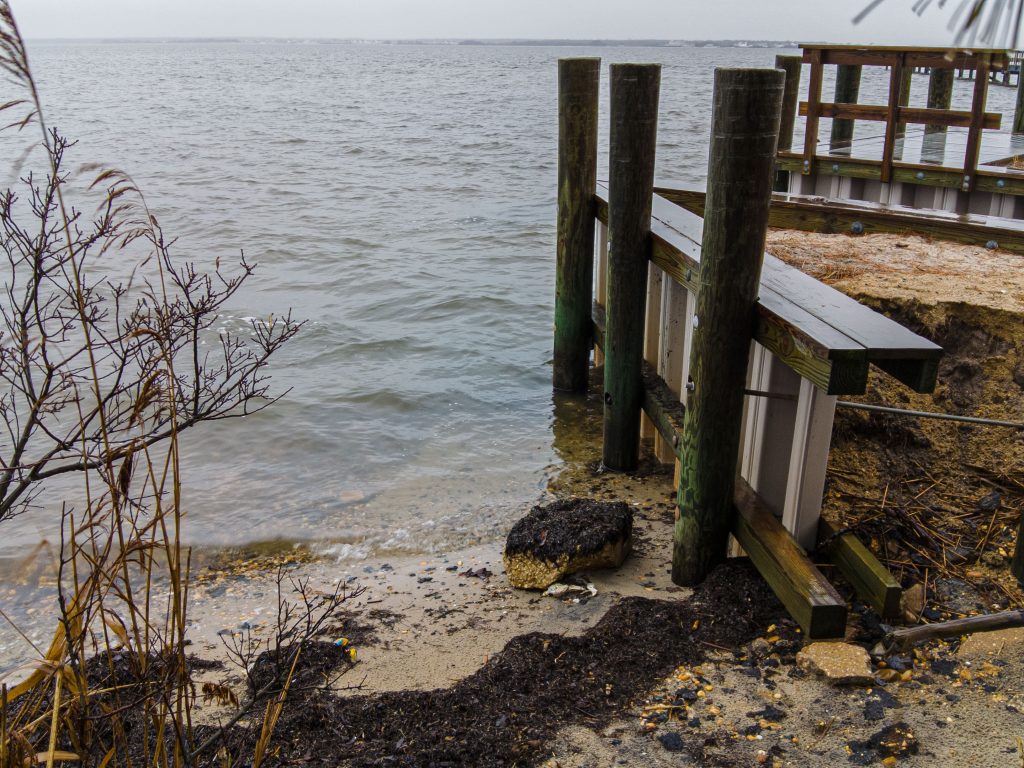 “They’ve been filling it in for years and it’s gotten really bad,” said McHugh. “There was another engineering firm that went out in an attempt to address the problem and almost made it worse. It has to be done right so we don’t have to keep going back and addressing it.”