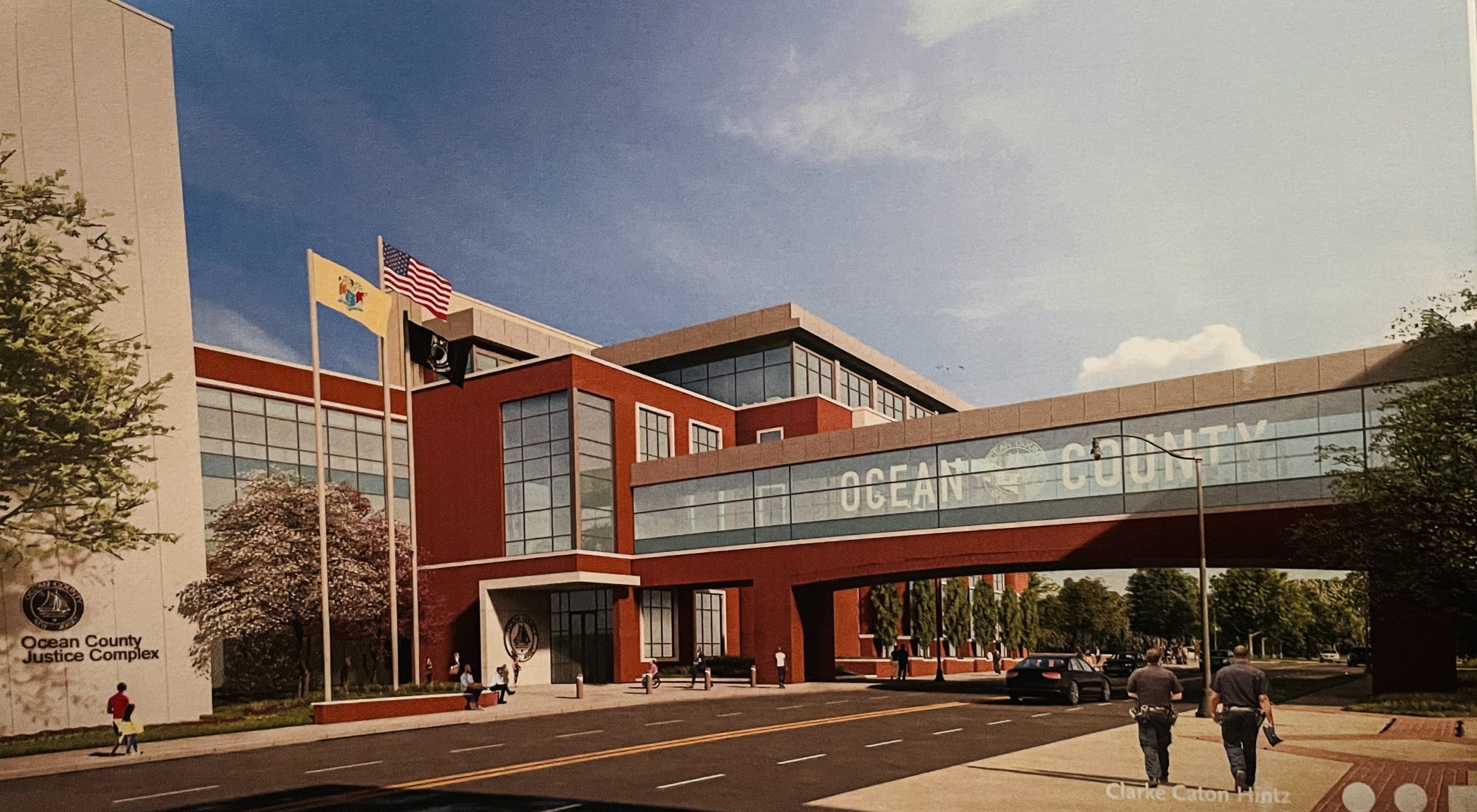 The cost of a generational renovation and expansion of the Ocean County Justice Complex in Toms River will likely cost about $70 million thanks to the cost of raw materials, labor and inflation, plus a few other factors, but the plan will move forward in order to accommodate what is expected to be a significant increase in the county’s caseload in the coming decades.

The Ocean County Commissioners will recommend an architect move forward with the formal design of the new complex, which was presented to officials Wednesday by representatives from Clarke Caton Hintz (CCH), a Trenton-based architectural management and planning firm. Another report was authored by Mott McDonald, a UK-based construction consulting firm.

The renovations will replace 10 aging buildings the county currently operates, three of which are leased, bring all courtrooms and judicial functions under one roof, and end years of heating and air conditioning failures, roof leaks, plumbing backups and other issues in the current building. A new annex will be constructed the north of the current complex. 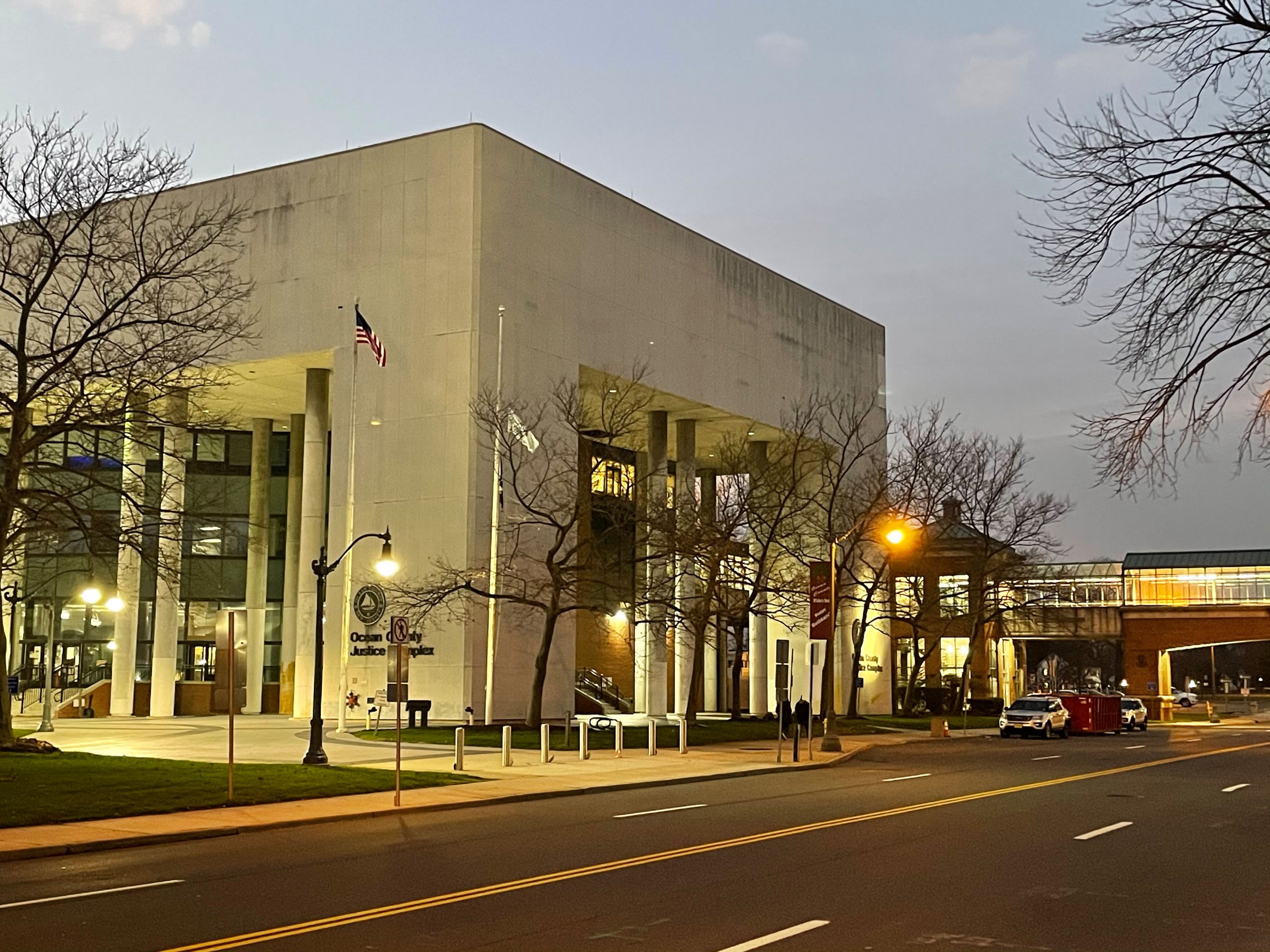 Superior Court Judge Marlene Lynch Ford, who sat in on the presentation, said the renovations will also bring an end to the cavernous, confusing nature of the building’s interior. Additionally, multiple family courtrooms, drug court, probation services and even a criminal courtroom have been located off-premises in recent years.

“It has been many years that, we believe, our employees have been working in substandard conditions,” said Ford, who serves as the county’s assignment judge. “It’s also difficult for members of the public to come in, find their way through the meandering halls of the building, then asking them to go to seven different rooms.”

Renovations will also centralize access the complex, eliminating entry points that each require the presence of three sheriff’s officers. 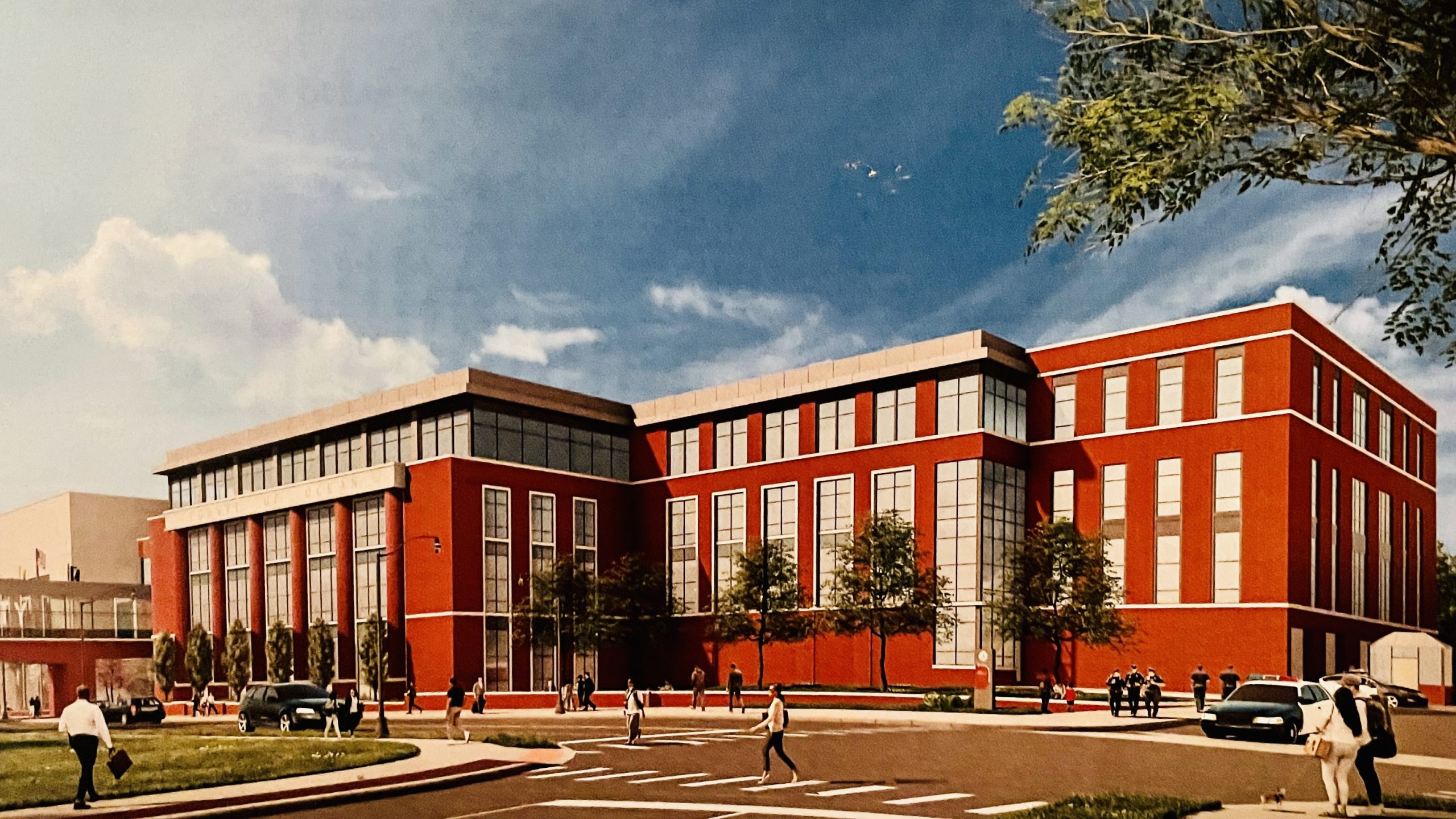 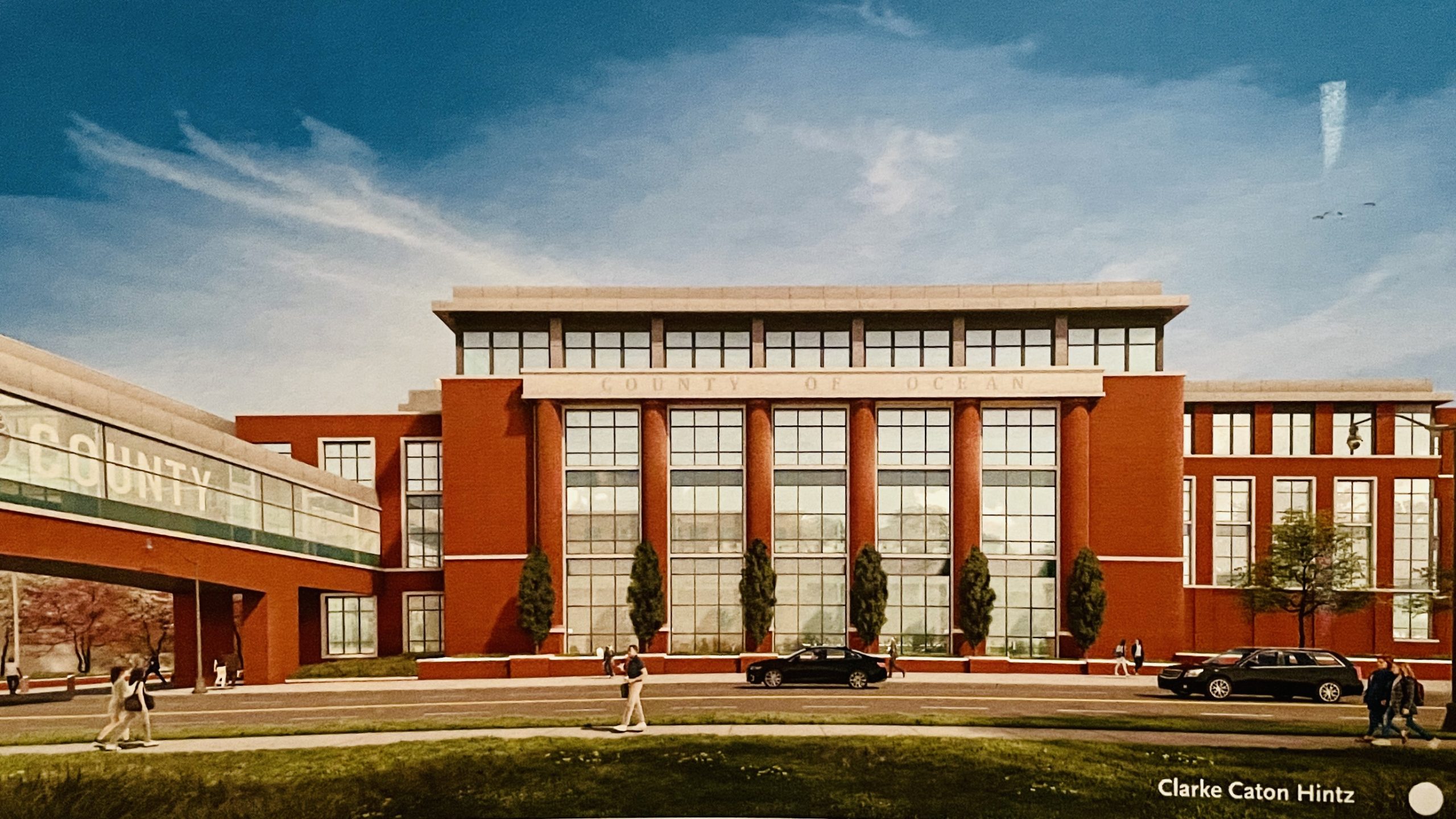 CCH’s report included not only renderings of the future look of the courthouse, but detailed extrapolations of data on case loads and other factors that will contribute to the county’s need for expansion. In 2021, the judiciary in Ocean County handled 41,497 cases. By 2035, the system is expected to handle 57,173 cases, the vast majority of which will be civil and family court matters.

Previously, it had been projected that more than 85,000 cases would be serviced by 2035, however shifts in political winds have led to policies such as bail reform and fewer individuals being charged with crimes. But, like in the mid-1990s, a crime wave or a major change in policy priorities – nationally and on the state level – could spur a return to some previous policies that were jettisoned controversially.

“The politics keep changing,” said Kelly. “Right now we have one need from our courts, but what if that changes? What if the legislature decides more people should be in jail? How do we go back to having enough courtrooms? Right now you have one philosophy driving the use of the court house, and this could change.”

It’s a valid consideration, especially in light of recent political polling that portends a criminal justice policy pendulum leveling out following rapid changes over the course of the last several years, consultants agreed, and the potential to build additional capacity into the project at a later date is part of the design.

“We think courts will be more remote, and we won’t need something like that,” said Michael Hanrahan, an architect with CCH. “But the steel is absolutely designed to support another floor.”

Expansion would also be possible since lawn space will be reserved for potential future expansion.

The firm’s report noted the general increase in construction costs over the last two years, as well as issues discovered in the courthouse facility that will need to be addressed.

“To say the soil is not very good is an understatement,” said Hanrahan, indicating that will requires improvements and grading.”There is also a spaghetti web of utilities across the site, most of which will have to be replaced.”

But on the other hand, the skywalk across Hooper Avenue is in better condition than originally believed and would benefit from some simple upgrades rather than a rebuild or removal in favor of an alternative.

“We feel it’s more cost effective to rehabilitate the bridge,” Hanrahan said. “There is a massive amount of concrete in there that was poured in place. The footings, the columns and the decking where the people walk are in good shape and there’s no reason not to use it.”

The bridge will be “reskinned with new brick,” he said, and rehabilitated in a phase that will take about two years. During most of that period, however, the bridge will be able to remain open.

It is expected that Ocean County will add three judges, each of whom will require a courtroom, by 2035, though the total number of personnel at the Justice Complex is expected to remain generally stable, increasing by only 20 over the next decade-and-a-half.

Key aspects of the renovation include:

The newly proposed annex, the basis of the expansion effort, which will be built to the northeast of the current courthouse, closer to the High School South property, will include:

The total estimated cost of the project comes to $70,706,965, factoring in an economic escalator and $8 million design contingency.

“The numbers are a little staggering, but you have to realize this is something that will be the shining center of Toms River and our county, and it will be there for many years beyond most of us,” Ford, the county’s third assignment judge, said following the presentation.

Ford previously described myriad security issues that are produced by placing judicial functions across 10 buildings, including those in which judges have been approached by litigants outdoors. The current complex, a patchwork of previous additions, can also be difficult on the elderly and disabled.

“In order to get to my courtroom, you have to take multiple stairs, lifts and elevators,” Ford said. 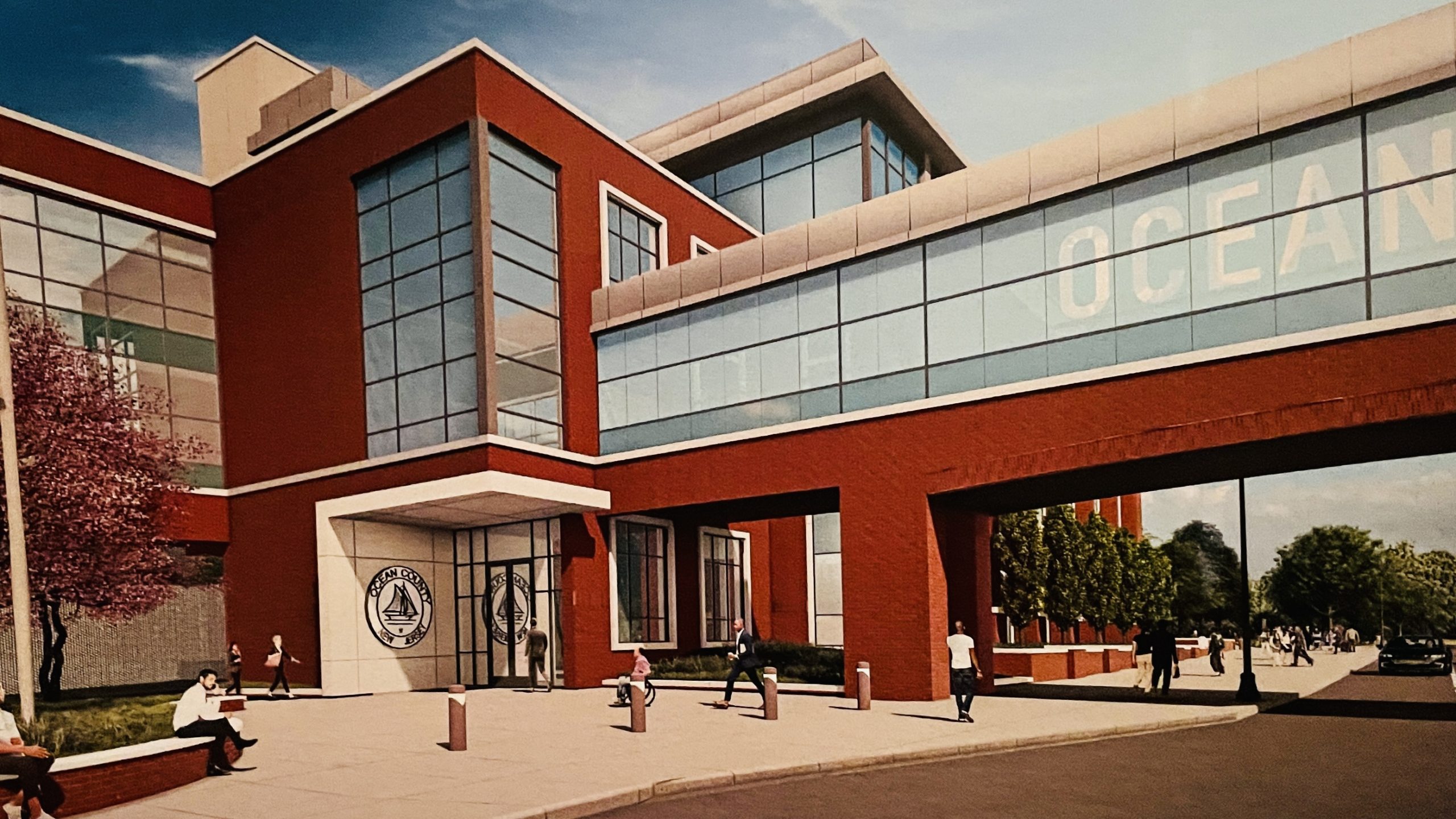 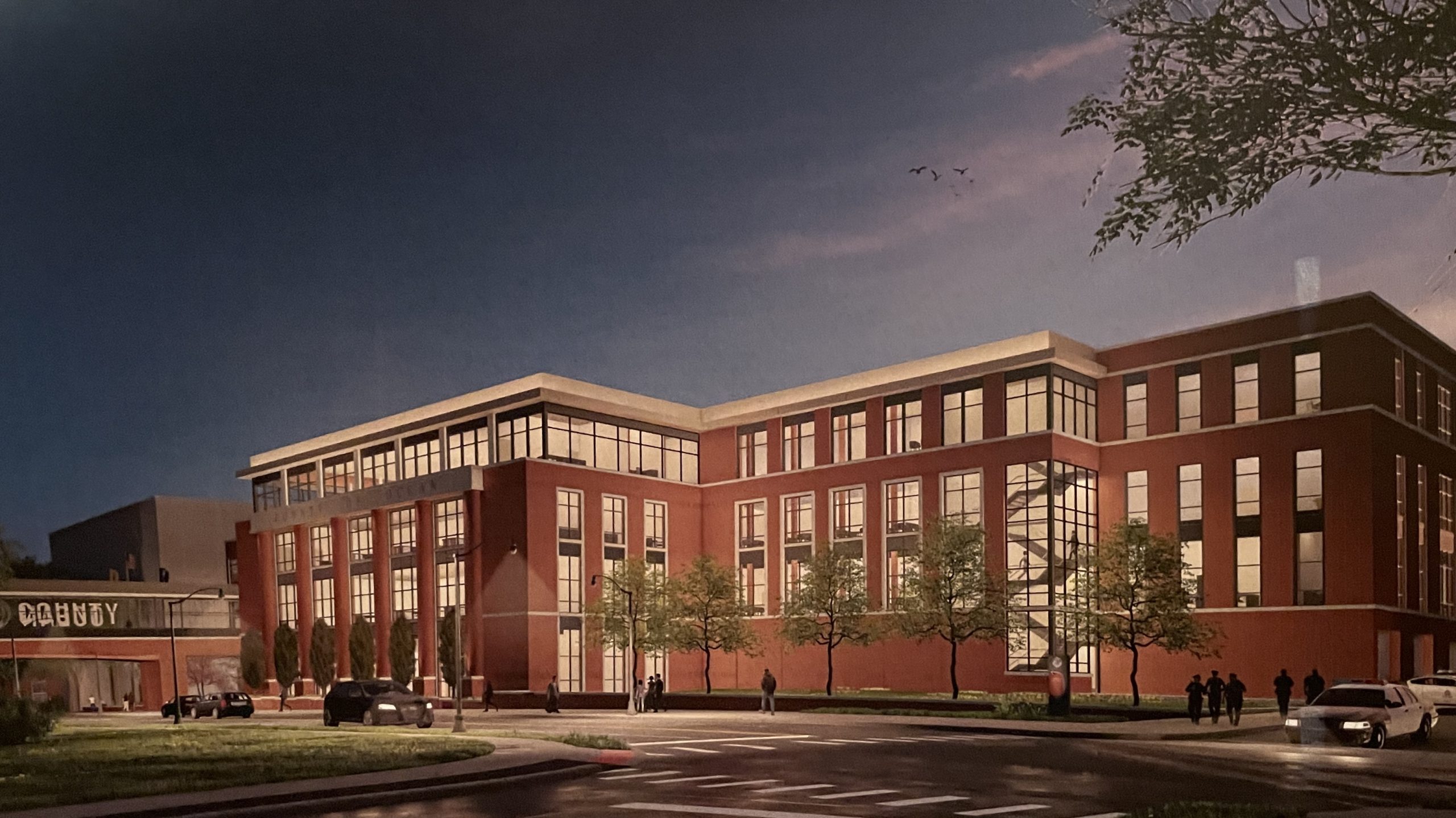 While the cost of the project is significant, it will be tempered by savings, said Kelly.

Three officers manning nine checkpoints comes to a total cost of $3,398,895 annually. Under the proposal, building an addition onto the main Justice Complex would eliminate the need for eight of the nine checkpoints, reducing overall costs, combined with the savings from giving up leased buildings, which adds up to just under $1 million per year.

“Philosophically, it’s a state facility and the state should pay for it,” said Kelly, referring to the court complex as a whole. “But we know they’re not going to.”