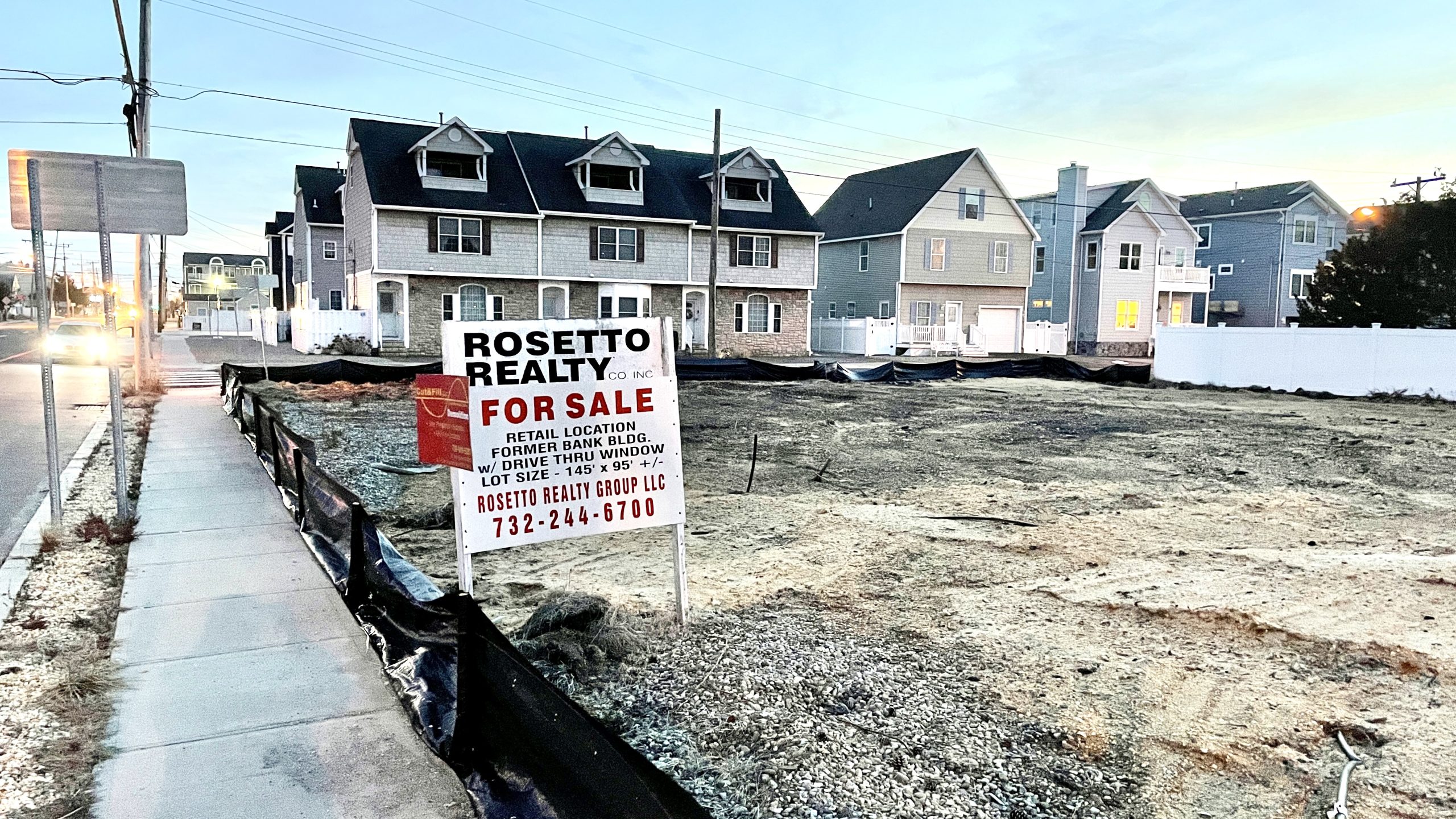 The property on which a bank once stood in Ortley Beach business district will be redeveloped with residential property, spurring some concern from residents that the commercial corridor – which is the subject of a major streetscape project to jump-start small businesses – could lose its character.

The Toms River Township planning board on Wednesday night approved an application by Epic Mechanical, of Neptune City, to build three homes on the parcel of land where a Shore Community Bank branch once stood south of Fielder Avenue. Shore Community Bank was acquired by 1st Constitution Bancorp in 2019; the Ortley Beach branch building at 1801 Route 35 North was ultimately demolished. The property as a whole, which is located in the General Business Multifamily Zone, will be divided into three lots which will measure 13,300 square feet in area.

While there were no formal objections to application on its merits, and it was approved unanimously with a variance, the development has caused some concern among neighborhood residents. In coastal communities across the nation, officials are becoming increasingly distressed with the loss of small businesses in favor of additional residential development propelled by record-high real estate prices. Locally, similar concerns have been raised in Long Beach Island, where the borough of Surf City recently lost a major chunk of its business district, and in Lavallette, where officials are reviewing ordinances that deal with an skyrocketing number of properties owned by investors rather than year-round or traditional seasonal residents.


“You can’t buy a beach chair in Ortley Beach,” resident Paul Jeffrey, who also serves with the Ortley Beach Voters and Taxpayers Association, told board members. “You need to go to Seaside Heights or Lavallette. That was the whole point of this zone, and it’s not working.”

In Ortley Beach, specifically, the stakes are higher for any development in the business corridor. Through the work of both the township and the OBVTA, the neighborhood received grant funding for a major streetscape project aimed at improving the business district, developing a “downtown” setting and upgrading the aesthetics of Route 35 north.

A representative for the applicant said the residential subdivision would be built to comport with the streetscape plan and its aesthetics, with plans to create a “beautiful product.” 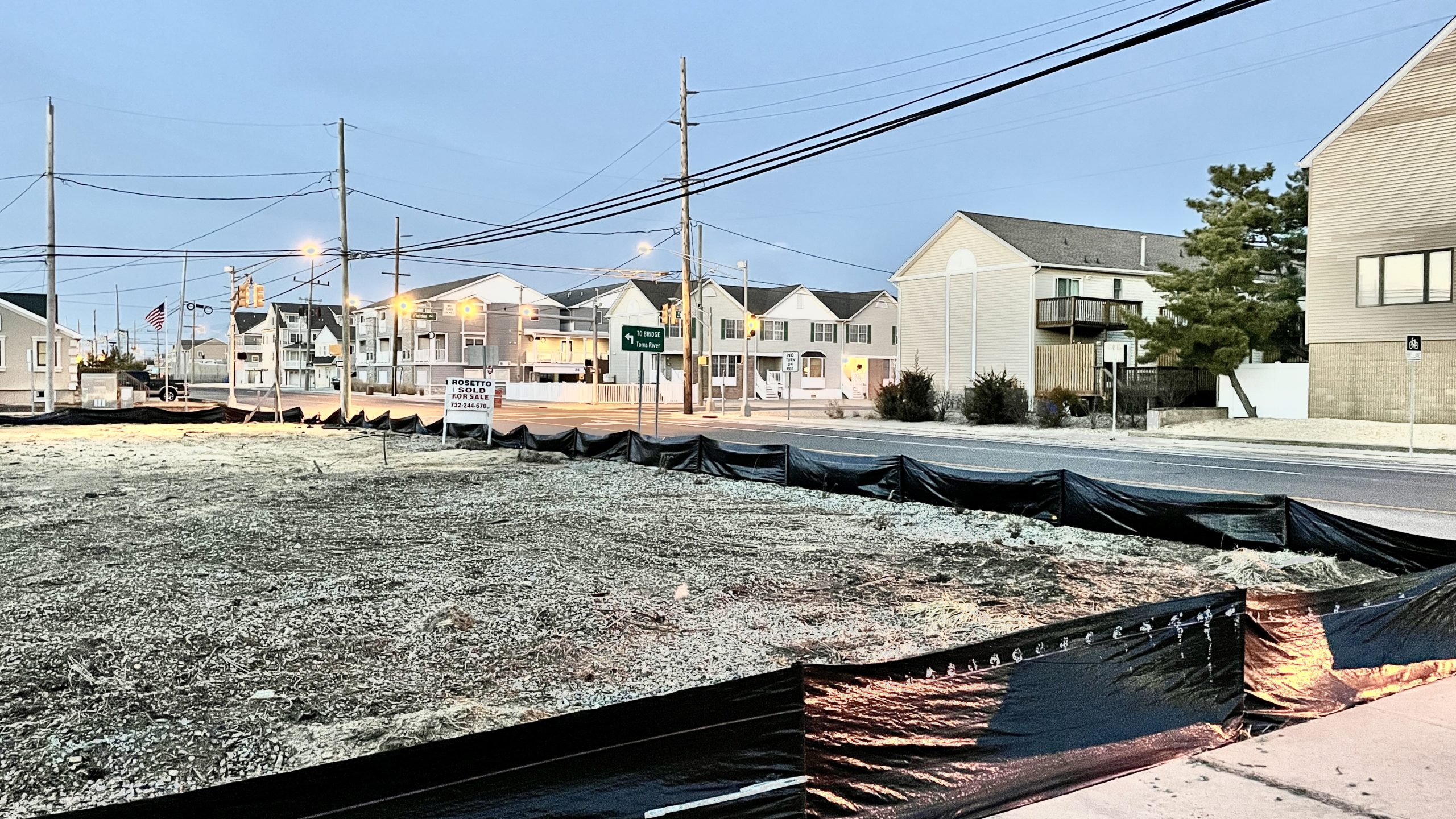 The concerns of residents, however, go beyond one subdivision.

“What else do we need to do to get more commercial on Route 35 north?” Jeffrey asked board members. “We have so many people coming in, building up. We’re not doing enough to encourage commercial development on Route 35 North, which, by the way, are excellent tax ratables.”

Jeffrey suggested the board, perhaps at the direction of the township council, review the area’s zoning and allowable uses.

Toms River received over $900,000 in federal funding through the state Department of Transportation’s Transportation Assistance Program (TAP) in 2016. The grant was part of the 2015 Ortley Beach Neighborhood Plan, funded with a post-Sandy recovery grant. Work on the project is expected to take place this year.