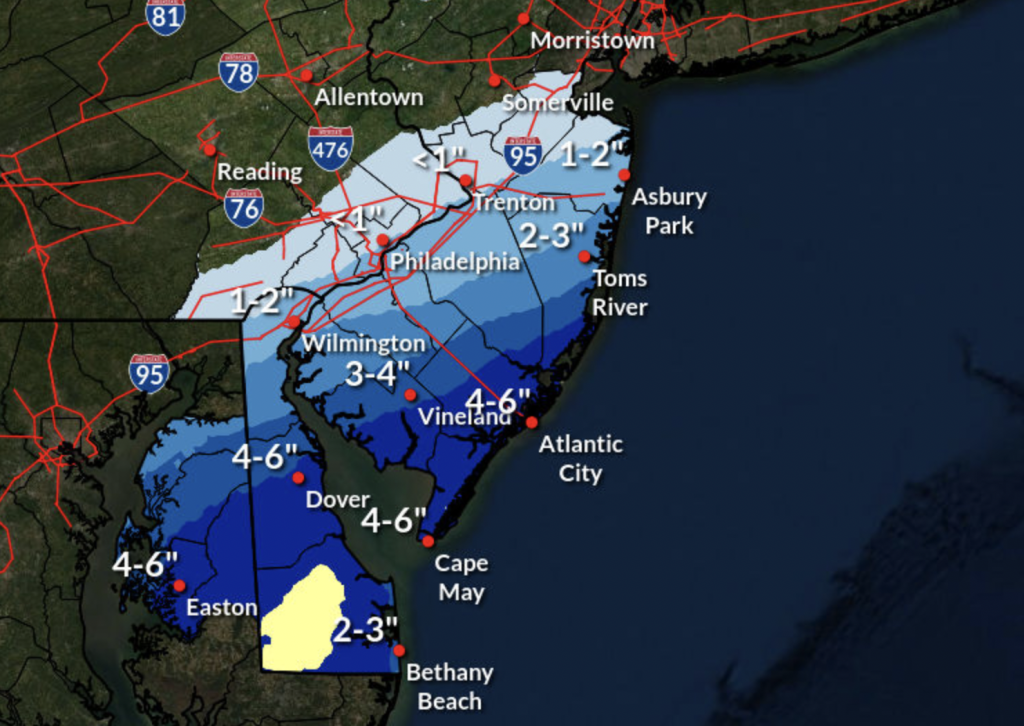 The new year is coming in like a lion at the Jersey Shore, with the National Weather Service expecting snowfall between 1-4 inches Monday and a sharp drop in temperatures, all while the risk of coastal flooding increases.

The new forecast represents a “major change” to predictions by meteorologists just over the last 24 hours, according to a briefing package released by the NWS’s office in Mount Holly. The current forecast shows bands of accumulating snow moving through the Shore area, with higher accumulations expected the further south one goes. Ocean County is largely split between a 1-3 inch forecast and a 2-4 inch forecast, which is still changing depending on the wavering track of the storm system.

The current forecast calls for a chance of rain showers before 10 p.m. Sunday night, then a slight chance of snow after 4 a.m. Heavier snow will move in Monday morning, with accumulating snow moving through by 1 p.m. The high will be near 35 degrees and plunge to a bone-chilling 19 degrees Monday night, but by then most of the precipitation is expected to have moved out of the region.


Sun will return Tuesday, with a high of 37 degrees. 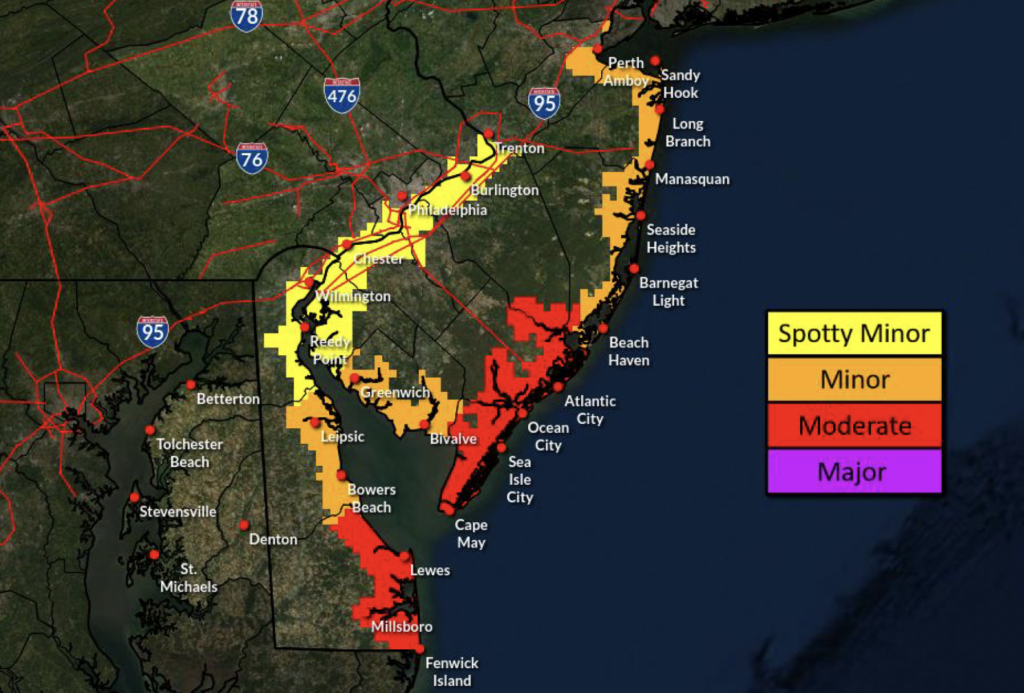 The region was also under a coastal flood watch.  The NWS office called for “around one half to one foot of inundation above ground level in low- lying areas near shorelines and tidal waterways.” Moderate flooding is possible, with the highest coming along with the Monday morning high tide cycle. Gale force winds will make seas turn dangerous, with 5-7 foot waves expected.

Most local communities in Ocean County were asking residents to move cars off the street in case snow plowing is required.