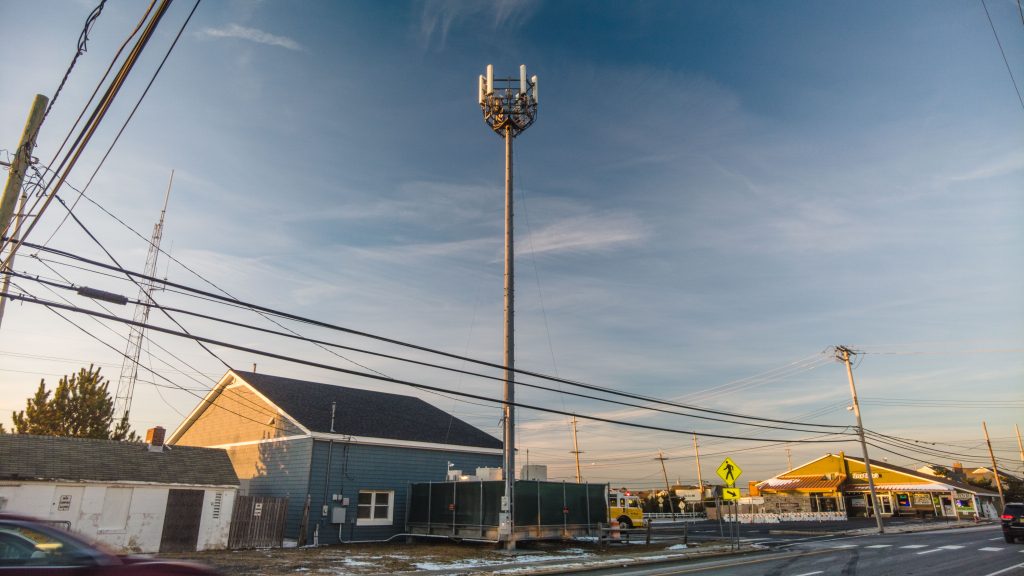 A planned upgrade of a communications tower on the South Mantoloking property of a Brick fire company will face continued opposition from residents, who argue the role which is to be served by the 96-foot permanent structure could be accomplished with smaller wireless nodes on traditional utility poles.

The proposal to build the tower on the property of the Pioneer Hose Fire Company on the median of Route 35 – across the street from Used to Be’s bar and restaurant but flanked by residential properties to its east and west – has drawn criticism from neighboring residents who feel the tower will be an eyesore. A smaller 72-foot temporary mobile tower currently exists at the site. The tower is being proposed by Cellco Partnership, a holding company that owns Verizon Wireless communications towers. According to previous filings with the township’s zoning board, the tower may also house emergency radio equipment required to be installed as part of a federally-mandated frequency change. The Verizon plan for the tower is expected to center on 5G technology. 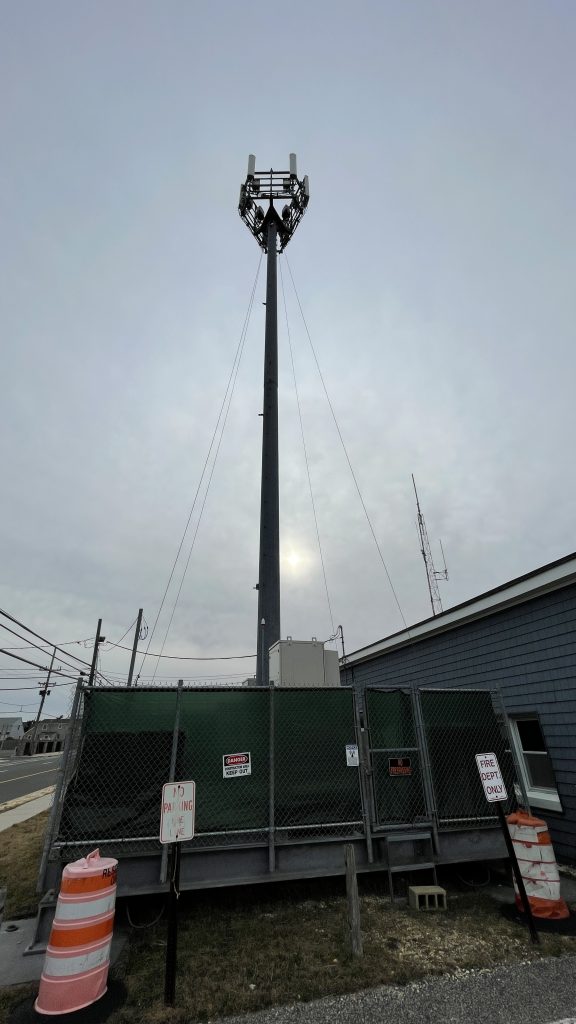 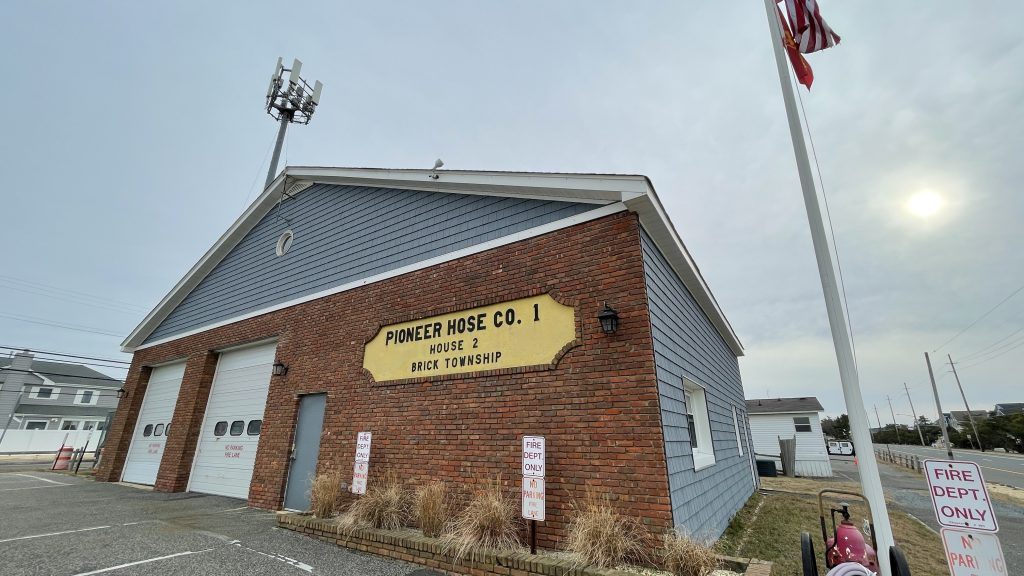 “It’s a beach community, and this thing is an eyesore,” said resident Mike Masters, who lives about a block from the site and showed photographs of the current monopole towering over his home. “I look out in my backyard and see this tower.”

There are several parties formally objecting to the proposal, including Seneca Dunes and Bayview Shores communities. Attorneys and experts have been hired by the objectors; the application has been slowly making its way through the hearing process for nearly a year and recently faced another delay after testimony dragged on at a recent meeting. The matter will next be discussed at the Jan. 19 meeting.

“It is the board’s intent to finish that night,” said township zoning board attorney Ronald Cucchiaro.

It is expected that rounds of cross-examinations and testimony from neighboring residents will be heard at the meeting. A consultant hired by the objectors told board members at the December meeting that Verizon could accomplish the addition of new 5G bandwidth with a network of so-called “small cells,” similar to what has been proposed and approved in Lavallette.

“There is a gap right around Brick Beach I. There are three towers and they converge right in the middle there,” admitted Paul Rowe, a consultant from Hoplite Communications, of East Brunswick. “Essentially, the old solution was to plop down a rooftop or tower site – which is the typical way to fill a coverage gap – smack dab in the middle of the coverage gap.”

A better and more modern solution, he opined, would be smaller “nodes” deployed on existing wooded utility poles. The nodes resemble small variants of traditional cellular antennas and can be modified to be more aesthetically-pleasing. The nodes essentially create a mesh network in a given area. Rowe estimated the gap in 5G coverage on the barrier island could be solved with the addition of six small nodes.

“We did a study and there are a lot of utility poles and, generally speaking, utility companies have to make them available to telecommunications companies to provide 5G technology,” he testified. 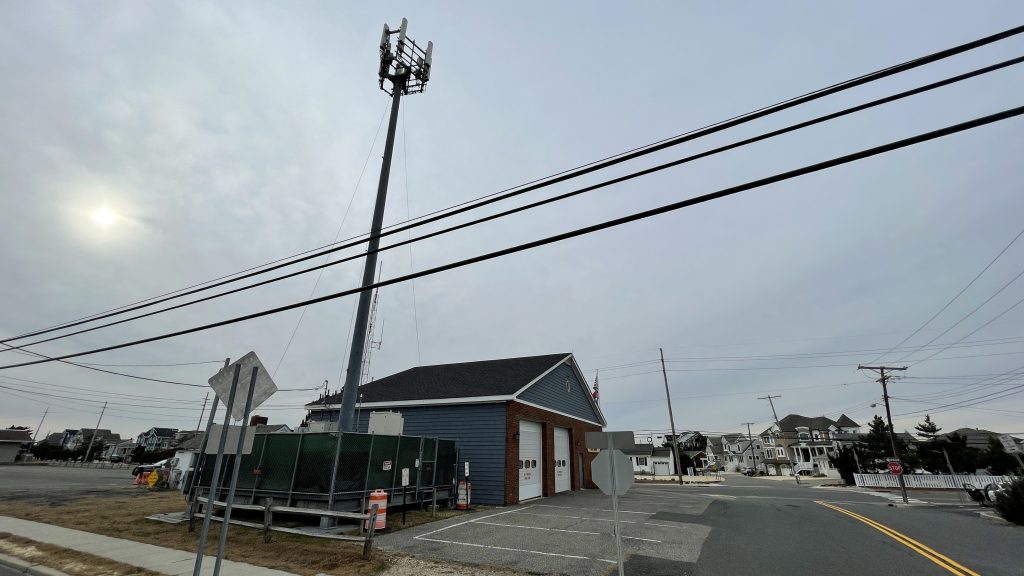 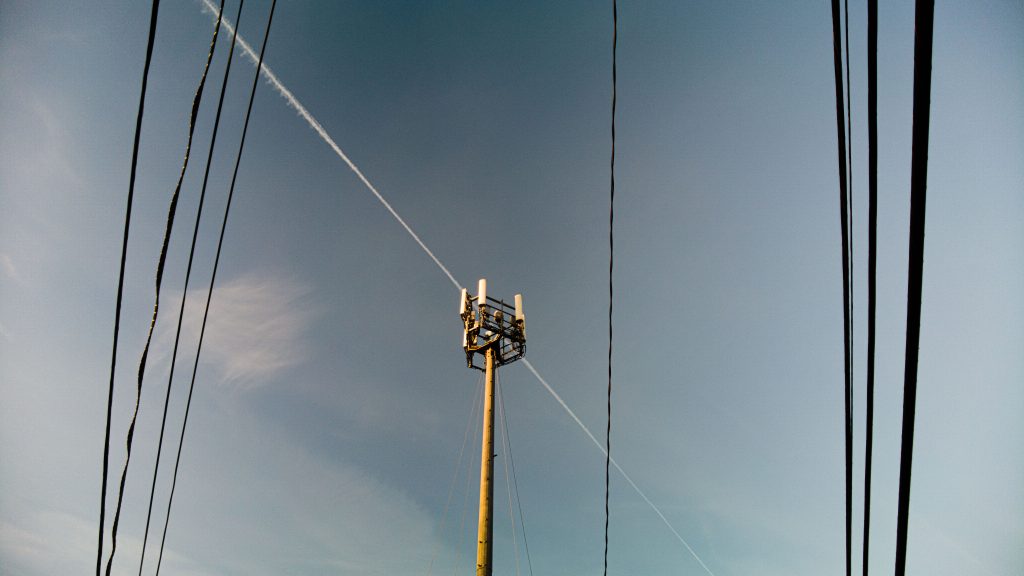 Verizon’s attorney, Richard Stanzione, countered that Verizon is licensed by the federal government to develop its 5G technology and regulations on deployment are governed chiefly by Federal Communications Commission guidelines that specifically limit the ability of local planning and zoning boards, as well as any local or state government agencies, from intervening.

Stanzione also argued that the tower was appropriate for the area despite its residential zoning since a business borders the fire house property to the north and there are multiple parking lots as well as an Ocean County Utilities Authority sewerage pumping station in the median, effectively creating a non-residential cluster.

Specifically, the application calls for the construction of construction of a 90-foot communications pole, plus a 6-foot lightning rod on top. The pole will be built in a fenced compound measuring approximately 20-feet by 29-feet. Its location is within the R7.5 residential zone

The tower requires use variances due to both the residential zoning of the site as well as its proposed height. Use variances, commonly known as “D” variances, require a supermajority of board members voting in support of a project to achieve approval. They must also meet legal tests involving positive and negative criteria standards.

The Jan. 19 hearing will be held at 7 p.m. at the township municipal complex.