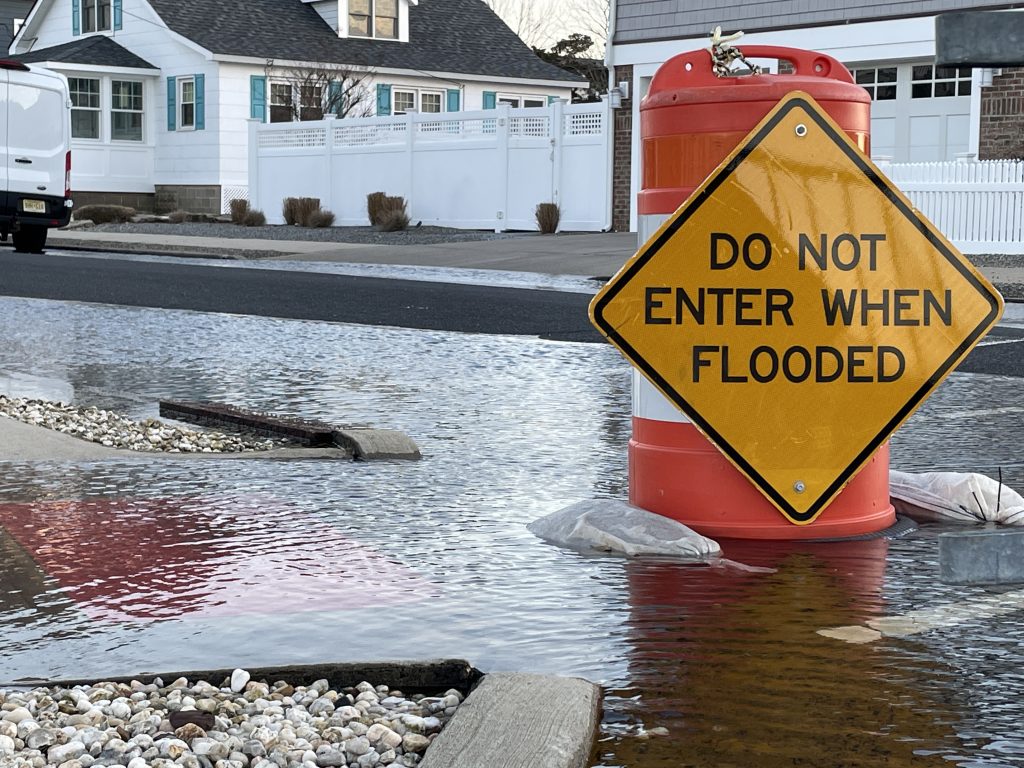 A final round of tidal flooding associated with an odd storm system that produced between two and ten inches of snow in Ocean County, depending on one’s town, will come Tuesday morning. A coastal flood advisory remains in effect until 1 p.m. – the approximate time of the bayside high tide – Tuesday.

Up to one foot of inundation above ground level is expected in low-lying areas near shorelines and tidal waterways, the advisory from the National Weather Service said.

“At this level, flooding begins on the most vulnerable roads in coastal and bayside communities, and along inland tidal waterways,” the advisory went on to say. “Some partial or full road closures are possible. Tuesday morning’s high tide should be the final round of tidal flooding associated with this prolonged event.”


The advisory covers most coastal areas of the state and lasts until 1 p.m. On Barnegat Bay, locally, high tide will occur at 1:13 p.m. Tuesday. The impacts, ultimately, are considered “minor” by the NWS.