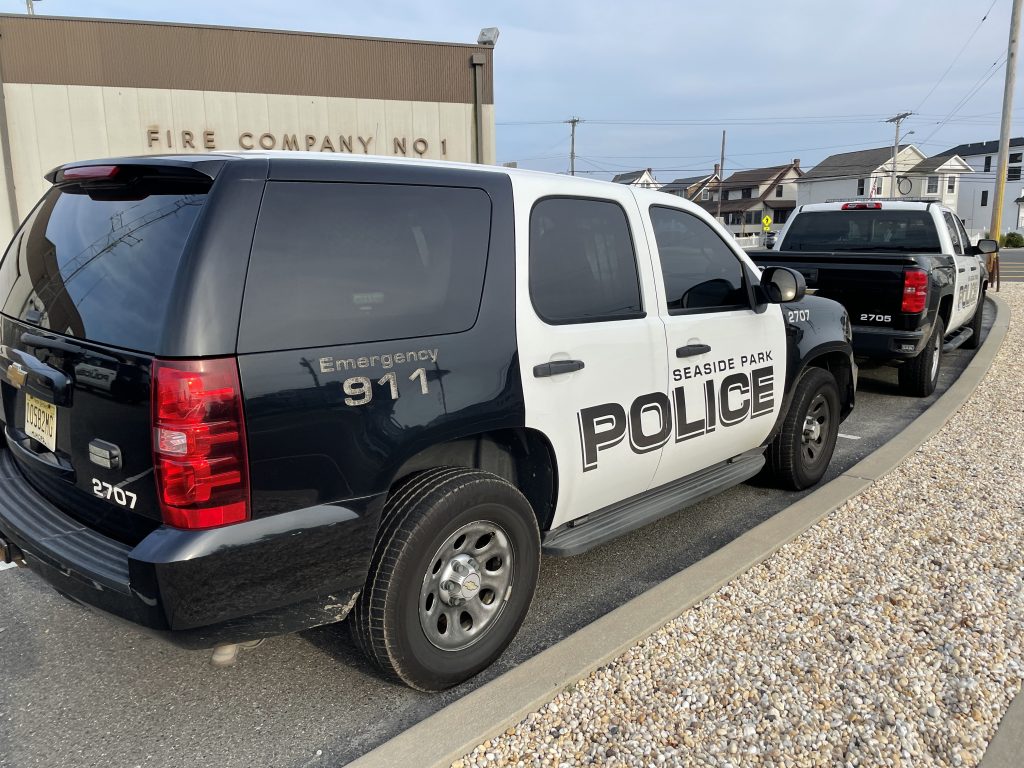 Seaside Park police have released their weekly blotter, containing descriptions of a number of calls that are representative of those handled over the past week. So far this week, the department has fielded 176 calls for service.


Alarm – Police were dispatched to the area of North Avenue for a burglar alarm activation. Officers arrived and checked the perimeter of the residence and did not observe any signs of forced entry. It was determined to have been set off in error. The homeowner was advised of our findings.

Verbal Dispute – Police were called to investigate an active verbal dispute in the area of Stockton and the Boulevard. Officers arrived and located the two males involved in the alteration. One subject was aggressive and uncooperative while Officers were trying to investigate. Police were able to mediate the incident and one of the males left the property to cool down. No further police action required.

Community Policing – While on patrol Officers were flagged down by a motorist in the area of Lafayette and Ocean Avenue who were locked out of their vehicle. Officers were able to utilize their lock out kit and gained entry into the vehicle to help out the stranded driver.

Frist Aid – Police and Tri-Boro First Aid Squad were dispatched to assist a subject who was experiencing dizziness. Police and EMS arrived and began to assess the patient at the scene. They were later transported to Community Medical Center by Tri-Boro.

Keeping the Peace – Police were called to the area of O St. and Ocean to assist with an eviction. Officers arrived and spoke to the parties involved. Police at the scene were able to mediate and keep the peace while the male gathered his belongings and left the property without incident.

Stolen Vehicle – Police were dispatched to speak to a caller in the area of H St. and Ocean Avenue who wanted to report their vehicle stolen. Police arrived at the scene and gathered all the information needed to generate a report. The caller advised Officers that she loaned her vehicle to an acquaintance who then let someone else borrow it who the owner did not want to use it. The person who was not authorized to use the vehicle refused to return it. The vehicle was entered as stolen and has still not been located. This matter is still under investigation.

Theft – Police responded to the area of D St. and Bayview to take a theft report. The caller wanted to report that an outdoor light fixture had been stolen from their property. Police arrived and took all the information needed to create a report. The area was checked for any cameras that could have captured the incident. This matter is still under investigation.

Arrest – While conducting a motor vehicle stop in the area of J St. and Central Avenue Officers detected that the driver was possibly operating his vehicle while under the influence. Police began to investigate further and conducted field sobriety tests at the scene. It was determined that the driver was impaired and should not have been operating a motor vehicle. The male was arrested and transported to police headquarters. He was processed and charged with driving while intoxicated as well as multiple summons for other motor vehicle infractions.

Criminal Mischief – Police were dispatched to the area of Porter and Central Ave. for a report of criminal mischief. Officers arrived and spoke to the caller who advised police that a tire on her vehicle had been punctured. Officers photographed the damage and gathered all information needed to generate a report. The area was checked for any cameras that could have captured the incident. This matter is still under investigation.