With demolition wrapped up and construction on single-family homes beginning at the former Quality Inn motel on Central Avenue in Seaside Heights, Shorebeat has learned that two additional motels on the same street are being planned to be demolished and replaced with residential homes – the latest chapter in the so-called “Seaside Renaissance.”

The Aquarius Motel, at Kearney Avenue, has already been sold and the Mark III Motel, a block north on Carteret Avenue, is for sale and expected to be purchased by a developer soon, according to real estate broker Mike Loundy, who has marketed the properties and helped lead the redevelopment effort through his company, Seaside Realty.

The Aquarius Motel is slated to be replaced by eight single-family homes, Loundy said, and the developer is finalizing plans that will be presented to the borough’s planning board in the coming weeks.

“It was another motel that was ready for its next chapter,” said Loundy. “People are very excited.” 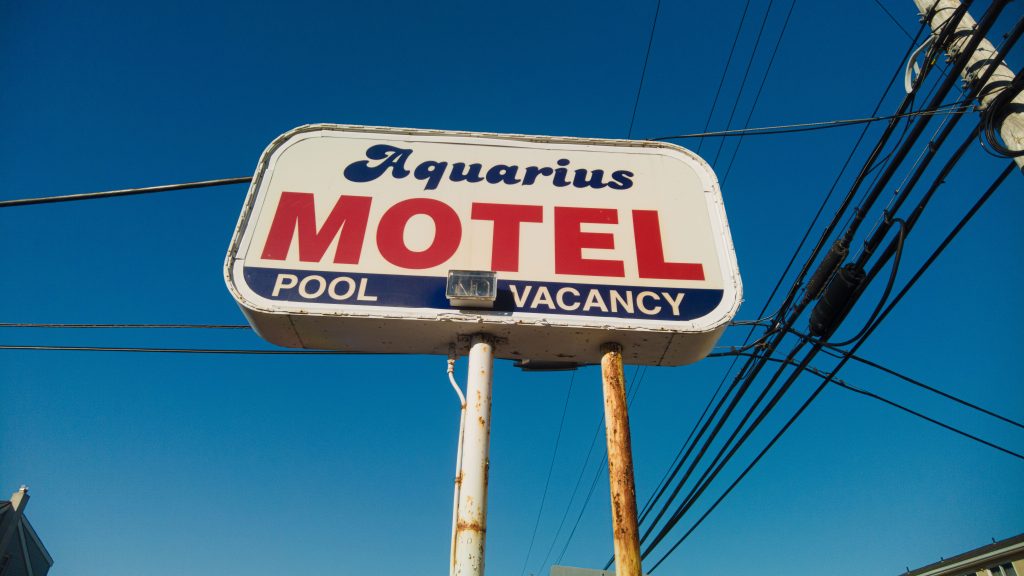 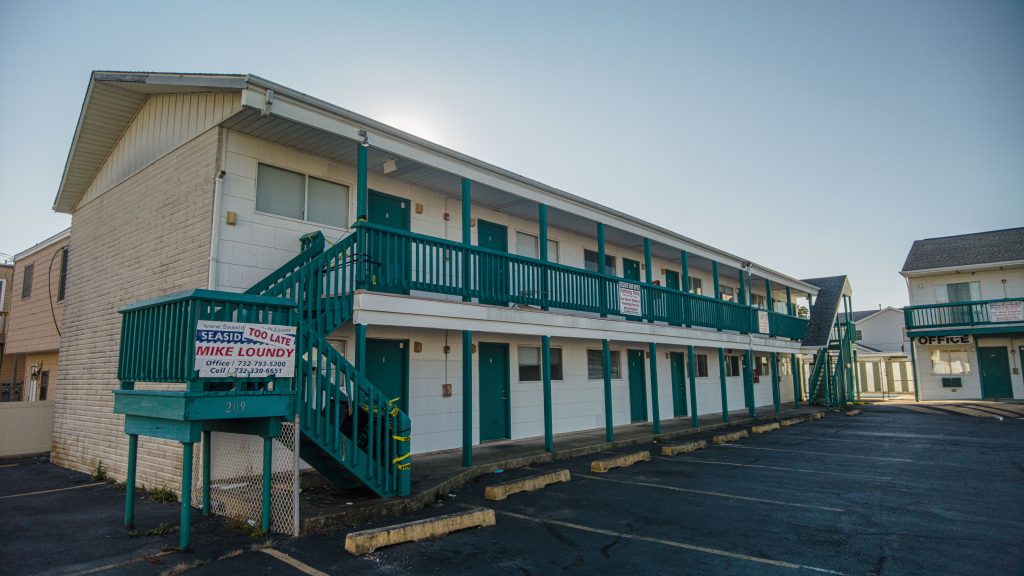 Mayor Anthony Vaz and the borough council, earlier this year, formed a quality-of-life task force to address issues in town, including numerous motels that were the sites of frequent calls for police service. A round of violation notices were issued to several, in some cases seeking a revocation of licenses to operate. But while the borough has been cracking down on trouble spots as officials go all-in on a plan to transform the town from the stereotypical displays on MTV to a family-oriented resort community, the market itself has responded in a big way. The result is a natural evolution of properties from motel uses to residential uses.

“There are a lot of things that have been happening since Hurricane Sandy,” Loundy explained. “The western part of our community has been largely ‘un-densified.’ It’s created demand for people to spend money on larger, single-family homes in that area. So it’s been happening, but now it’s really starting to take shape. We’ve built about 35 single-family homes in the last year or so.”

Altogether, the demolition of the three motels will produce a reduction of over 100 motel rooms, but they will be replaced by modern homes that will ultimately be less densely-populated but large enough to accommodate families either seeking a vacation spot or a new home altogether. 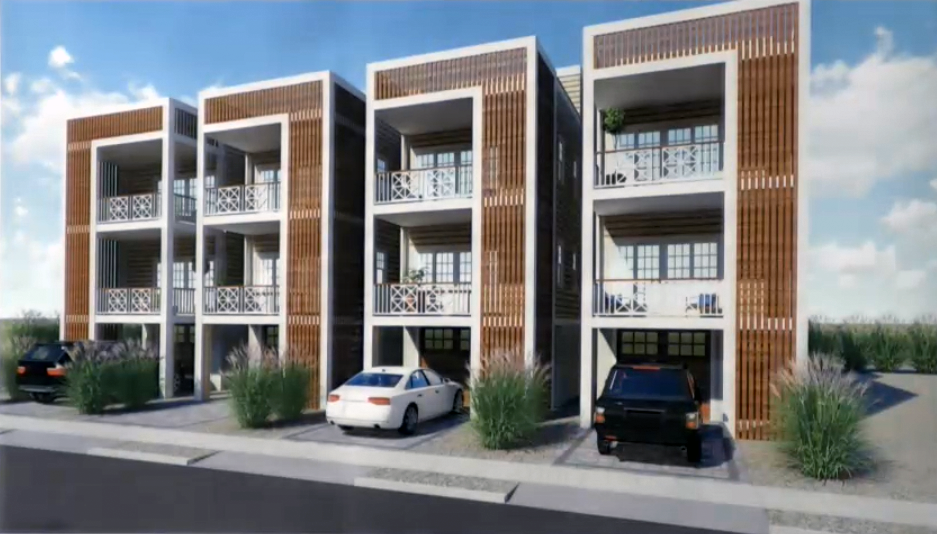 Homes planned to replace the Quality Inn motel in Seaside Heights. (Screenshot/Planning Board)

Other factors have contributed to the pattern of progress in Seaside Heights as well. A shift to remote working has spurred many seasonal residents to consider moving “down the Shore” full-time, and a thriving rental market has been a factor in convincing buyers to invest in the town.

“The interest rates are still very favorable to buyers, and the fact that people are still working remotely means we’re building these homes as smart homes,” said Loundy. “We can have people acquire a new home here, and if they decide to rent it for a number of weeks, that can cover almost all of their costs.”

Indeed, eight out of the ten homes that recently replaced an abandoned church at the corner of Hiering and Central avenues have already been sold. A number of other redevelopment projects – five single-family homes here, a set of townhomes there – have sprung up in many of the middle blocks in town, replacing aging properties.

“There are still great opportunities for people to get in on Seaside Heights,” Loundy said. “The interest rates are still very favorable to buyers, and the fact that people are still working remotely means we’re building these homes as smart homes. Why not work from your Jersey Shore house?”

Editor’s Note: Seaside Realty, owned by Mike Loundy, is a Shorebeat sponsor. He also serves as Seaside Heights’ Director of Community Improvements. For more information on the projects described in the story, contact Seaside Realty online or at 732-793-5200.