A bizarre scenario was playing out in Brick Township Thursday night, involving both police and U.S. Coast Guard units.

An island has apparently broken off from land and was seen floating in the middle of the Metedeconk River, in close proximity to Windward Beach, and is being physically pushed out of the way by emergency workers.

(Photos and video may be of reduced quality due to a lack of light and the need to keep a safe distance from the scene.) 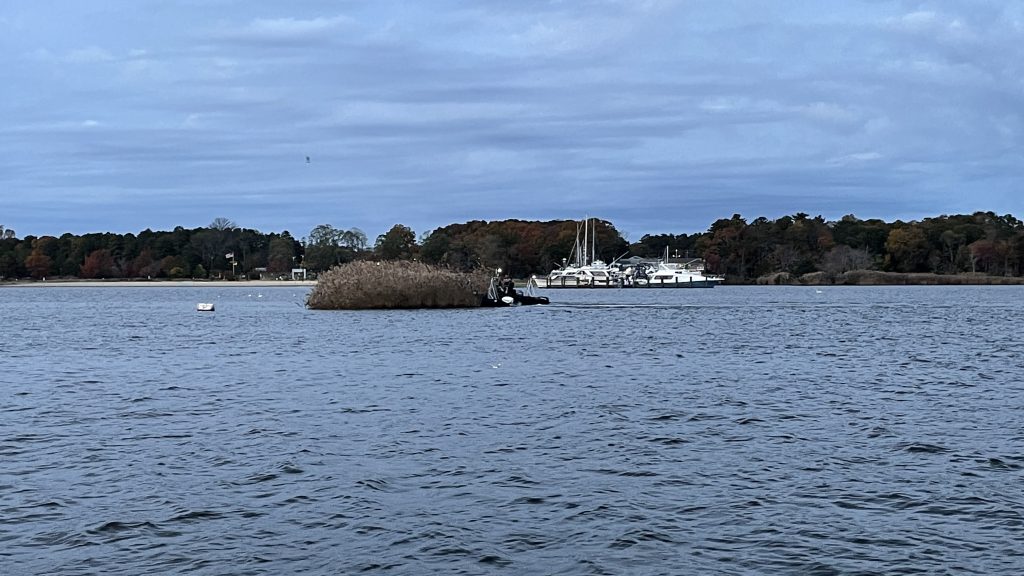 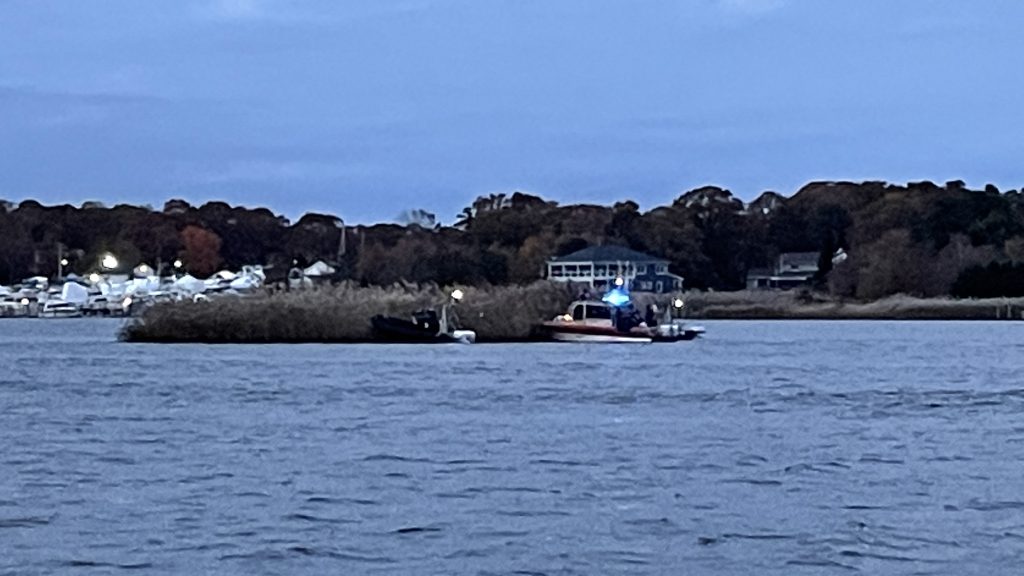 A Shorebeat reporter passed by the site in a boat around 3 p.m. and all appeared normal. At 4:30 p.m., two New Jersey State Police boats were seen breaking the Point Pleasant Canal and heading at cruising speed down the channel that leads to the river with emergency lights activated. About 15 minutes later, a U.S. Coast Guard vessel could similarly been seen racing to the scene with its emergency lights on. It appeared that at least one volunteer was assisting, and a few boaters were looking on.

“I thought it was a barge at first,” one boater shouted from another vessel. “Then we saw what it was.” 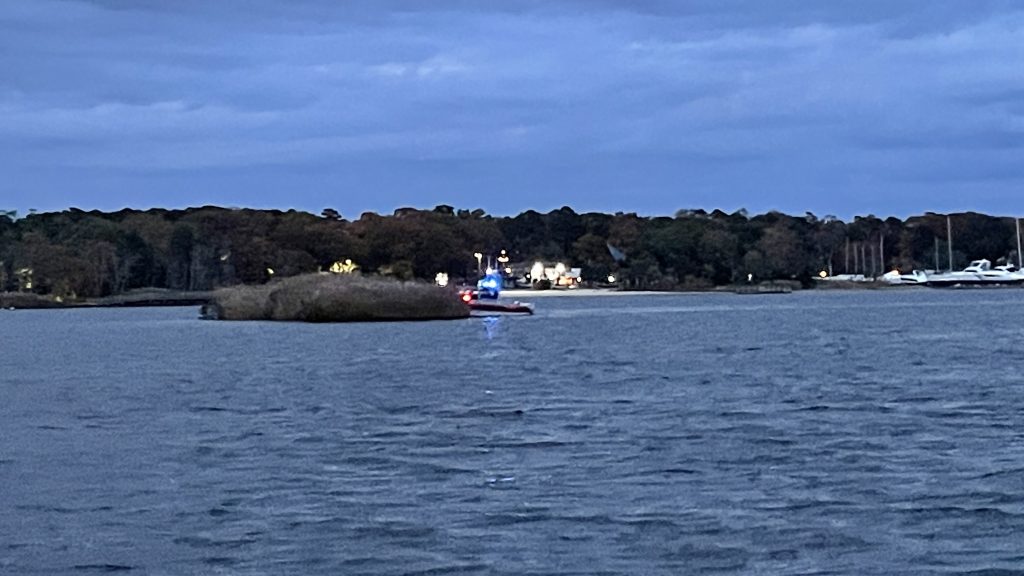 The NJSP and USCG boats were making slow-but-steady progress pushing the island, which was covered in reeds and other vegetation, westward up river by the time darkness fell and video equipment could no longer effectively be used.

Shorebeat has contacted NJSP and the U.S. Coast Guard for details on what occurred and is awaiting a response. This story will be updated when more information becomes available.

UPDATE 8 P.M.: NJSP Trooper Charles Marchan told Shorebeat that the piece of land mass broke off from a nearby marsh and was floating in the middle of the Metedeconk River when units were called.

“Troopers pushed the land mass to the west end of the river by the marsh,” he said.

Meanwhile, a resident wrote to Shorebeat and said the same piece of land has apparently been moving for some time, and previously landed on her dock as well as those of three other homes. She said the state Department of Environmental Protection previously said it was up to the residents to remove it.

“Thank god the tide rose and took it away,” she said.

Indeed, high tide occurred at about 3:45 p.m. in the Metedeconk on Thursday, just before the land mass was carried into the waterway.