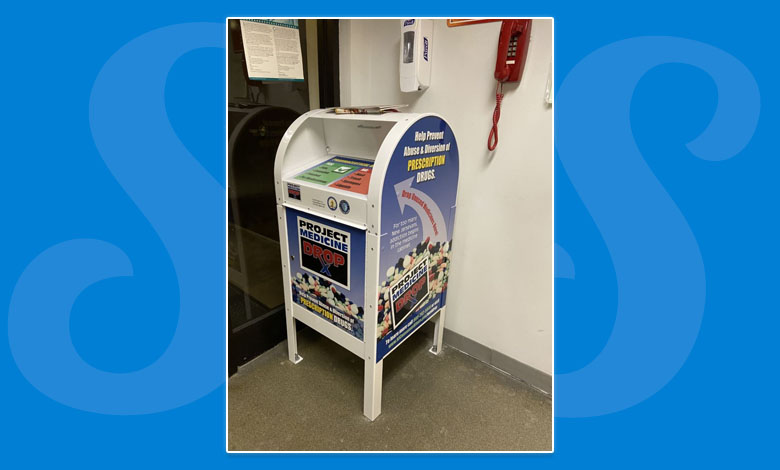 Seaside Park police have released their weekly blotter, displaying a selection of calls representative of what officers have been handling this week. So far, a total of 235 calls for service have been reported this week.

The department also took the opportunity to remind residents that there is a secure drop box to drop any unwanted medications for safe disposal at the police station. Seaside Park police headquarters is located at 1 Municipal Plaza, near 6th Avenue.

The following activity was reported in the blotter:

First Aid – Police and Tri-Boro First Aid Squad responded to a victim who had fallen in their home. Police and EMS assessed them at the scene. It was determined they needed further medical care and they were transported to Community Medical Center for further treatment.

Disturbance – Police responded to the area of L St. for a disturbance between household members. Officers responded and spoke to the individuals involved to investigate the incident. Police determined the incident was only a verbal dispute and those involved were separated for the remainder of the evening.

Community Policing – While on patrol Officers were flagged down by a motorist who was lost and asked police for assistance. Police determined the driver was disoriented and they were checked out by Tri-Boro First Aid Squad. They subject was ok but could not get home on their own. Police safely escorted the subject to their residence.

Threats – Police were dispatched to the area of Decatur and Ocean Ave. for a report of a person receiving threats from a friend. Officers responded and spoke to the parties involved. Officers gathered all the information needed to generate a report. The subject who was allegedly threatening the complainant was on the residence but did not reside there. The subject was advised he was not permitted back at the residence and if he needed to get any belongings to do so with a police escort to keep the peace.

Motor Vehicle Accident – Police responded to a motor vehicle crash in the area of N St. and Central Avenue. Officers arrived to find a school bus vs. SUV with a possible entrapped subject. Police, Tri-Boro First Aid Squad, Seaside Park and Seaside Heights Volunteer Fire departments responded. There were no students on the bus. The driver of the SUV could not get out of their vehicle and the fire department did need to remove the drivers side door for them to exit the vehicle. All three adults involved were transported to Community Medical Center for treatment of minor injuries.

Disturbance – Police were dispatched to the area of O St. and Ocean Avenue for a reported verbal disturbance between a male and female. Officers arrived and located the subjects and separated both parties to determined what happened. It was determined that both subjects were drinking, and a verbal argument ensued, with no physical altercation. Both individuals were advised to keep it down for the remainder of the night. No further police action required.

Arrest – While on patrol in the area of Farragut and Ocean Avenue Officers received a hit on their license plate reader for a wanted person associated with that vehicle. A motor vehicle stop was initiated, and the female was arrested for an outstanding warrant from a nearby jurisdiction. The subject was placed under arrest and transported to police headquarters for processing. They were then turned over to the agency where the warrant originated.

Well Being Check – Police responded to the area of Stockton and the Boulevard for a well being check. The caller stated their family member had been upset and not themselves when they spoke last and were concerned and wanted police to check on them. Officers arrived and spoke to the individual the caller was concerned about. After speaking with the subject, they seemed fine and did not need any police assistance. The caller was advised of our findings.