Lavallette Officials Wanted Beaches Guarded in the Fall, But Were Stopped 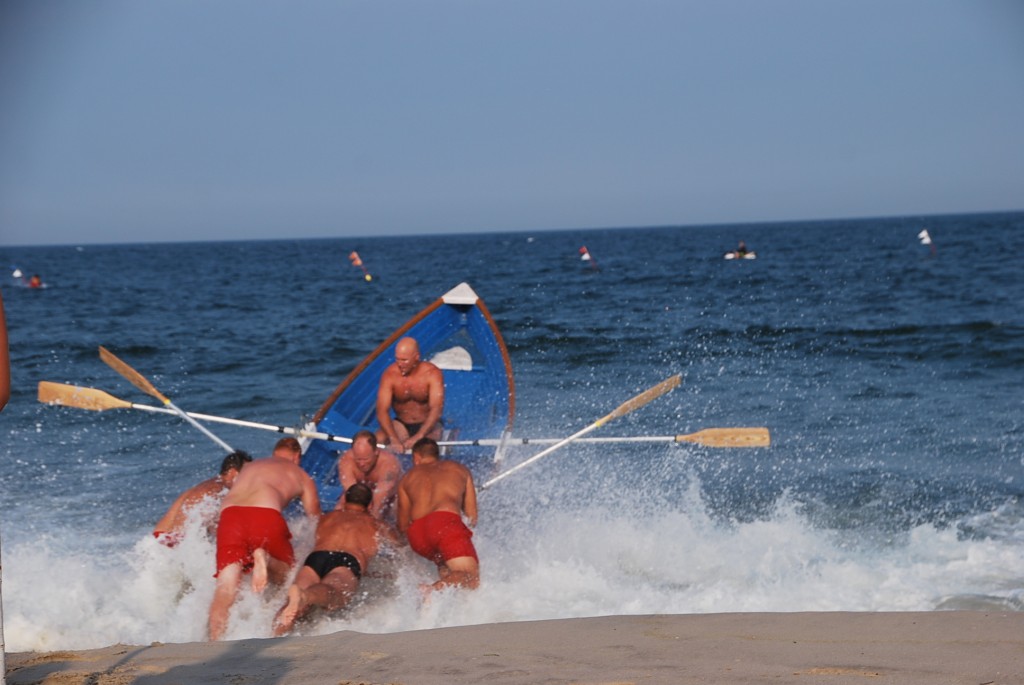 An emotional letter from a visitor who suffered every beachgoer’s worst nightmare last season touched off a discussion on how Lavallette can improve beach safety in the post-Labor Day time period – but the matter is much more complicated than simply keeping some lifeguards on staff for a few extra weeks.

The letter by Patricia Esler, a Westfield resident whose husband, 60, died last September while rescuing their son, 24, from a rip current. Esler’s son survived, but William, her husband, was not able to be revived despite a rapid rescue by an on-call team that can respond to incidents if they are called in. Esler wrote a letter asking the borough to consider adding lifeguards for the month of September and showing visible flags and indicators regarding rip currents.

“Our response team saved the son and got to the father, but it was too late,” said Councilman Robert Lamb, with one of the borough police officers who swam in his uniform to perform the rescue happened to be in the room. “It was really, terribly vicious surf that day.”


Lavallette officials say they want to do more for beach safety in the fall, but could not do so for some time.

“The controlling factor here is the fact that our insurance company has been telling us for many years that it’s all or nothing,” said Mayor Walter LaCicero.

The borough is self-insured through the Ocean County Joint Insurance Fund. Such county-wide insurance funds are common in New Jersey, with the vast majority of towns receiving coverage through such partnerships, which are underwritten in a shared manner.

“They say our beaches either have to be fully open and fully staffed, or unprotected,” said LaCicero. “Meanwhile, we’re getting word that there are some other towns south of us that have a modified program and we’re trying to find out how they can do it and we can’t.”

In terms of liability, much like community pools, the act of providing a lifeguard confers liability exposure upon the borough and, by extension, its insurance carrier. Theoretically, Lavallette could hire guards to protect some beaches during the fall, however this would require a physical prohibition of access to any other beach in town, as well as enforcement patrols. Such a policy may, however, run afoul of separate state statutes that guarantee public access to the oceanfront.

“It’s a fine line between beach access laws and dictating common sense,” said Borough Administrator Robert Brice. “This is something that didn’t happen too often years ago. The rip currents are there every day.”

Brice began his career in government as a police officer and said he remembers empty beaches right after Labor Day. The only swimmers were a relatively small number of locals who were familiar with the usual location of rip currents, and how to avoid them or escape from them in an emergency. Today, however, the beaches continue to be packed into October and shifting sand and beach replenishment has led to new currents forming that may not be familiar to anyone.

The locations with the most pronounced rip currents, he said, are President, New York and Philadelphia avenues, however several new rips tend to appear every day depending on conditions.

“They used to roll the carpets up after Labor Day,” LaCicero concurred. “Now, you see everyone here, and every weekend the surf has looked inviting. It’s a changing world and we’re trying to come up with a new plan for next year. What we had this year, and last year, was better than nothing but we’re trying to create something even more.”

The limitations placed on the current emergency response team, which consists of a combination of police officers, firefighters, EMTs and senior guards, are not insignificant.

“They can’t even be on the beach,” said Councilman Michael Stogdill. “They have to be sheltered in quarters and have to be called out.”

Officials have said they will engage with the insurance carrier, other communities and review relevant laws in an attempt to find a solution. But until then, vigilance on the part of fellow beachgoers could save a life.

“This is why, if you see someone you think is in trouble, just make the call,” said Stogdill, even if it turns out to be a mistake.