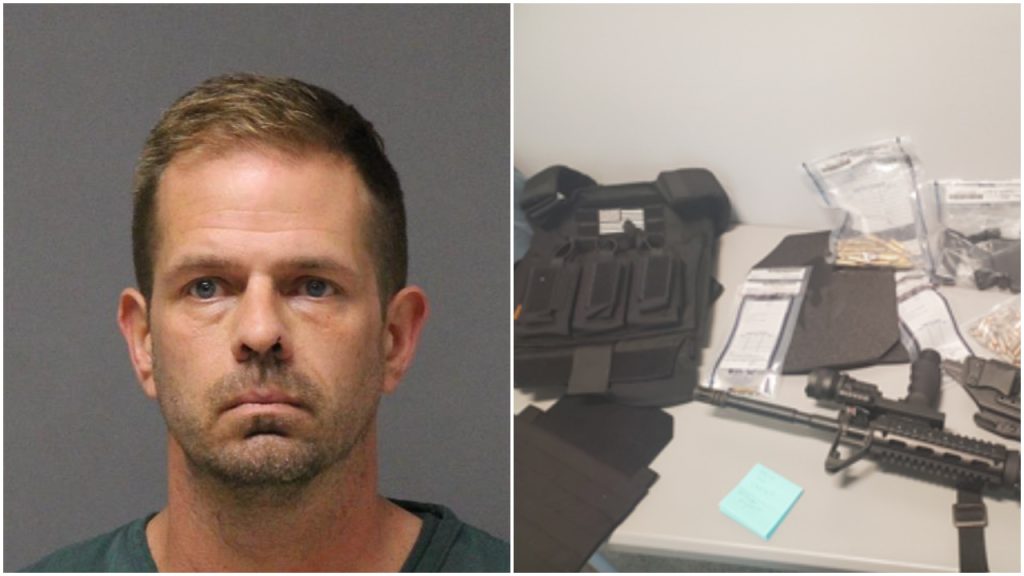 A registered sex offender from Toms River was wearing body armor and carrying more than 100 hollow-point bullets plus high-capacity magazines and a rifle when he was arrested following a minor car accident on Route 35 in Mantoloking, police said.

According to a statement from Mantoloking police, Jeremy W. Barringer, 46, was involved in a single-vehicle accident on the 1200 block of the state highway. When officers arrived, he was found to be wearing body armor, in possession of a loaded AR-15 rifle and three high-capacity magazines loaded with hollow point rounds – known as “cop killer” bullets since they have the capability of penetrating bulletproof vests – as well as a holder.


According to state police records, Barringer was convicted in 1999 of approaching young women on the street, entering their homes and sexually assaulting them. The crimes took place in Missouri.

Barringer was transported to the Ocean County Jail, where additional charges are pending. Bay Head police, the Ocean County Prosecutor’s Office and the NJ Department of Homeland Security also participated in the investigation.