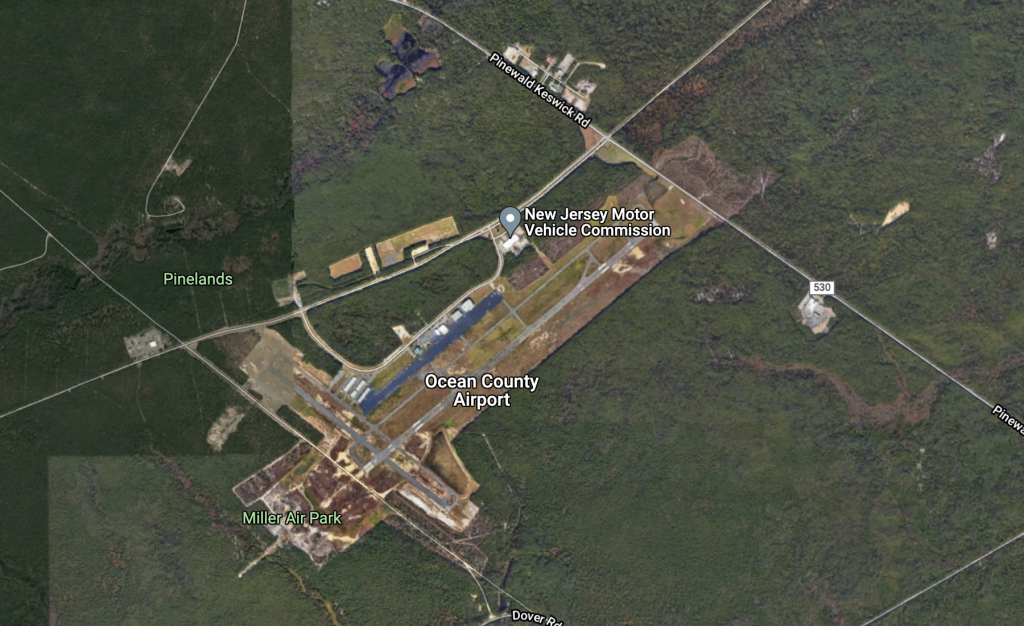 The Ocean County Airport – formerly known as Miller Air Park – in Berkeley Township will receive a federally-funded upgrade to its facilities as use of the airport has increased, officials said this week.

The Federal Aviation Administration has selected Ocean County to receive $1.45 million in upgrades to the airport infrastructure. The funding will provide a new apron, the area where aircraft are parked, refueled and boarded.

“It gives planes some more area to taxi on, plus there were some longitudinal cracks in the pavement which will be repaired,” said County Planning Director Anthony M. Agliata. “We repaved the apron expansion a year ago. That is where the larger jets park.”


Officials said there has been a marked increase in the number of small, private jets using the airport and paying for its services. Commissioner Joseph Vicari said much of the traffic has been connected with increasingly wealthy summer visitors, while the airport has also seen more flights supporting activity at the Joint Base as well as from emergency aircraft such as the local civil air patrol wing, medevac helicopters, forest fire aircraft and more.

“This year has been a big year for private jets coming in, owned by corporations, and others,” said Vicari. “A lot of people are coming here to Ocean County, bringing quite a bit of money with them, and staying here. So we’ve been very, very lucky.”

The airport, through alternative funding, is also receiving a new T-hangar, which will be accessed via the new apron. The crosswind runway will receive new markings as part of the project, and some smaller repairs and upgrades will also be completed.

Ocean County Airport has received a significant shot in the arm over the last several years, no doubt owing to its increased traffic. The crosswind runway was built, the main 6,000-foot runway was repaved and PAPI lighting was installed. The airport also now allows pilots to use an ILS (Instrument Landing System) approach, which opens the field up for larger planes and nighttime and foul weather use.

“What makes this airport a little unique is that we have the instrument landing system installed, which is the same as Teterboro, Newark or Philadelphia, so planes can still land in rough weather,” Agliata said.

The $1.45 million improvement project will be undertaken by CJ Hesse Construction and is currently slated to begin in the fall season, however if weather or other roadblocks occur, construction may begin when asphalt plants reopen in the early spring.