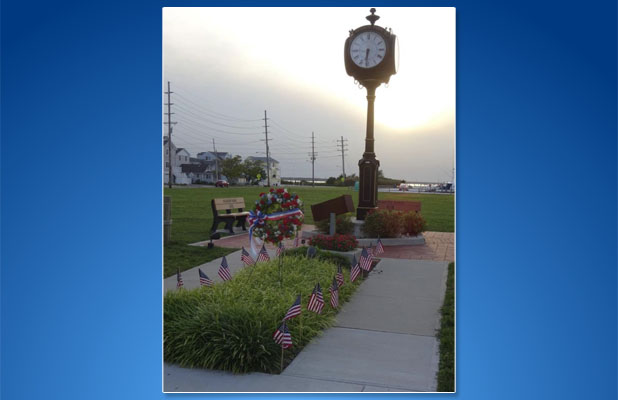 The island’s communities will be remembering the victims of the terrorist attacks on Sept. 11, 2001 this weekend, making the 20th anniversary of the deadly day that launched the United States into the Global War on Terror.

Below is a brief description of each of the events planned on the island, and their times and locations.

Seaside Heights: Seaside Heights is holding a 9/11 20th Anniversary Commemoration on Sept. 11, 2021 at 9:30 a.m. Speakers will include several local officials. The ceremony will be held at the Franklin Avenue Stage. In the event of inclement weather, the commemoration will relocate to the Carousel Pavilion at Sampson Avenue on the Boardwalk.


Lavallette: The anniversary of the 9/11 attacks this year fell on the same day Lavallette would usually be hosting a more festive patriotic event: Founder’s Day. The decision was made to hold both a solemn remembrance ceremony to begin the day before transitioning to the usual events of Founder’s Day, which itself is normally marked by patriotic themes and community service. The Founder’s Day date has not changed, as was erroneously posted on some social media sites.

The Sept. 11 ceremony will be held at 11 a.m. at the gazebo along Barnegat Bay, off Bay Avenue. A memorial plaque already stands at the site, and the event will feature comments from officials, a tree dedication and other presentations. A separate story on Founder’s Day (which will be held at the nearby park along the bay) will appear on Shorebeat within the next day.

Seaside Park: The borough will hold its Ceremony of Remembrance at 10 a.m. Saturday, Sept. 11 at the Seaside Park Marina, located at J Street and Central Avenue. The town’s three victims lost in the attacks, Dean P. Eberling, Thomas M. Regan and Robert F. DeVellis, will be honored. Speakers will include Mayor Emeritus Robert W. Matthies and there will be religious invocation and benediction by local clergy. Seaside Park police, firefighters and EMTs will participate in ceremonial duties including placement of a wreath at the borough’s memorial clock.

Brick: Brick Township will hold its annual 9/11 remembrance ceremony on the mainland at Windward Beach Park on Princeton Avenue. The ceremony and candlelight vigil will be held at 6 p.m. at the “Angel in Anguish” monument flanking the bay, which is inscribed with the names of the township’s eight victims: John Badagliacca, Brett T. Bailey, Robert P. Devitt, Michael D. Diehl, Jon A. Perconti, Jim Sands Jr., Thomas Sgroi and Christopher M. Traina.

Toms River: Toms River Fire Company #1 will host a Firefighter Memorial ceremony to honor the anniversary at 9:30 a.m. at the corner of Washington Street and Robbins Street in downtown Toms River. The ceremony will honor the memories of all lives lost, including 400 emergency personnel, during the attacks.