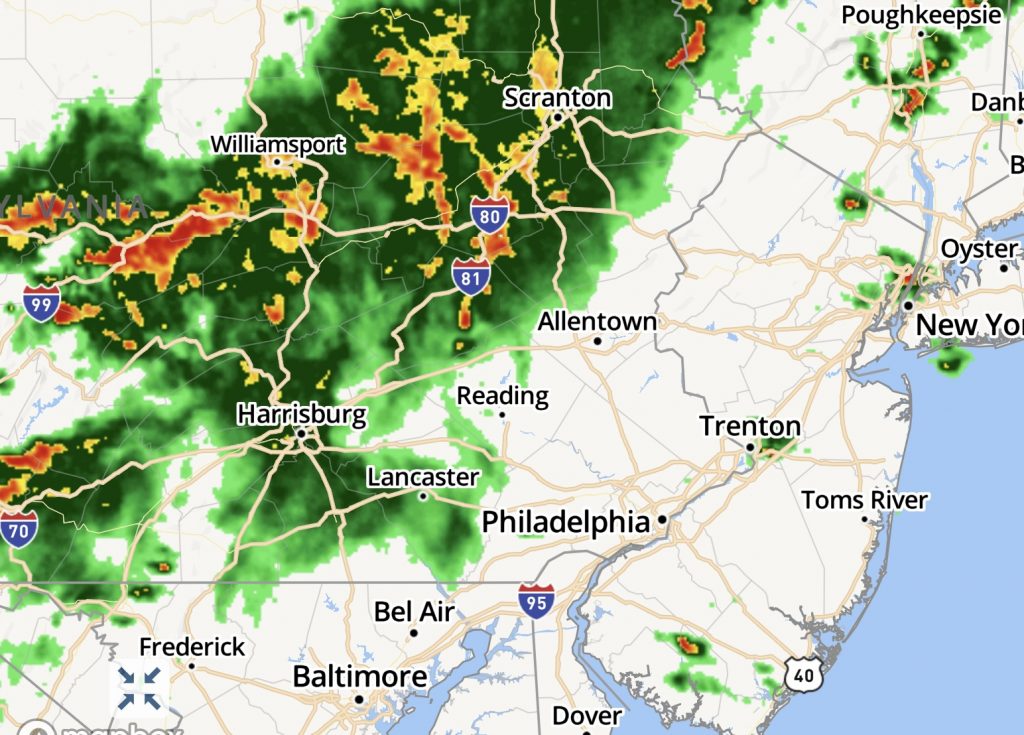 A wide line of severe thunderstorms currently in Pennsylvania will move east into the Shore area over the course of the late afternoon Thursday, prompting the National Weather Service to issue a tornado watch for Ocean County.

According to the NWS forecast, showers and thunderstorms will gradually move in after 3 p.m. and will remain a threat until about 1 a.m. The tornado watch itself runs until 9 p.m.

“Some storms could be severe, with large hail, damaging winds, and heavy rain,” the NWS forecast said.


The storm is predicted to bring in about an inch of rain, though local rainfall amounts could total about 3 inches if a particularly severe storm passes through. A tornado watch is issued when meteorological conditions “are favorable for the development of severe thunderstorms capable of producing tornadoes.: