Storms Could Bring Up to 4 Inches of Rain to Shore Area Thursday, Friday 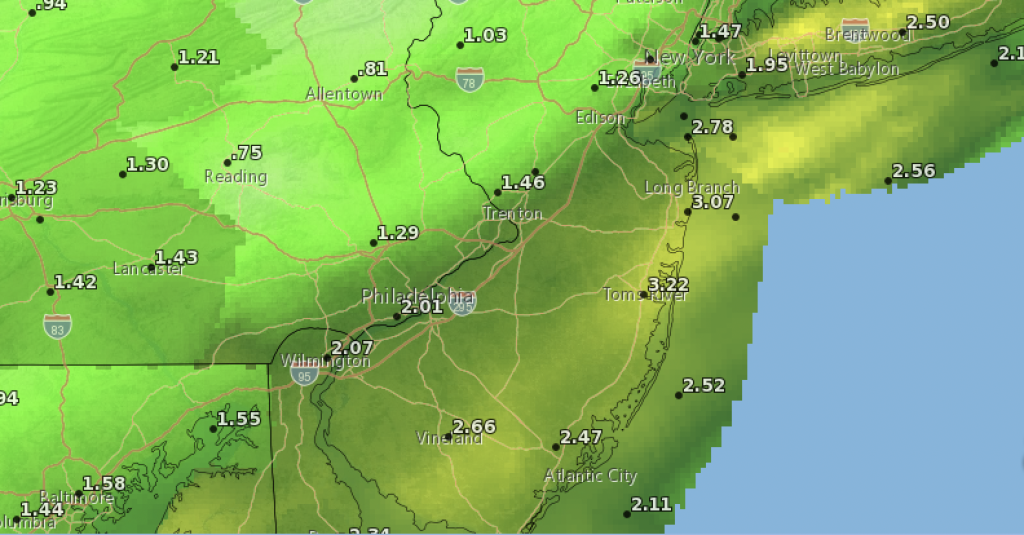 Lines of storms that will move through the Shore area Thursday and Friday could produce as much as 4 inches of rain locally, forecasters warned, as concerns continue to rise over Independence Day weekend plans.

According to the forecast from the National Weather Service, several instances of flooding are possible on Thursday, especially in poor-drainage areas and near particularly vulnerable small creeks and streams. There is also a moderate risk of rip currents on Thursday.

The primary issues will come in the form of severe thunderstorms. An initial batch of storms are forecast to roll through Thursday evening, likely around 5 p.m., which will produce heavy downpours and rainfall amounts between 1 and 2 inches. Those storms should move out of the area by 5 a.m., but not after an additional 1-2 inches of rain could fall as a second line of storms move through in the early morning hours.


Then, on Friday, a third round of storms will enter the Shore area, a half to three-quarters of an inch of rain after 8 a.m., on-and-off all day. Skies will be otherwise cloudy.

A smaller chance of storms will continue through Friday night, and Saturday will likely bring more wet weather. Forecasters are calling for a chance of showers, with thunderstorms also possible after 2 p.m. Saturday. It will otherwise be partly sunny, with a high near 73. The chance of rain is 40%. New rainfall amounts between a tenth and quarter of an inch, except higher amounts possible in thunderstorms, are predicted.