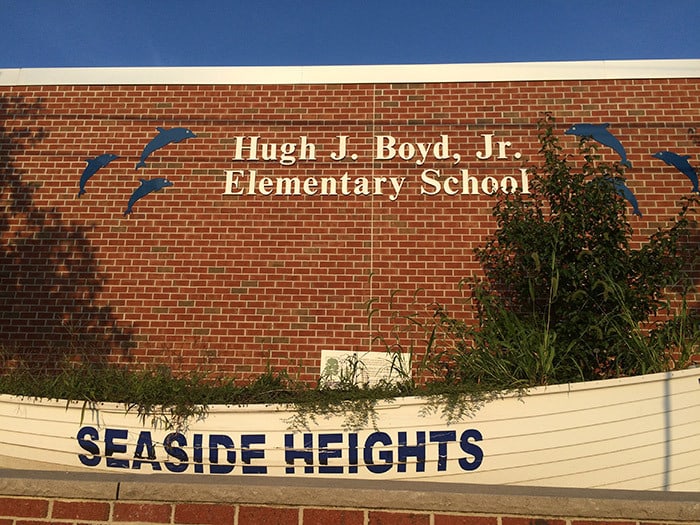 Seaside Heights has yet to recoup the $240 million of its ratable base that was lost during Superstorm Sandy, leaving the municipal government no choice but to apply for state aid to maintain public services. But the state is now ordering the borough to study the potential elimination of the local school district in order to, theoretically, reduce spending and allowing residents to pay more toward local expenses.

Dozens of parents of students at the Hugh J. Boyd Elementary School, the only school that serves Seaside Heights, came to Wednesday afternoon’s meeting of the borough council to advocate for keeping the school open. But officials said the state ordered every municipality in the state that receives transitional aid – most commonly used as a program to retain services in urban centers with declining tax bases – to study consolidating or eliminating school districts. Mayor Anthony Vaz said the study, which will be conducted by an independent firm, will look into the feasibility of establishing a sending-receiving relationship with the Toms River Regional school district.

A sending districts pays to educate the children it sends to the receiving district, a different relationship that having a municipality be subsumed by a larger school district that would impose its existing tax structure. It was unclear how a potential relationship with Toms River, or any other district, could affect taxpayers. The study will examine that issue as well as the core educational questions surrounding any consolidation plan.


“They’re looking for ways to save money – it’s called transitional aid for a reason, because they want you to transition away from state aid,” said Borough Administrator Christopher Vaz.

While construction has been booming in the borough, the bulk of it has been residential in nature, Vaz said, and the value of the businesses lost to the storm have not re-emerged. The residential real estate development “is a great step forward but it’s still a small part of $240 million,” he said.

The study is expected to be carried out as part of a long-term process. There is no chance that the Boyd school will close for the upcoming 2021-22 school year. Likewise, it is unlikely the study – whatever path it recommends – will produce a result in time for the following year either. The feasibility study will look into numerous areas of concern.

“They’re going to look at the educational impact but also the fiscal impact, including on the taxpayers,” said Borough Attorney Jean Cipriani. “We’re not doing the study ourselves – the state is covering the cost of an independent study.”

Parents hailed the school as a centerpiece of the community and were concerned over the idea of their children having to travel a distance over the bridge to go to school as opposed to in their hometown.

“I have a lot of mixed emotions about this whole thing,” said Councilman Harry Smith, who was a member of the school first class in 1967. “We will do what is in the best interests of the kids in Seaside Heights – their best interests, always.”