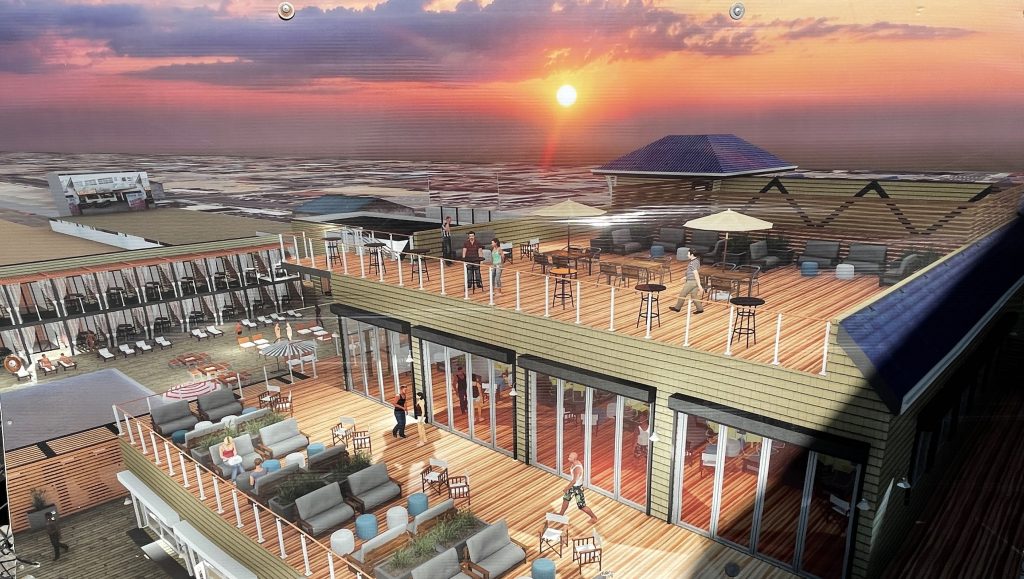 A rendering of a potential final layout of the Dupont Avenue Pier in Seaside Heights. (Photo: Daniel Nee)

The owner of the Dupont Avenue pier in Seaside Heights will present plans for a performance venue of some sort at a workshop meeting of the borough’s planning board next month.

Seaside Ocean Terrace LLC, which is currently building The Ocean Club, an outdoor pool club with beach cabanas and a bar built on a pier, will also be operating the adjacent pier at Dupont Avenue along the borough’s boardwalk. The company’s attorney, Joseph D. Coronato, had been planning to host a discussion with planning board members to gauge the town’s interest in the construction of a future venue at the pier, however a last-minute application that was filed on the same project called for a use variance, removing the ability for the project to be discussed at a workshop meeting rather than a more formal hearing. 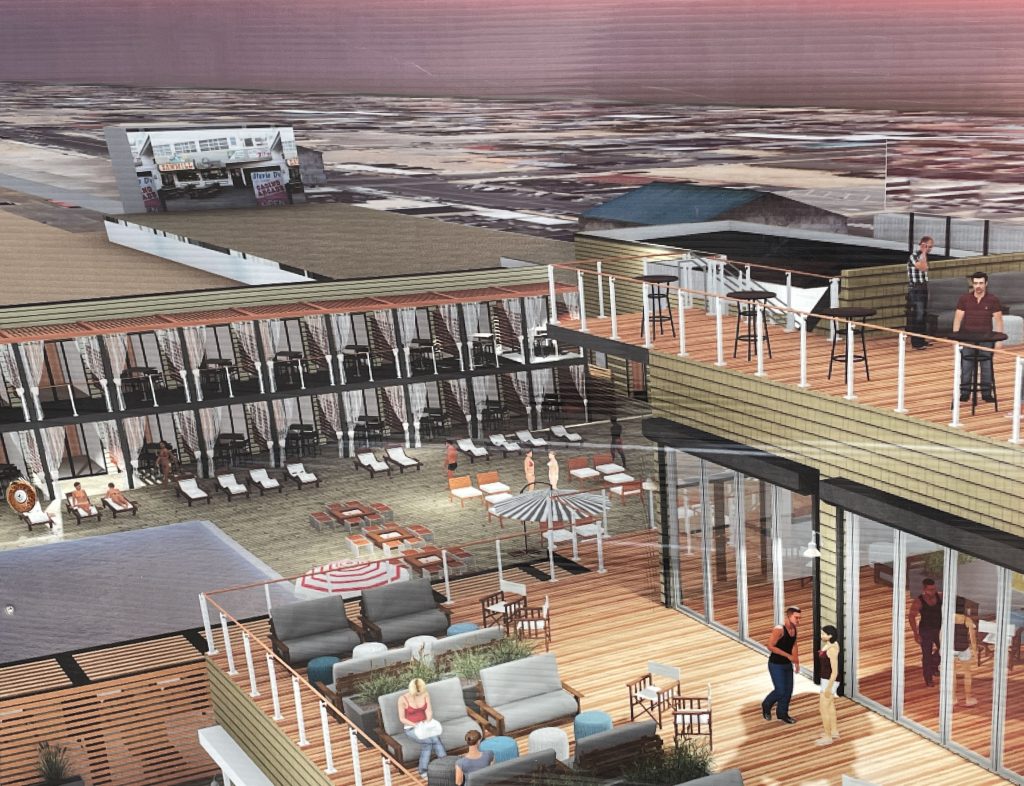 A rendering of a potential final layout of the Dupont Avenue Pier in Seaside Heights. (Photo: Daniel Nee)

As presented on an agenda, the developer was seeking input from the board on the potential addition of a concert venue with a lot area of 15,600 square feet to their existing project. But just hours before the planning board’s workshop meeting last week, the developer’s engineer submitted a plan that requested a use variance. Seaside Heights operates a combined land use board for planning and zoning matters, but the board must still operate in one capacity or the other, and some members are not eligible to vote on issues regarding use variances.

Coronato said the language of the application – specifically, a concert venue – was not necessarily correct, and that his clients were merely seeking input on what could be constructed on the pier.

“The concept is essentially for a theater which serves food, and that is what the applicant was really intending to present to the planning board,” Coronato said. “We are really looking for input since this is a concept and something we can change.” 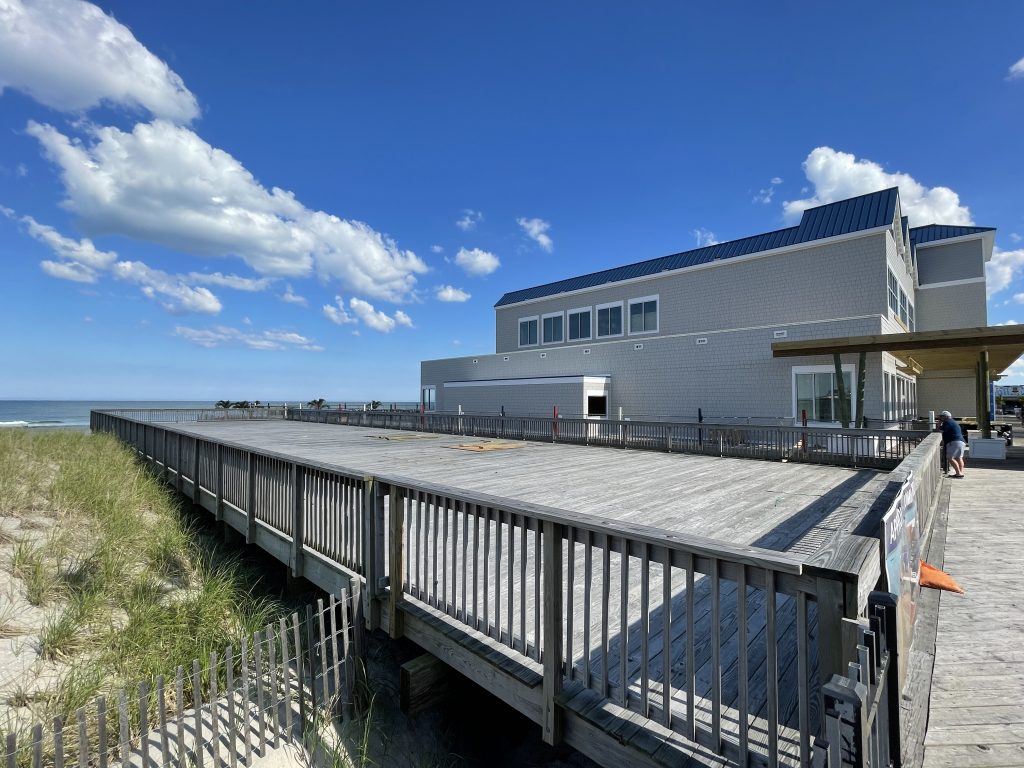 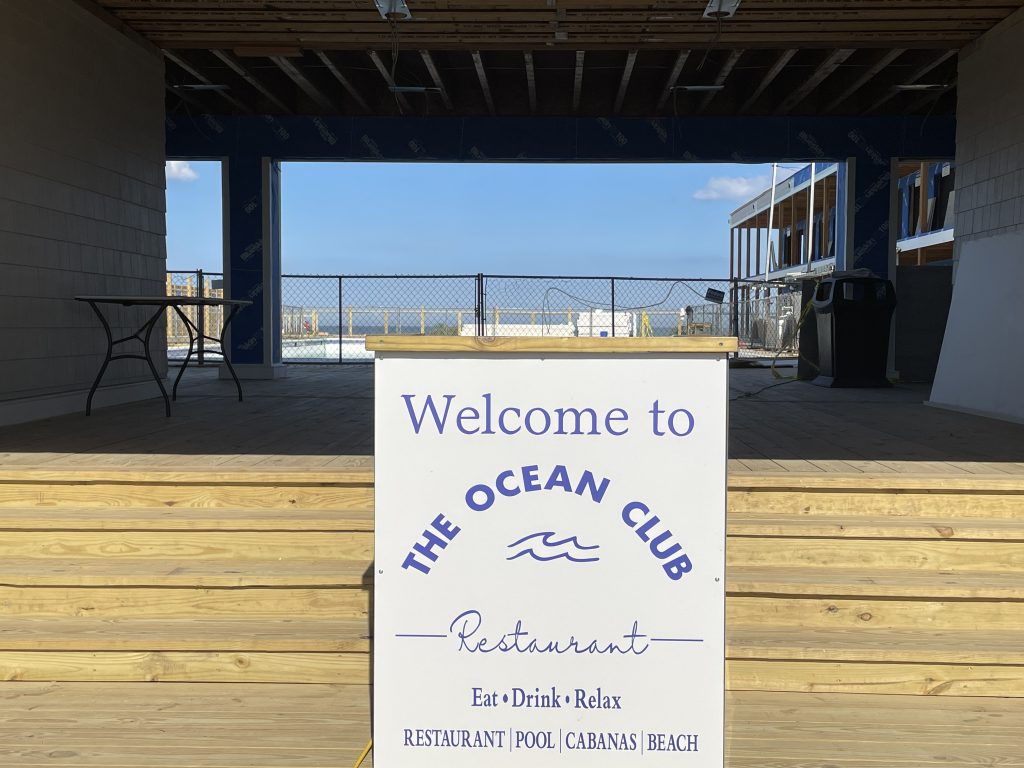 Coronato also said his clients would only propose a project that complies with the proper zoning usage for the pier.

“It is not the applicant’s intent to move forward with a use variance in any way, shape or form,” he added. “What we really want to do is get input from the planning board and we want to have the use consistent with what is permitted in the ordinance.”

Coronato said he would likely withdraw the application calling for the use variance and return with a new conceptual plan for a venue on the pier that does not require a major variance.

“We think that it was improperly marked ‘concert’ on the plans,” Coronato said.

The board’s next workshop meeting is scheduled for July 6 at 6 p.m. in the municipal court room.