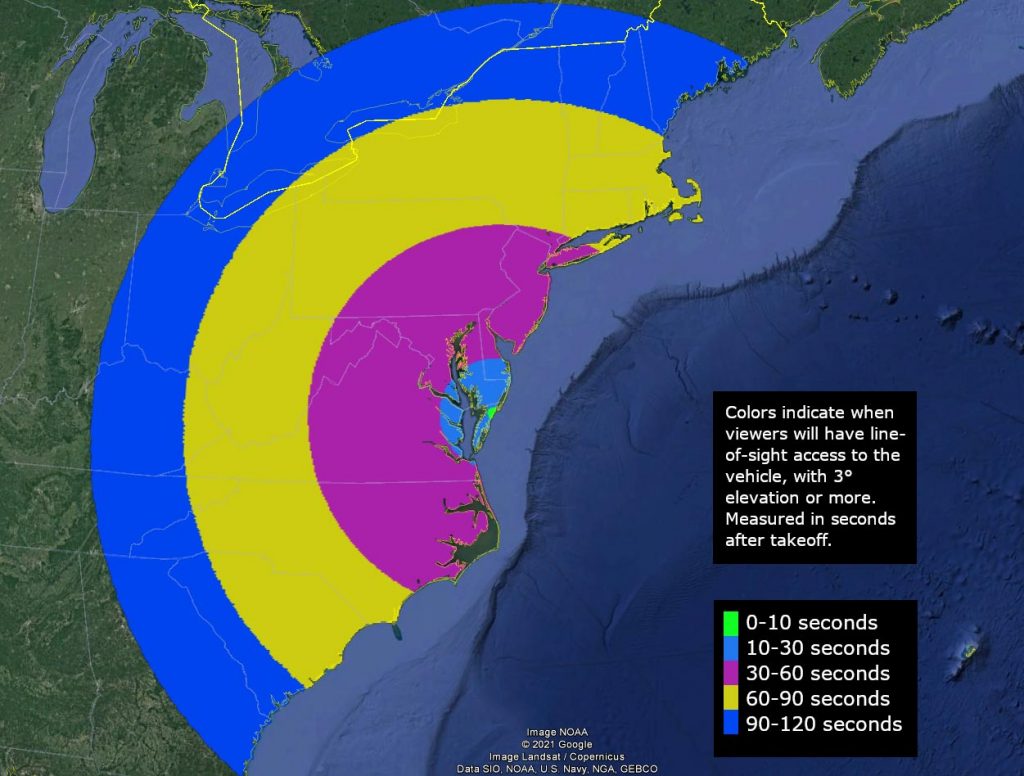 The launch timetable and zone for the Minotaur 1 rocket launch. (Credit: NASA)

Though it largely depends on whether overnight storms clear from the area in time, Shore residents have a chance to see Northrop-Grumman’s Minotaur 1 rocket launch from the Wallops Flight Facility on Virginia’s eastern shore Tuesday morning.

The launch is scheduled for 7 a.m. and would be viewable within 30 to 60 seconds locally if the skies are clear. The rocket is carrying three “national security payloads” for the National Reconnaissance Office, reportedly satellites that will provide intelligence to personnel at the NRO. Those who want to view the launch should head to the beach by 7 a.m. and look to the south-southeast.

Four rocket motors will launch the defense contractor’s cargo into orbit in four stages. The first three stages consist of materials that will burn up after launch, but the fourth will travel to space and deploy its payload. According to NASA, the satellites will likely orbit for about 20 years before falling back to Earth.


Live coverage of the mission countdown is scheduled to begin at 6:30 a.m. on the Wallops Island Facility YouTube channel.