Seaside Heights is home to some of the Shore’s best dunes, courtesy of the U.S. Army Corps of Engineers, but a clear view of the ocean from the boardwalk was sacrificed in favor of enhanced storm protection following the completion of a major beach replenishment project.

In 2019, borough officials decided to use an undeveloped portion of northernmost area of the boardwalk to build a new viewing platform that would allow anyone – especially those who are disabled or seniors – to get a view of the Atlantic Ocean.

The new viewing platform at Hiering Avenue received state inspection approval Wednesday and is expected to be open in time for the upcoming holiday weekend, according to Borough Administrator Christopher Vaz.


“Once we clear the area, we will have the deck open for the weekend,” he said.

Originally, the plan to build a viewing platform was conceived in 2013 as a settlement between the borough and the state Department of Environmental Protection to end a dispute over what could be constructed in the area. The settlement, in the form of an administrative consent order, was ratified several years ago. But since then, the U.S. Army Corps of Engineers has completed its beach replenishment project – necessitating a change to the original plan and making the installation of a viewing platform all the more important. 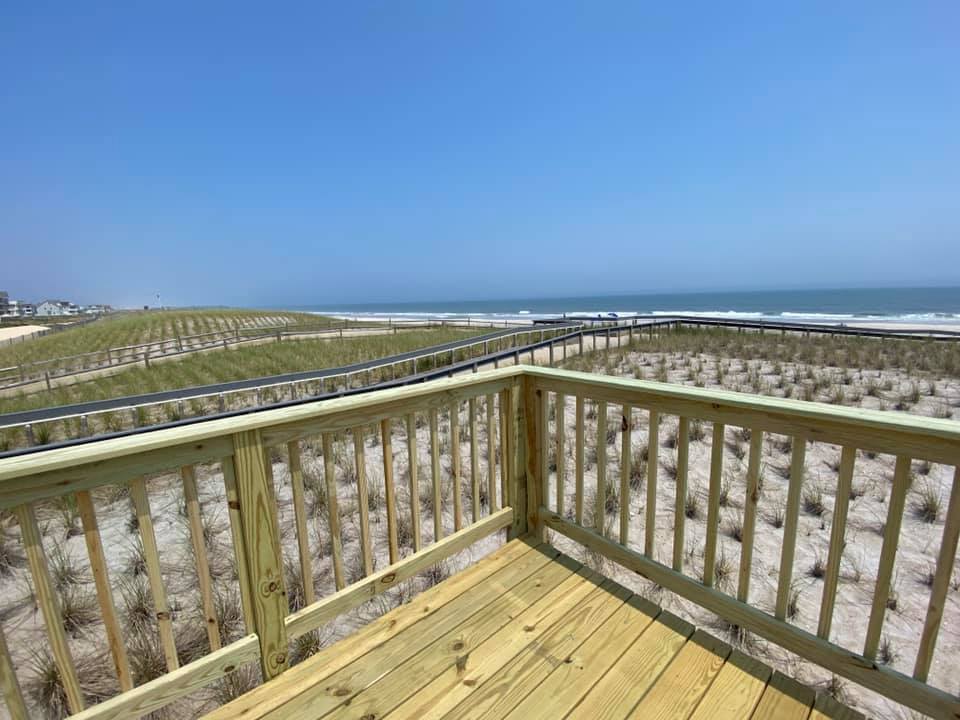 The platform was funded under last year’s capital budget and is fully accessible with a ramp-style entrance for wheelchairs and similar devices. The new “sun deck,” as it is being called, replaces a small stage that used to be located at the site.

In a major reversal of local trends, Verizon will expand its wired,…
X