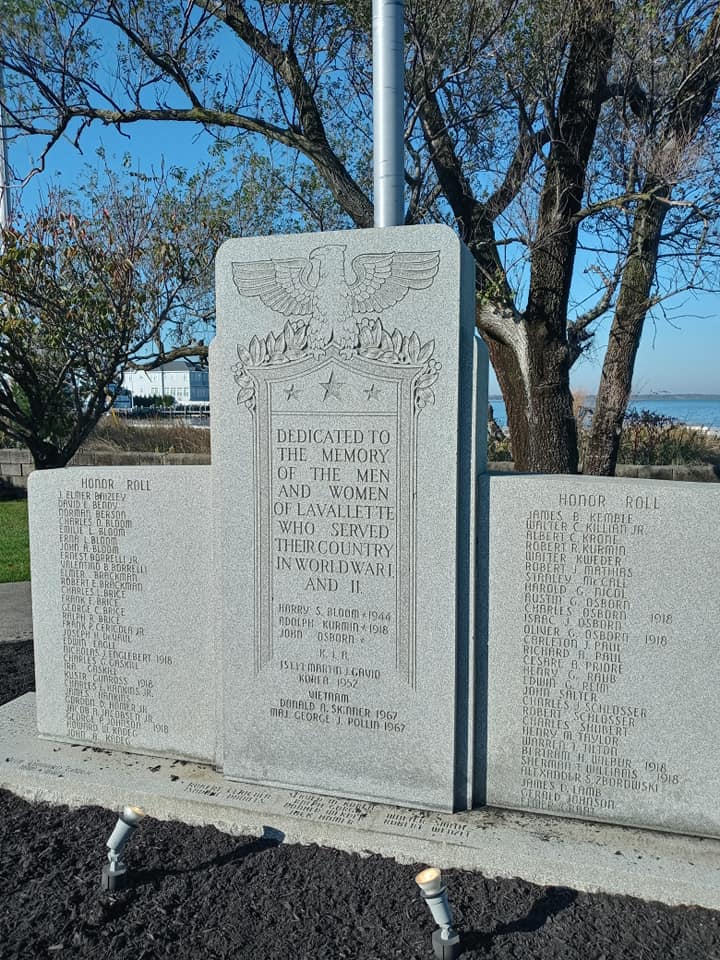 Memorial Day is a national day of remembrance of those men and women in the armed forces who died in service. From the Revolutionary War to Operation Enduring Freedom, Ocean County has honored its own who have died while serving.
What events are happening locally this Memorial Day Weekend to honor those who gave their lives in the military? Where are some of the war memorials in Ocean County and other spaces to remember?
Monday, May 31, the American Legion Post 351 of Seaside Heights will host its traditional Memorial Day Ceremony at 11 a.m. at the memorial in front of the post at 1400 Bay Blvd. Seaside Heights. For more information, call the post at 732-250-1366.
Lavallette will host its own Memorial Day Ceremony at its War Memorial, Brooklyn Ave and Bay Boulevard, at 11 a.m. to noon Monday May 31.
The Bayville area has several events taking place for Memorial Day. On that day, ceremonies will be held at 9 a.m. at Dover Chapel, at 11 a.m. at VFW Post 9503 Memorial Wall, and at 1 p.m. at the Ocean Gate Memorial Park.
The annual Toms River Memorial Day parade held on the holiday was cancelled this year as was announced at the time citing the pandemic restrictions in place.
Friday, May 28, the VFW Post 12173 on Gifford Road in Little Egg Harbor will host a brief Memorial Day ceremony as part of the Atlantic City Regional Stand Down event to provide services for veteran households experiencing homelessness or those at risk. The event is 11 a.m. to 2 p.m. For more information, contact Ken Hagemann at 609-393-1929. Additionally, the post will host its own Memorial Day Ceremony at 10 a.m. Saturday May 29.
Saturday, May 29, the Toms River Elks Lodge #1875 on Washington Street will host its Memorial Day event with a ceremony, followed by a barbecue event. The barbecue event tickets are $20 per person and tickets were still available as of May 24 by calling the main bar at the Elks, 732-349-9660 ext. 202. Elks members and guests are welcome. The event is 1 to 5 p.m. with the lodge closing at 6 p.m. that day.
Also on Saturday, May 29, the Sons of the American Legion, Post 129 on Church Road, will host its annual pig roast in support of the post and to mark the Memorial Day holiday. However, the event as of May 24 had sold out and walk-up tickets are likely not available.
The Brick Elks Lodge is also hosting its Memorial Day Weekend barbecue on Saturday, May 29 from 1 to 5 p.m. at the lodge, 2491 Hooper Ave. Elks and their guests are welcome, $25 per person, pay at the door.
Besides events and ceremonies, there are many local spots such as war memorials and flag displays that serve as a tribute to those who died as a result of their military service.
Southern Regional High School each year arranges flags in rows, with each flag representing a servicemember who died in Operation Iraqi Freedom or Operation Enduring Freedom. The somber installation on Route 9 in Manahawkin is on the school’s front lawn and stays in place from Friday through Memorial Day.
Brick resident William Duffy continues to share his history project honoring all Brick residents who died fighting for our country. The Brick’s Fallen Heroes exhibit, portions of which have been on display year round at the Brick VFW post, are now set up at the Brick Municipal Building. Duffy, a veteran and retired law enforcement, created the biographical panels, one for each Brick resident who died in service, showing history from their personal lives and time of service, and has had them on display since May 18 in town hall. To learn more, pick up a pamphlet at the display.
Additionally, around Ocean County there are several places to reflect and honor the lives of those residents who died fighting for our country. In addition to the above named spots, there are memorials at the American Legion Post 129 on Church Road in Toms River between the main post building and the Bunker Bar. Also in Toms River, several memorials downtown along the county building between the parking garage and on the streetside of Washington Street are dedicated to each war time period with local names.
There are also many local cemeteries where those who died in service are buried, and volunteers have taken each year to decorate the grave sites with flags and other memorials to honor them. Some of the grave sites include George Vanderveer, the namesake of the Toms River American Legion Post, who is buried in Riverside Cemetery in Toms River, and the Old Methodist Cemetery at Hooper and Washington streets in Toms River.
Did we miss a local event or a place of significance for Memorial Day? Please add to the list with information in the story comments.