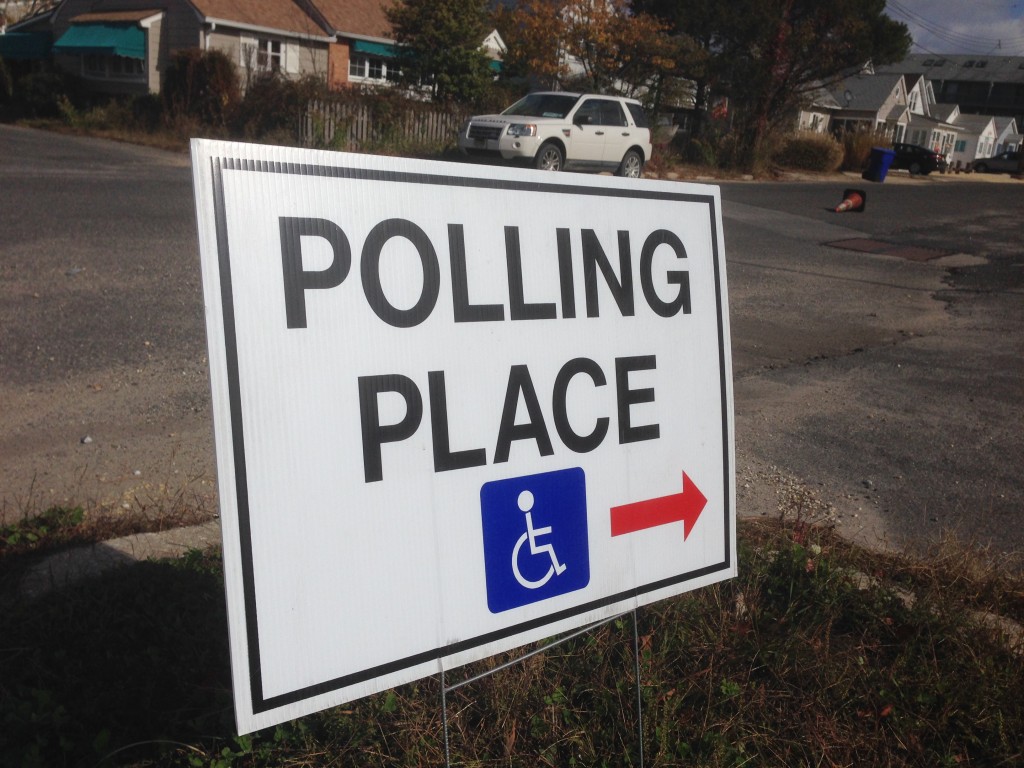 Officials have just months to purchase potentially millions of dollars in new voting machines, arrange for large amounts of space to keep records and train employees on how to use whichever system is ultimately chosen to accommodate 10 days of early voting under a measure signed into law by Gov. Phil Murphy earlier this week.

The Ocean County Board of Commissioners discussed the issue at length at its meeting Wednesday, though there are still dozens of questions surrounding the implementation of new systems and new protocols for record-keeping.

“It’s a big change for us,” said Commissioner Virginia Haines, a former state lawmaker who accompanied County Administrator Carl Block on a trip to Trenton recently for a briefing on the new law. “We went from voting last year with mail-ins only, and now we’re going to this system of early voting. It’s a rush to us. Your county clerks and election officials were not in favor of doing it this year, and they voiced their opinions on that, but unfortunately it went through.”


The law mandates each county in New Jersey set up between three and seven polling places where machine voting can take place for a period of nine days. Early voting ends two days before the general election, held the Tuesday after the first Monday in November, at which point the county must pivot back to the established polling system for traditional voting.

Block told Shorebeat he expects the cost of new voting machines, electronic cards and recording equipment, plus security and staffing, to be measured in the millions of dollars, however there are no county-specific figures available. The nonpartisan Office of Legislative Services forecasts the new voting law will add $77 million in costs, however the state has dedicated just $20 million to assist with implementation. This could represent an unfunded mandate, officials said.

“The poll workers normally work one day in November and one day in June,” said Block. “Now they’re going to work 10 days in October on top of that. Who’s paying that?”

The new regulations effectively create an entirely new polling system for early voting. Voters will have to check in at several “stations” in a polling place, receive an electronic card similar to a hotel room key and cast their votes, then return the card to polling workers who will reprogram it for the next voter. The machines and the records they produce must be impounded and protected by law enforcement until the general election is completed, and the records must be maintained for three years.

Murphy introduced the controversial new law this week alongside Secretary of State Tahesha Way, whose office will oversee the initiative, as well as Democrat activist Stacey Abrams, whose unsuccessful bid to become Georgia’s governor evolved into national advocacy for voting reforms.

Block said in Ocean County, there is little space left to keep records as it currently stands. More space will be required for thousands of ballots and it is likely that sheriff’s officers will need to be paid to secure the ballots after they are cast, since they must be quarantined until the traditional Election Day vote is completed.

“The existing machines don’t meet the requirements for the state’s paper trail, but nobody has discussed that yet,” said Block. “I have to think, at some point, we’re going to be hearing about that.”

Counties will be tasked with purchasing new voting equipment. Models from four manufacturers were shown to officials at the recent meeting, Haines said.

Block, who served as county clerk and oversaw elections before being named county administrator, said while costs, physical space and resources are major concerns, so is the prospect of training staff in what is likely to be a relatively short time span in between the delivery of the new voting equipment and the 2021 election. Haines said a proposal to launch early voting as a pilot program in one of the state’s smallest counties was rejected in favor of implementing the system statewide immediately – a decision she said was a mistake.

“All this technology is new for everybody, and it’s a concern doing it this quickly,” said Block. “You’re going to be doing early voting with a new system nobody has ever used.”