Fireworks to Return to Seaside Heights; Concerts, Events (And Wine) If Restrictions Are Lifted 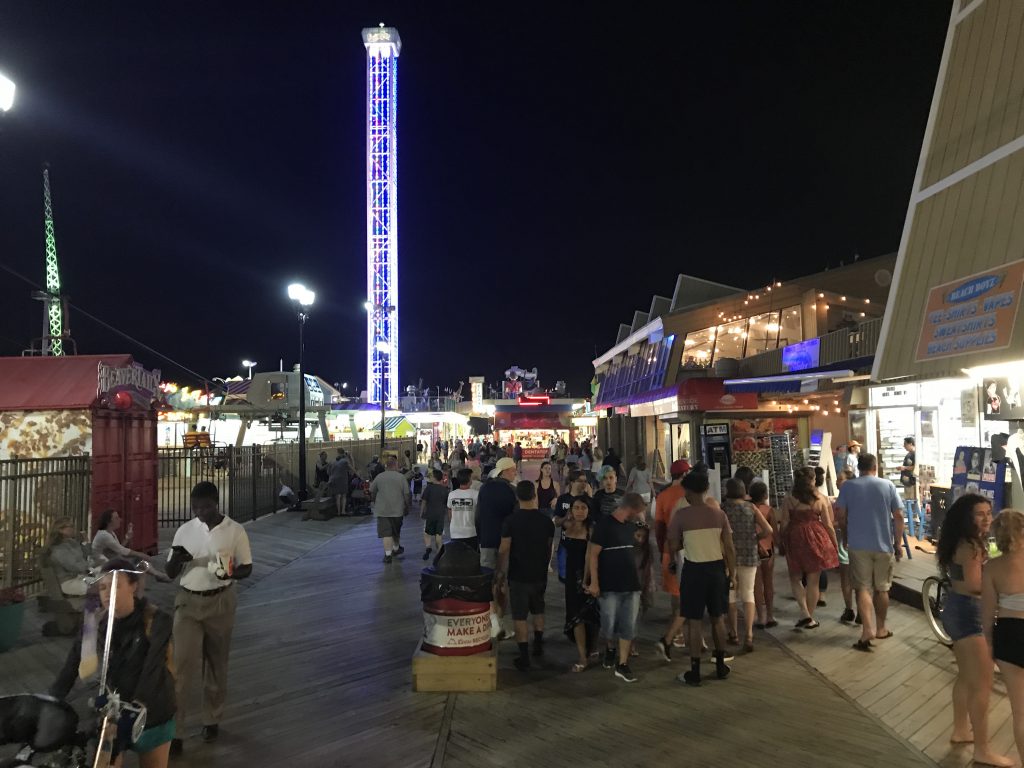 As New Jersey’s vaccinated population continues to grow, officials in Seaside Heights are planning to bring some familiar events back after a much quieter summer in 2020.

The borough council on Wednesday approved a slew of events that are scheduled to be held later this spring, during the summer and in the fall. Fireworks displays, which were restored late last season, will kick off on July 4 and continue each Wednesday night in July and August on the beach. The borough also approved acts for its summer concert series, which includes cover bands performing songs from the Allman Brothers and David Bowie, among others. The schedule for those events will be announced in the near future.

“We’ve been holding these items up to see what would be happening with the restrictions coming out of Trenton,” said Borough Administrator Christopher Vaz.


The weekly fireworks displays are a definite, but some other events are contingent upon the state lifting outdoor gathering restrictions. The borough is also planning to bring back its annual Wine on the Beach event Sept. 11, which will likely be able to go on even with restrictions since vendors can distance themselves from one another.

The current executive order from Gov. Phil Murphy limits outdoor gatherings to 200 people unless the nature of the gathering is political or religious. Seaside Heights’ events, like all Shore towns, are aimed at bringing people out to the boardwalk with the hope of supporting the local business community – but restrictions could make that unfeasible if they are not lifted before the heart of the summer season.

“We couldn’t do it if 200 is the limit, because there is no cost-benefit at that point,” said Vaz, explaining that concerts cost about $9,000 between booking talent, setting up equipment and providing the necessary services to support the event.

As residents and visitors hope for a return to normalcy in the future, the borough has planned the bulk of its events for later in the summer, as the state’s goal is to have a majority of the population vaccinated against coronavirus as dosage supplies increase.

“We’re not starting tribute bands until the middle of July. We’re not doing bonfires until August,” said Vaz. “So we’re being conservative about that. The wine festival is the biggest risk, but I’m told even if there is a reduction in capacity on the beach the wineries have the capability to handle that.”

The borough’s tourism website has a full list of events and programs set for this summer, including weekly bonfires beginning July 5, fireworks displays beginning a day earlier, and other unique events such as a one-man show depicting John Adams leading the United States to its independence, slated for July 1.

Bands set to perform include:

Fireworks shows will kick off July 4, then continue each Wednesday between July 7 and Aug. 25. Bonfires will be held Monday nights once restrictions are lifted, but are tentatively scheduled to last through Aug. 16.