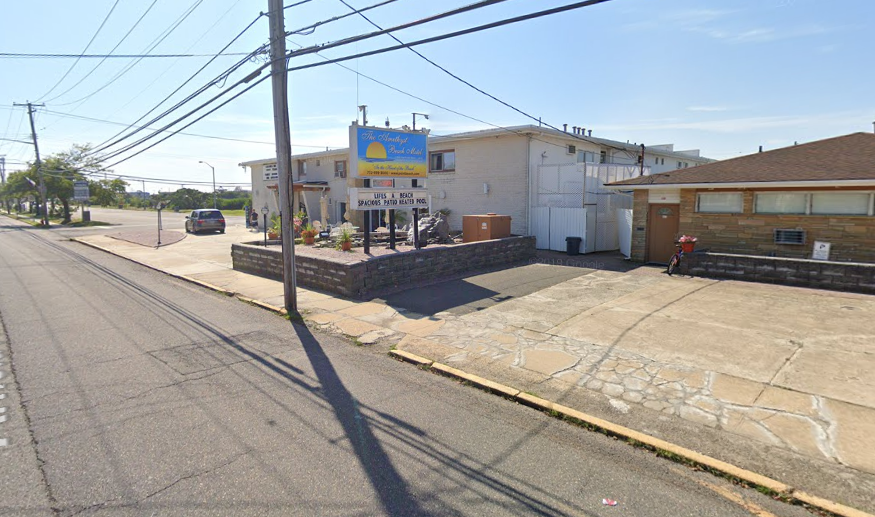 The Point Pleasant Beach borough council on Tuesday night signaled its support to acquire – either by negotiation or eminent domain – the Amethyst Beach Motel on Arnold Avenue.

Mayor Paul Kanitra introduced a discussion on the matter which was followed by a strong signal of support from council members to move forward. It is expected that the council, at its next meeting, will formally introduce an ordinance to buy the motel and several lots that surround it. No monetary figures were disclosed at Tuesday’s meeting, though a sample ordinance was provided along with the agenda. That document appears embedded below this story.

“The intent will be to tear it down and create more parking as a result of that,” said Kanitra.


Councilman Bob Santanello, at one point, prodded Kanitra on the reasoning behind purchasing the motel.

“When this was presented to us in closed door, there were two reasons you wanted to acquire this property,” he said.

It was largely implied that a secondary reason for acquiring the property was the motel’s history of attracting police attention. The motel’s history includes a high-profile incident in July 2017 in which a woman was sentenced to six years in prison for causing the drowning death of a friend during a drunken episode.

“It was discussed at length, and I want to make sure we’re clear on it,” Santanello said, referring to the “second reason” for the purchase.

“I think any other components and side effects associated with the property are well known by the police and residents in this town,” Kanitra replied. “If, as an unintended side effect of this, our police officers have time to handle other issues around town, that’s a net positive.”

The motel, located at 202 Arnold Avenue, is adjacent to Little Silver Lake and the borough’s largest parking lot which surrounds it. More parking spaces could translate into additional revenue for the borough, officials said.

The borough will attempt to negotiate with the motel’s owner before resorting to remedies such as eminent domain.

“The landowner has had a very difficult schedule,” said Kanitra. “He said he won’t be available until April, which will give us some time to get moving on this.”

The Ordinance Under Consideration