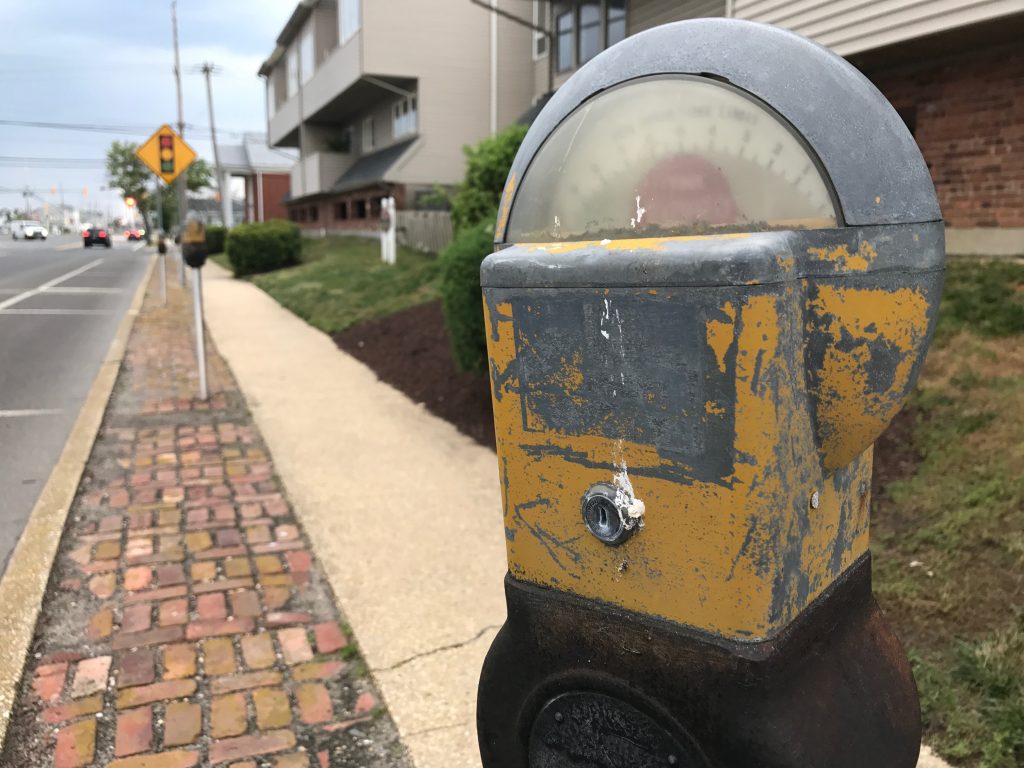 Point Pleasant Beach council members voted unanimously Tuesday night to raise the borough’s parking fees by 25 cents per hour and introduce new electronic meters. A related – but separate – discussion has the governing body considering whether to turn the entirety of the borough’s streets into pay-parking zones.

According to a copy of an ordinance introduced Tuesday night, embedded after this story, the cost of most parking spaces in town will rise to $2.50 per hour on weekdays and $3.25 per hour on weekends and holidays during the summer season. The railroad station parking lot fee will rise to $2.25 per day from May 15 to Sept. 15, and $1.25 per hour from midnight Saturday to 2 a.m. Monday every weekend during the summer between Memorial Day and Labor Day.

The council is considering a number of new parking enforcement mechanisms. New, modern meters would replace older coin-operated meters, and the borough could also implement a pay-by-plate system, where motorists would enter their payment into a smartphone app along with their license plate number, and a parking enforcement agent with a scanner would seek those parked unauthorized.


While the 25 cent increase easily passed muster with the council, there were more questions about a separate plan that could turn the entirety of Point Pleasant Beach into a paid parking zone.

“We operate parking lots to help keep our taxes low, but then we offer all this free parking,” said Mayor Paul Kanitra.

The borough is currently conducting a survey of residents to gauge their support or opposition to a variety of measures. The paid parking policy could be applied only to the areas of town accessible to ocean beaches – generally, using the railroad tracks as a dividing line – or throughout the town. Parking is free on most residential streets during the day, though it is restricted only to residents at night. Kanitra said the plan is being aimed at keeping tourists’ cars out of residential neighborhoods, including those beyond the traditional beachside streets.

“The big thing the residents don’t have an appetite for is this encroachment by tourists deeper and deeper into our town, looking for parking and everything that comes along with it – litter, noise,” said Kanitra.

Councilman Bob Santanello questioned the plan, saying it could end up as an annoyance for residents who do not live near the beach.

“Years ago when it was suggested, the majority of residents in these areas were against it,” he said. “Living in district four, I’m a little iffy about putting paid parking in front of my house for when my in-laws come to visit. I think it would eliminate a few issues, but we have to weight it out against unintended consequences.”

Santanello said he was also concerned with how paid parking rules might affect businesses in town.

“The one thing I don’t want is to hurt business downtown,” he said. “And we need a find a way to carve out that.”

If the borough were to go ahead with parking fees, it would be unlikely that county streets – often those running north-south off Arnold Avenue – would be covered, since Ocean County has a long-standing policy of refusing to add additional paid parking where it does not already exist.

“I think, in in general, the county position is, ‘not on our streets,'” said Borough Attorney Kevin Riordan.

Kanitra said the plan, which has not yet been placed on the agenda for a vote, is “for our residents.”

“It’s their town, it’s their resource,” he said.