Why Medevac Helicopters Land at Seaside Park Marina, And A Plan to Make Safer Landings 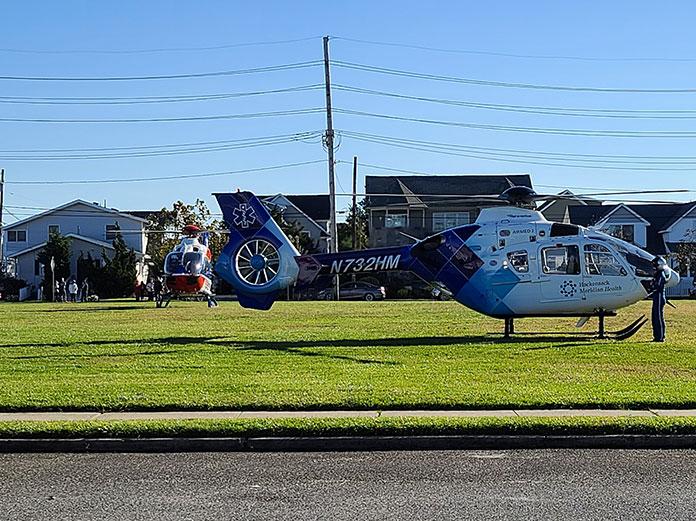 Seaside Park residents have, in recent times, become familiar with the sight of a medevac helicopter landing at the borough’s marina on J Street – but what prompted the flights to land and take off from that location?

The answer came at a Seaside Park borough council meeting Thursday night, when a simple safety improvement was also requested. Val Varga of the borough’s fire department said state authorities have requested a windsock, similar to the types found at airports, to be installed at the marina to assist pilots when they land and take off.

As for the use of the marina, Varga said the previous landing zone for medevac helicopters was located in a right-of-way near the S-curve along Route 35’s entrance to the island.


“The state requested we move it off the highway because when they were using it, we had to close the highway,” Varga said. “The state did not like that.”

The former site, as well as one in Seaside Heights, can be used as a backup – and they sometimes are, especially if there is any activities going on at the marina.

“If there are any events at all, the landing zone is off limits,” Varga explained. “If there’s even one tent, we move the landing site.”

Varga made the request for the windsock to the council.

“That landing zone was especially busy this summer, and we think the windsock would be a great asset,” he said. “It would also be a good tool for the boaters so they can determine the wind direction and speed before they go out on the water.”

The council was receptive to the idea. Councilman Frank “Fritz” McHugh said the borough should investigate grant funding for a proper windsock setup as it is an emergency management expense.

“It sounds like a worthwhile plan,” said Mayor John A. Peterson, with all council members in agreement.